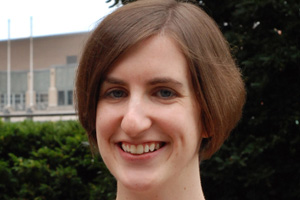 Kelly says that her motivation to start a career in journalism began at an early age. Her parents were big news and magazine readers. “During school I always enjoyed reading, writing, and analyzing content,” she says. “Due to my fascination with it, it was suggested that I take journalism courses. Once I did that, I began writing for the school newspaper and attended grad school. It was then that I decided that I wanted to pursue it as a career.”

Kelly admits that working in social media journalism has its pros and cons. When asked what she likes and dislikes most about working in journalism, she says, “I am a news junkie and I enjoy staying on top of what’s going on. I also really enjoy storytelling and reading the work of my colleagues who are the best at what they do. Since the emergence of social media, we are challenged with looking for new angles for stories that have already been told, which is exciting. Conversely, the most difficult thing about being a social media editor is turning it on and off. Working for a news brand, content has to stay fresh. Because of that, it’s hard to take a sick day or vacation. This type of job, while exciting, really affects the way that you live your life.”

According to Kelly, her experiences at AU were beneficial to her career. “AU is a great school for a number of reasons,” she says. "The thing that I loved the most was the program at SOC. You didn’t just sit in the classroom. They asked you to go out, report, and write a story without a lot of direction. That’s the best approach, in my opinion.”

Kelly also found faculty at SOC to be great resources. She says, “AU has fantastic professors. Lynne Perri, for example, was amazing. She was very beneficial to my career and many of my classmates. She has a number of connections in the D.C. area, and she helped me to obtain an internship at National Geographic, which turned into a full time job.”

Since social media jobs are relatively new, most don’t understand the responsibilities involved with being a social media editor. Of what might constitute a typical day, Kelly says, “Most of my day is spent updating the social media accounts, specifically, Twitter. I review the feed, how people are responding to our news, and adjusting the flow of the news that will come. Additionally, I pitch story ideas for TIME.com, assist with writing articles for the magazine, and act as a resource to my colleagues.”

While Kelly is pleased with her career accomplishments, she says that the field is changing rapidly so it’s tough to speculate where she will be 10 years from now. She says, “If you had told me ten years ago that I would be the social media editor at TIME.com, I would have never believed it because this type of job didn’t exist then. So, my job ten years now probably hasn’t been thought of yet. That’s the great thing about this field. Ideally, I will still be involved in digital online news. This is where my passion is.”