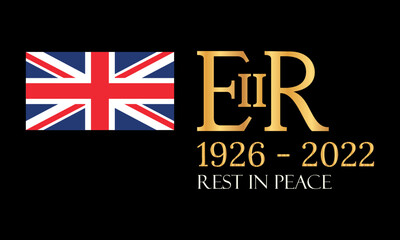 On Thursday, September 8, Queen Elizabeth II’s death was officially announced by Buckingham Palace, marking the end of a 70-year reign. The Queen was the UK’s longest-serving monarch – serving from the “industrial age to the Internet age.”

Her death has brought together the British people in mourning for the much-loved Elizabeth, and at the same time, it has stoked criticism over the monarchy’s enrichment from the British empire’s colonization of African, Asian, and Caribbean nations. It has also raised questions about the role of the monarchy and the Commonwealth going forward under King Charles.

We asked Distinguished Professor of History Allan Lichtman to weigh in on Queen Elizabeth’s reign, legacy, and special relationship with the United States — as well as what her death might mean for the British people, the Commonwealth, and the world. Lichtman is an award-winning author who appears regularly on major media outlets to comment on history and politics. His prediction system, the Keys to the White House, has correctly predicted the outcomes of all US presidential elections since 1984.

Q. In London, people lined up for five miles for a chance to file past the Queen’s coffin and pay their final respects to her. Can you explain why so many people loved Queen Elizabeth, both in the UK and in the US?

Q. Queen Elizabeth II met with 13 of the last 14 US presidents. What role did she play in cementing the special relationship between the United States and Great Britain?

A. The Queen had no formal power over the relationship between the US and Great Britain. However, her non-partisan meetings with US presidents were important for reminding Americans of the enduring special relationship between the two nations. American presidents generally gloried in the meetings with the Queen, which were well-publicized in the US and essentially free of the politics that inevitably accompany meetings between heads of government. President Ronald Reagan said, “I hope that this visit (of Queen Elizabeth) would have served to strengthen even further the friendship between our countries and to remind the world that we are allies for always.”

Q. King Charles III’s ascent to the throne comes as several Commonwealth nations are re-evaluating their relationship to the British monarchy. Do we know what might happen next?

Q. During her reign, Queen Elizabeth lived through some momentous times and historic events. Can you share your historical perspective on those 70 years? Looking back and looking forward, is it possible to predict what Charles might face going forward?

A. Queen Elizabeth began her reign during the early days of the Cold War. She lived through the collapse of the Soviet Union, the rise of international terrorism, and the onset of the Putin dictatorship in Russia. Elizabeth reigned through the terms of 16 prime ministers, representing both the conservative and labor parties. She was the monarch when Britain joined the European Union in 1972 and when it withdrew through Brexit in 2020. Her tenure included Britain’s successful campaign in the Falklands and Gulf wars and its unsuccessful participation in the wars in Vietnam, Iraq, and Afghanistan. She reigned through the “troubles” between Britain and Ireland and played a role in repairing relations between the two nations.

King Charles faces a daunting challenge in following the well-loved British Queen. There is no doubt about his intelligence and devotion to important causes such as the battle against catastrophic climate change. However, he will likely have to temper his issue advocacy and his prickly personality. He still suffers from ongoing bitterness in the British public about his troubled marriage to the late Princess Diana. He takes the throne at a time of scandals within the royal family and the possibility of nations withdrawing from the Commonwealth.

Q. What do you believe is Queen Elizabeth II’s legacy?

A. Her legacy will be that she performed the difficult role of a British monarch through 70 years of enormous changes in the UK and the world. She completed her role with as much effectiveness as could be expected of a monarch in the modern world. She served as a figure of dignity and stability, through the ever-changing winds of politics. As the head of state, she provided for people in the UK and Commonwealth nations as a symbol of their common bonds that no political figure could provide.