“We’re trying to get middle school students interested in science—seeing it as fun, but also as something practical that can be applied to things in their own lives,” said AU Professor of Physics Gregg Harry, Optics Olympiad founder and coordinator. Harry, a member of the prestigious LIGO Scientific Collaboration, focuses his research on how to improve the optics of the mirrors used in machines that detect gravitational waves. 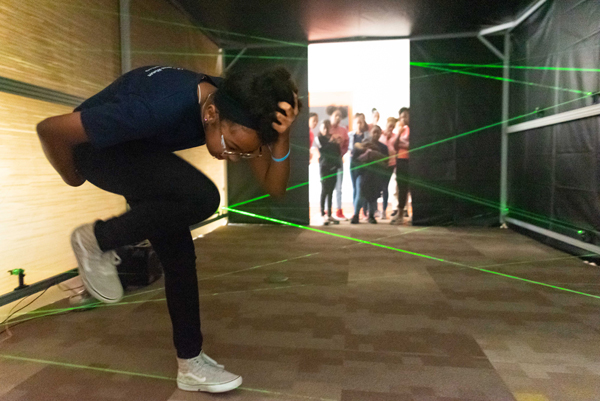 “The students always enjoy the laser maze, where they learn how lasers always travel in straight lines by trying to traverse the maze without breaking any of the beams,” said Harry.

The students came from Hart Middle School, Hardy Middle School, Washington School for Girls, and the Inspired Teaching Public Charter School. After a morning of interactive activities revolving around research in the areas of lasers, vision, and optical engineering, the students had lunch, which included a discussion about college and careers. It was facilitated by AU students, faculty members, and professional scientists visiting from Johns Hopkins University and the Mitre Corporation. 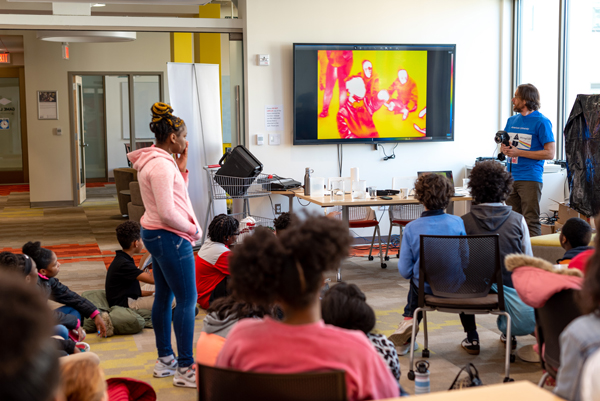 Finally, it was time for the competition, a Jeopardy tournament that gave students an opportunity to show off their newfound physics and optics knowledge. The final round of Jeopardy lots of jockeying back and forth among the teams for the top three positions, but it resulted in Hardy Middle School sweeping the gold, silver, and bronze medals for the second year in a row.

“The fourth annual Optics Olympiad was a day of fun, learning, and competition that introduced the wonder and practicality of optics to Washington, DC, middle schoolers,” said Harry. “The success of the Optics Olympiad comes every year from the enthusiasm and curiosity of the middle school students, the hard work of the volunteers, and the dedication of the teachers.” 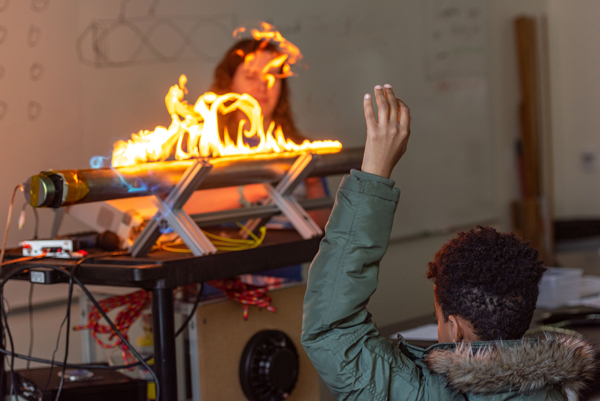 The event was made possible by grants from the National Science Foundatation, the Optical Society, and the DC NASA Space Grant.

Harry points out that the event also relies on volunteers for most of the staffing, primarily AU faculty, staff, and students. “We appreciate how many people contribute their time and work so hard to make the day a success,” he says. 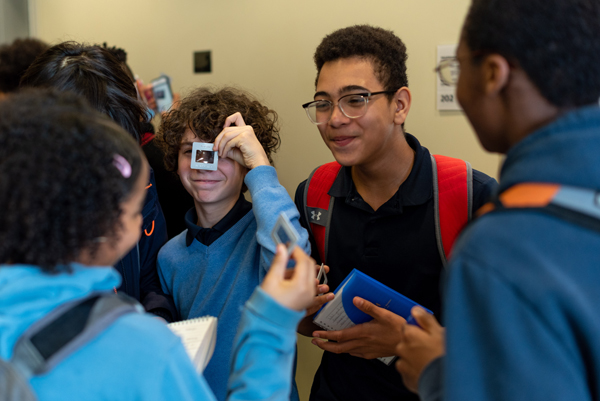