Ms. Carmel will endow and elevate the former Initiative for Russian Culture (IRC) to fund the existing operations of the IRC in perpetuity to enhance and expand its already robust programming in cultural diplomacy. Since its inception, the IRC has promoted greater understanding of Russian culture's versatility and richness among all students in the Washington area's Consortium of Universities. Its work continues to build lasting connections between Russians and Americans. More than 14,000 students and guests in the Washington Metro region have participated in IRC film screenings, panel discussions, and cultural experiences. 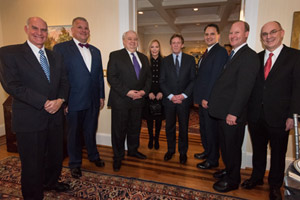 The president of American University hosts a reception and dinner in honor of Susan Carmel Lehrman's generous gift.

The institute will build upon this foundation by offering new classes, additional study abroad opportunities, and more robust academic symposia.

According to Ms. Carmel, "I am especially excited about the creation of the Carmel Institute of Russian Culture and History because it will establish all of our programs in perpetuity and add to these a growing network of student and professorial exchanges with Russian universities. With the further endowment of the Institute, our educational outreach will widen. This is important because I believe that there is no better way to get to know people than to live among them and listen to their opinions about themselves, about the world, and about one's own country." 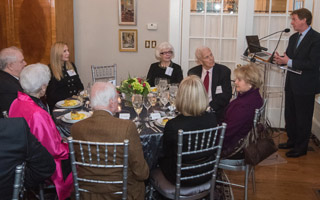 "American University is very grateful to Ms. Carmel for her leadership, philanthropy, and investment in American University, the Washington Consortium, and her efforts to further cultural understanding," said American University President Neil Kerwin. "The Carmel Institute dovetails with the university's educational mission, while capitalizing on many of the wonderful cultural, global, intellectual, and social opportunities that abound in Washington, DC. This opportunity will provide transformative experiences for AU students, faculty, and others throughout the world."

The institute will be a hub for symposia and cultural events held at AU to advance the study and appreciation of Russian culture, in the broader academic community, and in the general public, and will promote and sustain cultural dialogue and exchanges among Russian and American students. 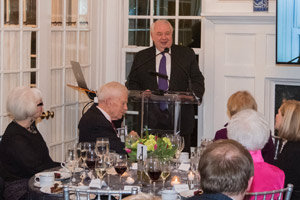 Ambassador of the Russian Federation to the United States Sergey I. Kislyak speaks of the importance of culture in Russian-American relations.

"The Carmel Institute will be unique in North America in using Russian culture as a way to understand this complex society's past and present," said Institute Director Anton Fedyashin.

The Carmel Institute draws on the particular strengths of American University's educational mission, while capitalizing on the cultural, global, political, and intellectual nature of Washington, DC.

AU College of Arts and Sciences Dean Peter Starr was instrumental in seeing Ms. Carmel's gift to fruition. "I am grateful to Ms. Carmel for her exceptional vision and commitment to a project that truly has no peer in the realm of university-based cultural initiatives," said Dean Starr. 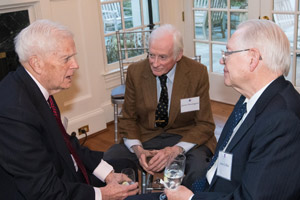 From 12:15 to 4:00 p.m. on April 11, in the Abramson Family Recital Hall of the Katzen Arts Center, the Carmel Institute of Russian Culture and History will hold its 4th Annual Symposium entitled, "The Strength of Cooperation: Lessons from the Grand Alliance, 1941–1945," and also celebrate the new institute's establishment. Reporters are invited to attend and cover this event, which is also open to members of the public who register.