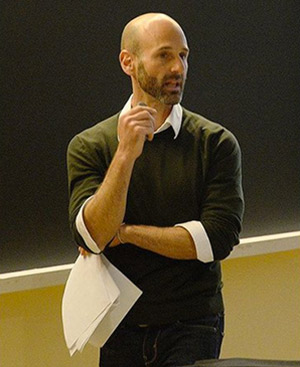 The report is titled Creating Refugees: Displacement Caused by the United States’ Post-9/11 Wars, and its numbers were derived by counting refugees, asylum seekers pursuing protection as refugees, and internally displaced people in the eight countries that the United States has most targeted in the post-9/11 wars: Afghanistan, Iraq, Pakistan, Yemen, Somalia, the Philippines, Libya, and Syria.

Creating Refugees was released by the Costs of War project housed at Brown University’s Watson Institute. Vine has been a board member of the Costs of War project since its founding in 2010 and also a contributor to its research and reports. Since its release earlier this month, Creating Refugees has received extensive media coverage in major news outlets including the New York Times, The Guardian, Fox News, the Daily Beast, Voice of America, Forbes, The Hill, and News24. Internationally it has been covered by French, Turkish, Chinese, and Arabic-language media.

Thirty-seven million is a conservative estimate, says Vine. It does not include the millions more who have been displaced by other post-9/11 conflicts where US forces have been involved in “counterterror” activities in Burkina Faso, Cameroon, Central African Republic, Chad, the Democratic Republic of the Congo, Mali, Niger, Saudi Arabia, and Tunisia. Additionally, many displaced people avoid registering with governments and international organizations and thus are not counted in statistics.

Vine and the Public Anthropology Clinic also limited calculations for Syria to displacement in the five Syrian provinces where the US government has waged its anti-ISIS war since 2014, rather than displacement involving US-backed rebel groups and other fighting since 2011 in the country’s civil war. The report notes that “Some would argue that we should include all displaced Syrians given the role the US war in Iraq played in shaping the Syrian civil war and the creation of the Islamic State.” Between a larger estimate for Syria, and potential undercounting in displacement statistics across the wars, the total number of persons displaced by the US post-9/11 wars could be closer to a staggering 48-59 million.

“To be clear,” Vine writes in an op-ed published in The Guardian, “the US government is not solely responsible for displacing 37 million people. The UK government and other US allies, the Taliban, Iraqi Sunni and Shia militias, Syrian dictator Bashar al Asad, the Islamic State, Al Qaeda, and other combatants, governments, and actors share responsibility as well.”

“The displacement documented in this paper is not simply a matter of ‘unintended consequences’ or ‘collateral damage’ that can be easily pushed aside or dismissed,” says Vine and the Public Anthropology Clinic. “The displacement and other suffering must be central to any analysis of the post-9/11 wars.”

Creating Refugees was released in conjunction with the AU School of Communication’s Investigative Reporting Workshop, which also recently published a series of pieces on Vine’s forthcoming book, The United States of War: A Global History of America's Endless Conflicts, from Columbus to the Islamic State (University of California Press), which will be released October 13. The United States of War is the third in a trilogy of books about war and peace written by Vine, including Base Nation: How U.S. Military Bases Abroad Harm America and the World (Metropolitan/Henry Holt, 2015) and Island of Shame: The Secret History of the U.S. Military Base on Diego Garcia (Princeton University Press, 2009). As part of the Network of Concerned Anthropologists, David has helped write and compile Militarization: A Reader (Duke University Press, 2019) and The Counter-Counterinsurgency Manual or, Notes on Demilitarizing American Society, (Prickly Paradigm Press, 2009). Vine’s other writing has appeared in the New York Times, Washington Post, The Guardian, Mother Jones, Boston Globe, Huffington Post, and the Chronicle of Higher Education, among others.

Vine is also a co-founder of the Overseas Base Realignment and Closure Coalition and a contributor to TomDispatch.com and Foreign Policy in Focus. His interest in war and its effects on populations across the world goes back to his earliest work in graduate school, right before the attacks of 9/11, when he was asked to help research how indigenous people were displaced when the United States built a secret military base on the Indian Ocean island Diego Garcia. Since then, displacement, war and refugees, and international human rights issues have always been part of Vine’s scholarship and writing.

Vine has been teaching AU’s Public Anthropology Clinic since 2014. He models the class, offered to undergraduates and grad students, on legal clinics with the goal of using the class to produce work with real impact outside the classroom.

His hope for the Creating Refugees report is to cast light on the previously undocumented human suffering from the ongoing US wars and other military conflicts since 2011. “Personally, I would like to play some role in making policy changes to stop the endless wars,” Vine says. “I will be briefing members of Congress on the report, and I hope that the specifics will push the US government to repair some of the damage inflicted on tens of millions of people across the post-9/11 wars.”