A delightful arts crossover was born when Sense and Sensibility actors visited the AU Museum in costume to find their “twins” amongst the historical portraits on view in the exhibition Sitting Pretty: 200 Years of American Portrait Painting from the Collection of the Corcoran Gallery of Art.

American University’s sold-out production of Sense and Sensibility delighted audiences at Katzen’s Studio Theatre in early December and capped off a semester of blockbuster performances that included Cabaret and Everybody. 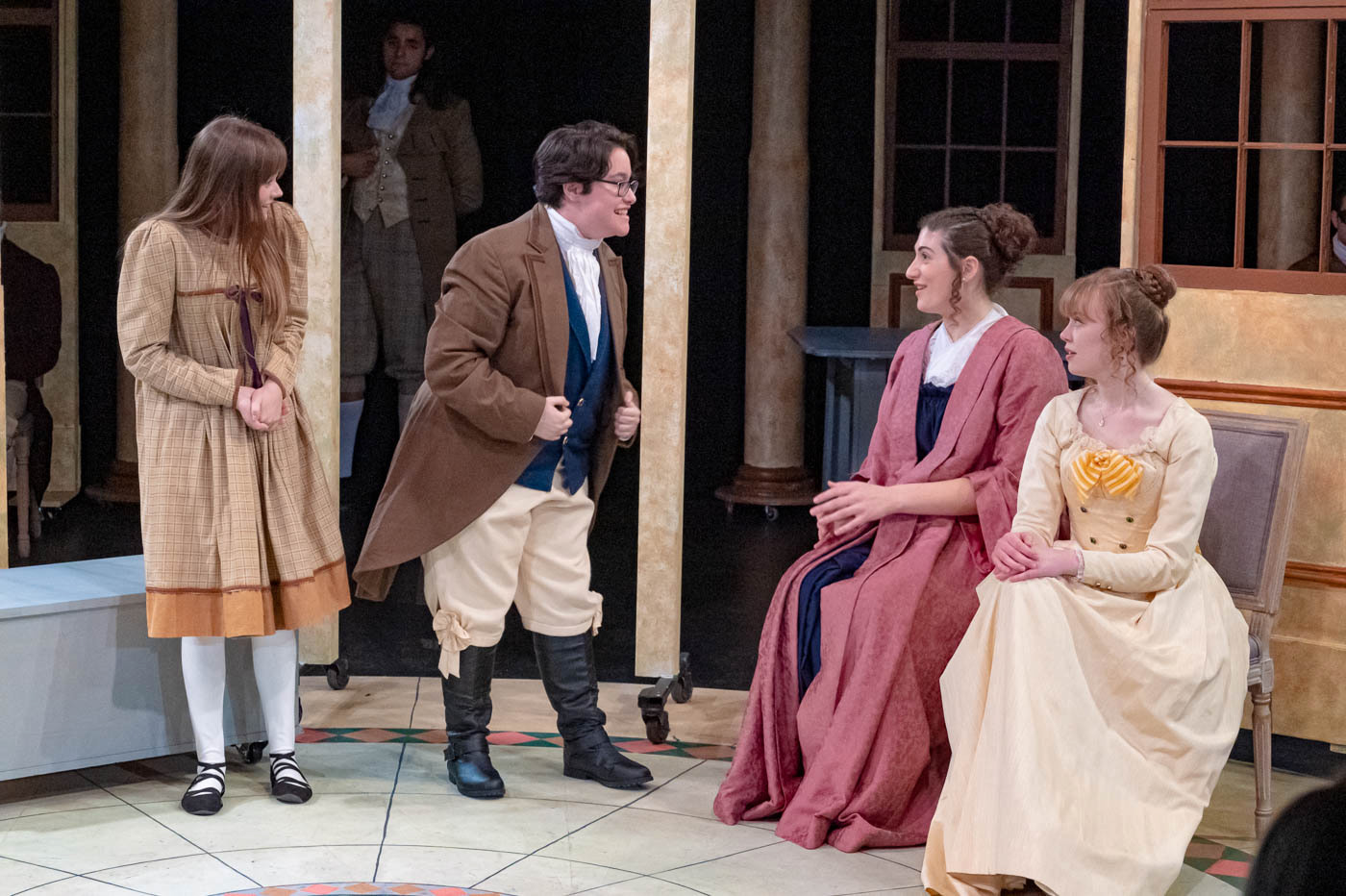 Based on the 1811 novel by Jane Austen, Kate Hamill’s witty and fast-paced adaptation of Austen’s classic consists of 45 scenes, requiring actors to track and execute scene changes quickly. Director Karl Kippola, associate professor and Theatre/Musical Theatre Program director, said, “We were constantly jumping over time and space to tell this story. It took everyone working together to make the dozens of scenic transitions go quickly and smoothly.” Set designers added wheels to larger pieces of furniture to make transitions run more smoothly.

While posing with their doppelgangers, the student actors shared some thoughts on the production and how they prepared to take the stage.

“Working on Sense and Sensibility this semester has been such a dream. Bringing Elinor Dashwood to life with truth and complexity was a challenge, but one that I had so much fun taking on with such a kind, talented cast!” – Olivia Bloch, CAS ‘23, Elinor Dashwood

“I prepared for my role by researching the original classic and by watching British movies and TV shows to work on my accent.” – Xander Stein, CAS ‘25, John Dashwood

“Sense and Sensibility has been such a joy to work on because it brings us into a totally different world! I get to use and process things from my own life that Marianne also experiences, which helps me bring depth to the character and pull her out of Jane Austen's 1811 novel. It has been so meaningful to me to discover the parts of ourselves that are within these characters and to share such a lovely story with our audiences. I hope it brings everyone some happiness around the holiday season!” – Kelsey Walker, CAS ‘23, Marianne Dashwood 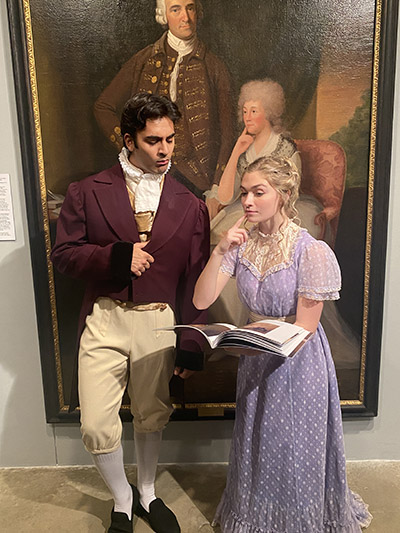 Vish Shukla as Edward Ferrars (left) and Kelsey Walker (right) with Edward Savage, John Hancock and Dorothy Quincy Hancock, 1775/1789. Oil on canvas, 90 ¾ x 59 ¼ in. Gift from the Trustees of the Corcoran Gallery of Art (Bequest of Woodbury Blair, 1948).

"I mostly prepared for my role by consuming English media and making playlists of songs that I thought Edward would listen to. The playlist was definitely diverse, it ranged from classic Hindi music to Dua Lipa. Edward is in fact a man of culture." – Vish Shukla, CAS ‘25, Edward Ferrars

Kippola says that working with the student cast was an incredible experience. “They constantly exhibit support and love for each other -- all working together to bring this challenging script to life.  Each actor is such a vital part of the process, and they all have taken that responsibility seriously.  Every day of rehearsal, they have brought their intelligence, their passion, their patience, and their sense of humor. It has been a joy to work with them.”

Sitting Pretty was on view at the AU Museum from September 10–December 11, 2022 and curated by Carolyn Kinder Carr. Read the exhibition catalog online. 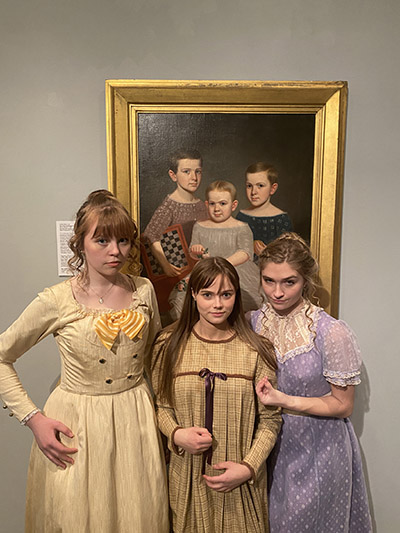