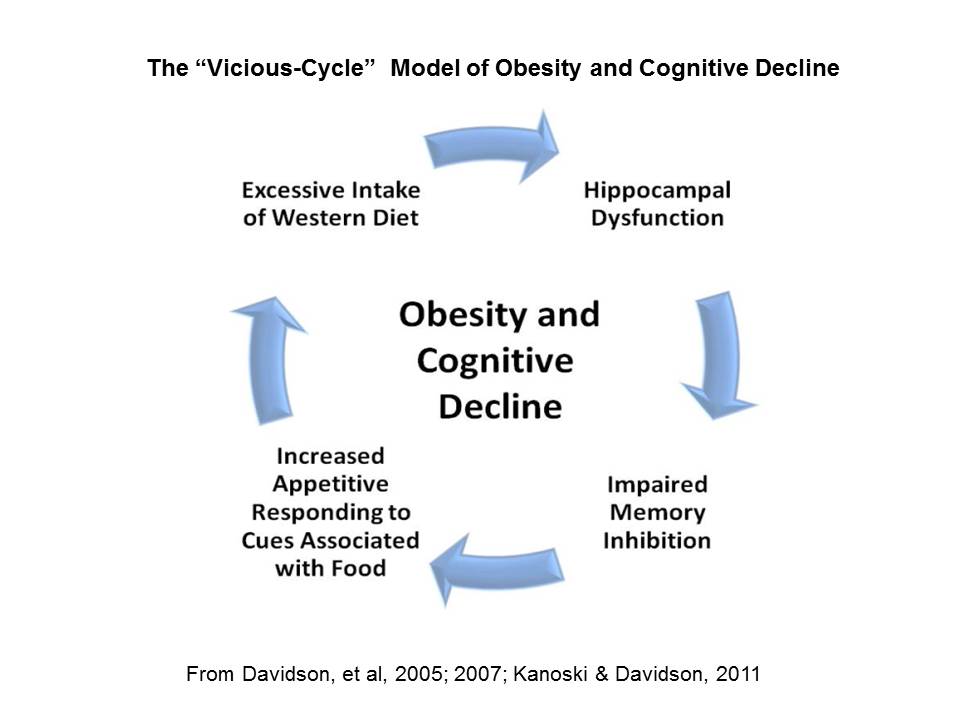 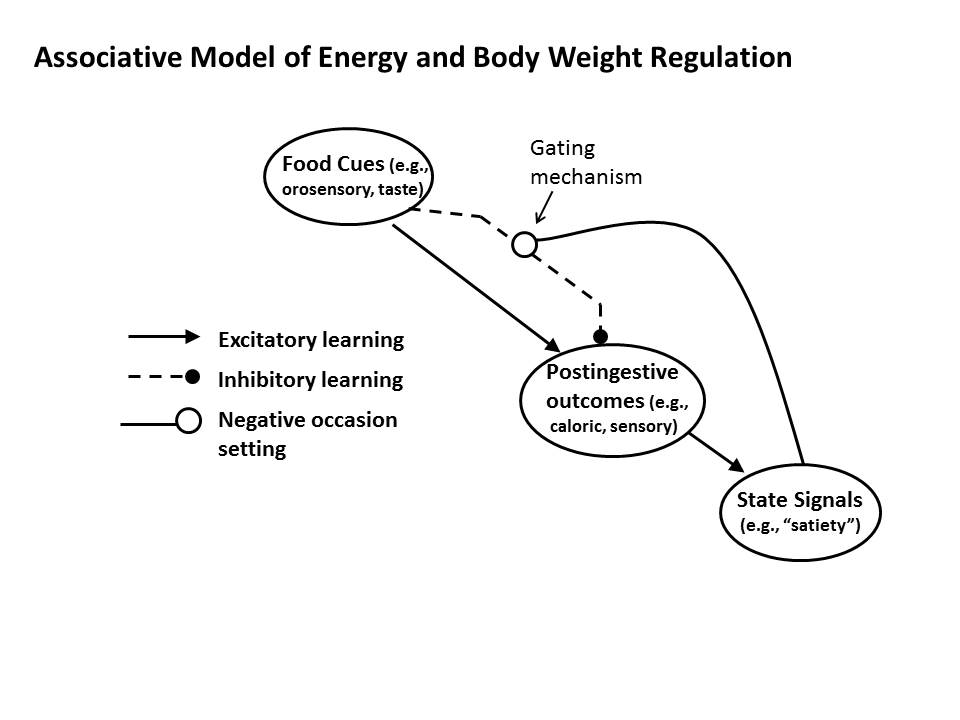 The figure above present a model of how orosensory cues (e.g., tastes), postingestive cues produced by the arrival of calories in the gut, and physiological energy state cues like those arising from satiety are integrated as part of the learned control of energy and body weight regulation. According to this model, tastes and other orosensory cues become associated with postingestive gastrointestinal (GI) outcomes of intake, such as those produced by the absorption of nutrients. As a consequence, orosensory food cues can come to excite memories of the appetitive postingestive stimulation produced by eating. Excitement of these memories promotes the performance of appetitive (i.e., food seeking and approach) and consummatory (e.g., eating) behaviors, as well as physiological responses that anticipate and help prepare for the arrival and absorption of nutrients in the GI tract. However, GI stimulation produced by intake does not always promote food approach. While the postingestive GI stimuli that are present at the outset of a meal can promote appetitive and consummatory behavior, those same types of GI stimuli are usually absent at the end of the meal and for some time thereafter. For example, after a period without eating, the first bites of a meal are often accompanied by postingestive consequences that may be evaluated as especially pleasant. By the end of a meal, the postingestive stimuli that are produced by continued eating are typically much less rewarding and may even become aversive. Therefore, orosensory food stimuli are embedded not only in associations that excite the memory of the appetitive postingestive consequences of eating, but also in associations that serve to inhibit the memory of those consequences. As a result, the relationship between food-related orosensory cues and postingestive GI stimulation is ambiguous, and animals must depend on the presence of other cues to resolve this ambiguity. According to the model shown in the figure, animals can learn to use the presence of interoceptive ''satiety'' cues to predict that intake will not be followed by appetitive postingestive stimulation. Based on this learning, activation of the inhibitory association results in a diminished ability of orosensory cues to retrieve the memory of the appetitive postingestive stimulus consequences of intake via their excitatory association with that US representation. In the absence of satiety cues, the inhibitory association is inactive, making it more likely that conditioned food-related cues will retrieve the memory of the appetitive postingestive US representation, thereby promoting the evocation of food seeking and food intake.