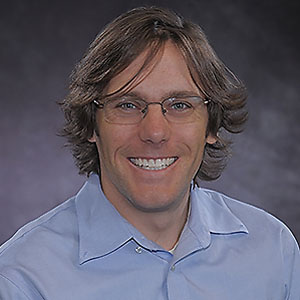 Nathan Harshman is a mathematical and theoretical physicist specializing in the study of symmetry in quantum systems. He has published fifty articles and book chapters across the subject of quantum physics, including high-energy particle physics, quantum information theory, and ultracold atomic physics. The unifying theme of Professor Harshman’s work is solvability and (to quote Nobel laureate Eugene Wigner) the unreasonable effectiveness of mathematics in the natural sciences. Currently he studies symmetry, topology and control in low-dimensional ultracold atomic systems. These physical systems are at the ragged edge where there is just enough symmetry to find exact solutions and precise control. Any less symmetry and the system descends from the order of cosmos into the disorder of chaos. Professor Harshman has also published articles in the fields of physics education research and the philosophy of science and written book reviews for newspapers and journals.

After completing a double-major in Physics and English as an undergraduate at Duke University in 1995, Professor Harshman received his BA and PhD in Theoretical Particle Physics at University of Texas at Austin in 2001. After two years as a post-doc at Rice University, he began his career at American University in 2003. He has taught across the curriculum in the Department of Physics and various other University level programs and won two awards from CTRL for teaching. Professor Harshman served as Department Chair of the Physics Department from 2008-2009, 2012-2016, and 2017-2020. During this time, the Department grew from five full-time faculty to over thirty members of the department, including full-time, externally-funded research faculty. Among his other service contributions to American University, he is a founding member of the Initiative for STEM Education, Equity and Ethics.

Since 2017, Professor Harshman is also the Director of the NASA DC Space Grant Consortium. This project is funded by the NASA Office of STEM Engagement and was recently renewed for FY 2021-2024. The official goal of the Space Grant program is to contribute to the NASA mission, specifically in the area of government and industry partnerships to improve America’s aerospace technologies and advance American leadership by funding education, research, and informal education projects through a national network of university-based Space Grant consortia.” All higher education institutions in DC are part of the DC Space Grant Consortium as well as several non-profit entities and professional organizations.