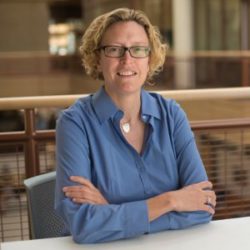 Sharon K. Weiner is Associate Professor at the School of International Service. Her research, teaching, and policy engagement is at the intersection of organizational politics and U.S. national security. Her current work focuses on civil-military relations and on nuclear weapon programs and nonproliferation but she also pursues research and teaching interests in international security and U.S. relations with South Asia.

From August 2014 through February 2017 Weiner served as a program examiner with the National Security Division of the White House Office of Management and Budget, where she had responsibility for budget and policy issues related to nuclear weapons and nonproliferation.

Previously, she worked for the Armed Services Committee of the U.S. House of Representatives and has held research positions at the Los Alamos National Laboratory Center for National Security Studies and at Princeton University’s Program on Science and Global Security. Weiner’s book “Our Own Worst Enemy? Institutional Interests and the Proliferation of Nuclear Weapons Expertise” (MIT Press 2011) explored the role of organizational and partisan politics in the success and failure of U.S. cooperative nonproliferation programs with the former Soviet Union. The book won the 2012 Louis Brownlow award from the U.S. National Academy of Public Administration for its “outstanding contribution to the literature of public administration [and] new insights and original ideas about the role and behavior of governmental institutions and programs in the area of national security.” Her scholarly work has appeared in International Security, Political Science Quarterly, Polity, The Nonproliferation Review, Daedalus, Contemporary Security Policy, as well as other journals. She is currently finishing a book on U.S. civil-military relations and the organization of the Joint Chiefs of Staff and working on a project that looks at the political economy of plutonium in the United States. She holds a PhD in Political Science from MIT’s Security Studies Program. Her other awards include: