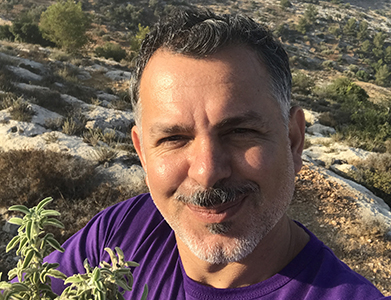 Sohail Dahdal a professor of media at the American University of Sharjah in the UAE. Before that he has taught at the University of Technology, Sydney and the Australian Film, Television and Radio School (AFTRS). His research focuses on the use of immersive technologies to enhance the experience of teaching media and the use of immersive digital storytelling as a mechanism to engage youth in cultural and historical content. Since the early 1990s Sohail has been a leading force in Australian on pushing the boundaries of immersive storytelling in form and substance, working on pioneering projects including the award-winning web documentary, Long Journey, Young Lives, the first-ever interactive documentary to use immersive videos back in 2002. Sohail worked with some of the top media organizations in Australia including Lonely Planet Publication, SBS and ABC Televisions, and the United Nations.