As future business leaders, your communications skills in a global and changing world must be effective and dynamic. The three resources here represent a sampling of the wider library of CBC resources available to you as AU students. When you make an appointment with us, we'll give you the link to our Kogod Style Guide for Research, Writing, and Public Speaking, plus show you how to access our LinkedIn Learning collection to enhance your knowledge of teamwork, public speaking, and data visualization. For now, please enjoy our guide to Inclusive Language in Business Communications, our Tips for Student Professionalism in the Virtual Classroom, and our guide to Delivering Class Presentations Virtually. We look forward to providing you with resources that will help you become even better.

As our world constantly evolves, it’s critical we use language that reflects our progress in striving for tolerance and equity. Researchers from Handshake have found that over 70% of students prefer to work for companies that value diversity and make people feel included and respected regardless of race, religion, ethnicity, gender, sexual orientation, (dis)ability, socioeconomic status, or appearance. To be a successful business professional, you should strive constantly, both in speaking and writing, to communicate with language that is fair and inclusive.

In general, only refer to a person’s situation, medical condition, illness, or injury if it is relevant to the content. Then, refer to "a person with disabilities," "people in wheelchairs," or "a person with a learning disability".

If a reference is central to the message, be as specific as possible and avoid inserting value judgments or victimizing language. Descriptors such as disabled or handicapped, or verbs like afflicted, restricted, stricken, suffering or unfortunate place too much emphasis on disability rather than on ability. Instead, neutrally state that a person has Parkinson’s disease or is vision-impaired.

Some people prefer person-first language (a person with autism) and others prefer identity-first language (an autistic person). It's best to check with your subject to see which they prefer.

If age is relevant to your topic, mention it. Otherwise, avoid referring to someone’s age. If a reference is central to the message (for example, when referring to benefits that are available to people of certain ages), use a neutral term like older person rather than senior or elderly to describe someone. These terms can be viewed as pejorative.

Remember that citizen is not a generic term for people who live in the United States. Many government programs serve non-citizens and individuals with a wide range of immigration and visa statuses. How you refer to the public is largely dependent on context. It’s often more accurate to use more inclusive terms like people, the public, or users. Use citizens for information related to US citizenship, for example, when describing who is eligible to vote in federal elections.

Be as specific and inclusive as possible. Depending on the situation, you may want to say something like people who need child care services or people who want library access.

Words, images, or situations that reinforce racial, ethnic, or religious stereotypes, even stereotypes that may appear to be positive, should be avoided.

When referring to a person’s race, ethnicity, or religion, use the term as an adjective descriptor, not as a noun to substitute.

For example, refer to someone as a Muslim person, not a Muslim.

Be as specific as possible. When writing about a group, refer to the specific group: People of Korean descent rather than Asians; Dominicans rather than Hispanics.

Hispanic is commonly used to refer to anyone from a Spanish-speaking background. The term implies an association with ancient Hispania, the contemporary nation of Spain, its history, and culture; a native of Spain residing in the United States is Hispanic.

The terms Latino/Latina/Latinx are used mostly in the US to refer to US residents with ties to Latin America, including Brazil.

In general, refer to an Indigenous group as a people or nation rather than as a tribe. In North America, we use the collective term Native American, or you can specify the nation or people if possible (e.g., Cherokee, Navajo, Sioux).

Keep in mind that the word "minority" may imply inferiority. An alternative might be historically marginalized people. If avoiding "minority" is not possible, qualify the term with the appropriate specific descriptor: religious minority.

Remember that whiteness should not be the default. Instead of using a term like non-white, use Black, indigenous, people of color, or its acronym, BIPOC, instead.

Capitalize racial/ethnic groups. Asian, Native American, Hispanic and other similar terms should be capitalized. Depending on context, white may or may not be capitalized. In 2019, the National Association of Black Journalists (NABJ) began capitalizing the word Black in its communications. We now see the word capitalized in news coverage and reporting about Black people, Black communities, Black culture, Black institutions, and more.

Use a hyphen when two or more words together form an adjective but no hyphen when the words join to form a noun:

Inclusive language avoids phrases with historically racist legacies such as grandfathered in or grandfather clause; gyp (or gypped, jip, or jipped); or blacklist, black mark, or black ball.

Make content gender-neutral wherever possible, and strive to use gender-fair language in your writing.

Irrelevant descriptions of appearance can contribute to gender bias and should be avoided.

Avoid guessing sex, gender identity, or sexual orientation. When in doubt, either reconsider the need to include this information, or ask the person you’re referring to how they identify and what terms they prefer.

Use different sex instead of opposite sex in order to recognize gender as a spectrum, rather than a binary construct. Use sexual orientation instead of sexual preference to affirm that it is a part of someone's identity, not a choice.

The seventh version of APA has approved use of a singular “they,” so if you’re writing about a hypothetical person or if you’re unsure of the person’s pronouns, use they or them instead of he or she.

It's more inclusive to refer to a mixed-gender group with terms like all or folks rather than guys.

Use gender-neutral terms like spouse or partner instead of husband and wife; use parent instead of mother or father.

“Man” and words ending in “-man” are the most common gendered nouns in English. These words are easy to spot and replace with more neutral language, even in contexts where many readers might expect the gendered noun.

Use a plural form

If it works for your particular sentence, using plural forms is often an excellent option. Here’s an example of a sentence that can easily be rephrased:

A student who loses too much sleep may have trouble focusing during his or her exams.

Students who lose too much sleep may have trouble focusing during their exams.

Use the pronoun "one"

Sometimes the word “one” can substitute for s/he.

A teacher in California earns more than he or she would in Nebraska.

A teacher in California earns more than one in Nebraska.

Use the relative pronoun "who"

The relative pronoun "who" can sometimes be substituted, though it may require rephrasing the sentence.

If a customer is not satisfied with the store's policies, s/he can ask for a refund.

A customer who is not satisfied with the store's policies can ask for a refund.

Remember that language is constantly evolving and context-dependent. When you're unsure what words or terms to use, consult your professor, classmates, and current academic readings in the discipline. Send your suggestions or comments to us at cbc@american.edu.

At Kogod, we strive to build engaged and respectful learning communities that maximize instruction, promote your relationships with faculty and staff, and enhance your student-to-student connections. Consider the tips below when presenting yourself in classes and meetings now and in your bright business futures.

Your audience might see glimpses of your workspace, so having a neat and tidy personal appearance and background is desirable. Minimize other websites on your computer desktop in case you need to share your screen. While books, photos, and art show your personality, uncluttered and organized backdrops are best. Find a quiet corner, or download a Kogod virtual background.

The Rise of Virtual Presentations

With today's focus on public health measures, virtual presentations are more important now than ever. Your professors expect you to pre-record and send your final presentations to them or to present virtually during class in Zoom or Blackboard. Where do you start? How do you organize and plan what you'll say with your team? How do you voice-over your slides to create a dynamic presentation? Delivering your ideas without the advantage of face-to-face cues can be challenging. Here are a few tips to make it easier to get a polished and professional result.

Technology Tips - If you're pre-recording an individual presentation on powerpoint 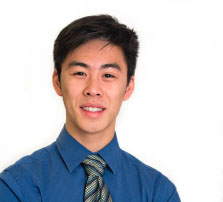 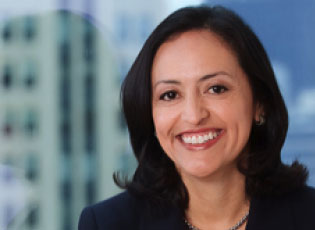 All AU students can sign up for a free Zoom room to practice individually or in teams.