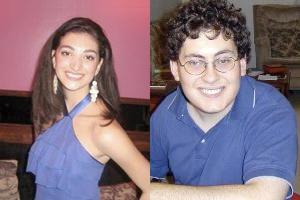 The Victor Hassine Memorial Scholarship is given annually to one or more American University students or alumni who use creative work – literary and visual art, or some combination thereof – to educate the public on the pressing issues affecting the criminal justice system and the greater society. This award honors the memory of Victor Hassine, who tragically took his life after 27 long years of confinement in Pennsylvania prisons. During those years, Victor used his creative talent to produce a host of writings on crime and punishment, both fiction and non-fiction. Victor believed that much of the injustice in the world, especially as seen in our prisons, stemmed from ignorance. He wrote to dispel that ignorance, to educate and inform, and to move others to action.

Victor Hassine’s legacy lives on in his writings, most particularly his classic work of social science, Life Without Parole: Living and Dying in Prison Today, published by Oxford University Press. Each year, the primary editor of Life Without Parole, Robert Johnson, Professor of Justice, Law and Society at American University, in consultation with Sonia Tabriz, co-editor of the book and a distinguished honors alumnus of American University, will select one or more deserving American University students or alumni for the scholarship, which has been generously funded by the Hassine family. We hope that the Victor Hassine Memorial Scholarship will encourage a new generation of young men and women to produce original works on crime and punishment, and to use their talents in service of a more just and humane future.

The first recipients of this award, each receiving a $500 stipend, are Shirin Karimi and Chris Miller, rising senior honors students at American University with a deep commitment to creative work in criminal justice reform.

Shirin Karimi is an award-winning honors student majoring in Literature and pursuing the Pre-Medical Program. She is a contributing editor for BleakHouse Publishing, the incoming Editor in Chief of Tacenda Literary Magazine, the co-editor for the Catalyst science magazine, and a volunteer at Georgetown University Hospital. She is presently working on a book of poems dealing with suffering and loss in the justice system, especially in prisons, and in life generally.

Chris Miller is an award-winning writer specializing in poetry and nonfiction prose. He maintains a strong interest in prison reform and often uses writing as a means to advocate for those whose voices remain unheard. Miller is currently a senior at American University’s School of Public Affairs, double majoring in Political Science and Law & Society. Recently he edited and introduced an anthology of poetry entitled A Zoo Near You. Additionally, Miller has worked as a research intern for the DC Public Defender Service and the Mid-Atlantic Innocence Project. He hopes to become a criminal defense attorney.