Born in New Jersey in 1885 to a Quaker family, Alice attended women's suffrage meetings with her mother, Tacie.

The oldest of four children, Alice played basketball and hockey and was elected to student government at Swarthmore College, stoking her activist spirit. 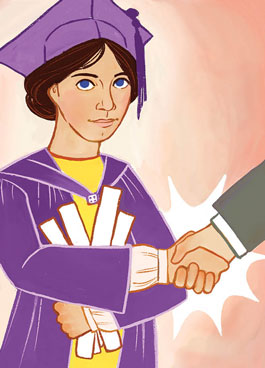 A ravenous scholar, she earned four degrees from 1905 to 1907-including a master's from Penn, where she shook university president Woodrow Wilson's hand. Their paths would soon cross again.

In 1907, Alice met British suffragette Emmeline Pankhurst and her daughters, who were famous for their unladylike tactics: spitting at police and breaking windows. 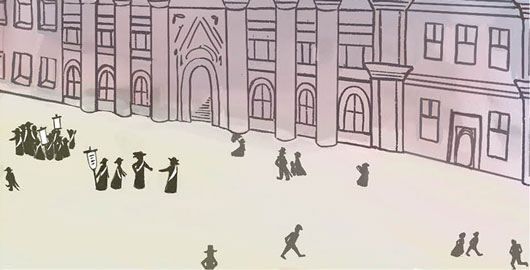 She became more involved with the Pankhurst's Women's Social and Political Union, selling the group's newspaper, Votes for Women, in London. 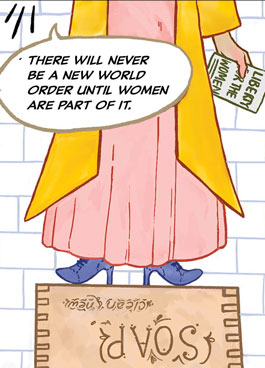 Alice was promoted to speaking-atop a soapbox-on the streets and at Underground stations. She wrote to Tacie: "I've joined the suffragettes, the militant party." 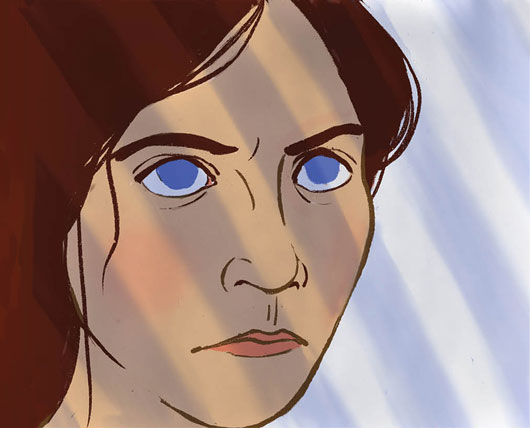 In 1910, Alice returned to the US, where the women's movement, led by the National American Woman Suffrage Association (NAWSA), was languishing. 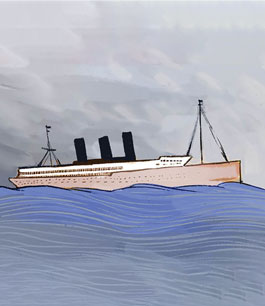 In the wake of the deaths of Elizabeth Cady Stanton and Susan B. Anthony, activists were only focused on state suffrage.

After a rally, Alice proposed campaigning for a federal amendment that would guarantee women the right to vote. 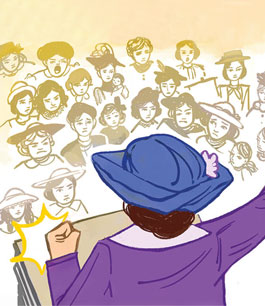 On the eve of President Wilson's inauguration in 1913, Alice and Lucy Burns organized the Woman Suffrage Procession in DC. About 8,000 women from across the US marched down Pennsylvania Avenue, past half a million agitated spectators. Police did nothing to protect the women from rioters.

Alice's militant tactics were creating friction with NAWSA. They parted ways in 1916 and she and Lucy formed a new organization: the National Woman's Party (NWP). 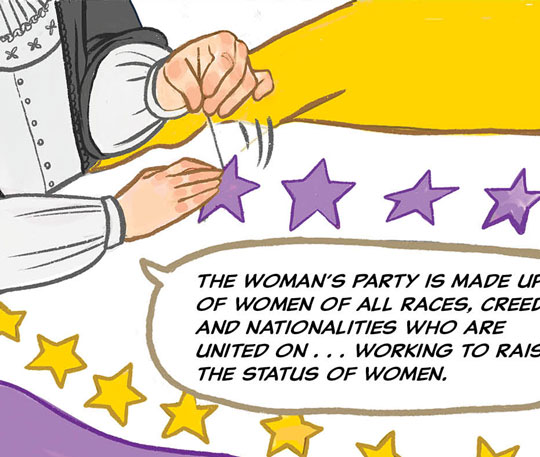 In January 1917, the NWP began picketing in front of the white House. 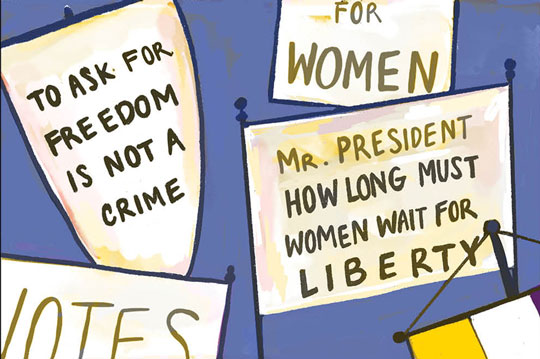 For six days a week over the next two years, 2,000 women-the Silent Sentinels-paced the sidewalk, letting their handsewn banners do the talking.

When the US entered World War I four months later, public opinion turned against the women, who often used Wilson's words against him.

The protestors were taunted and beaten by men. 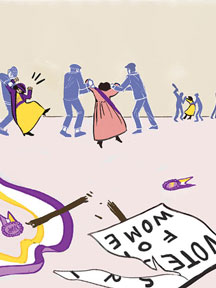 And yet, it was the women who were arrested, charged with obstructing traffic, and incarcerated at the Occoquan Workhouse in Virginia and the DC Jail. 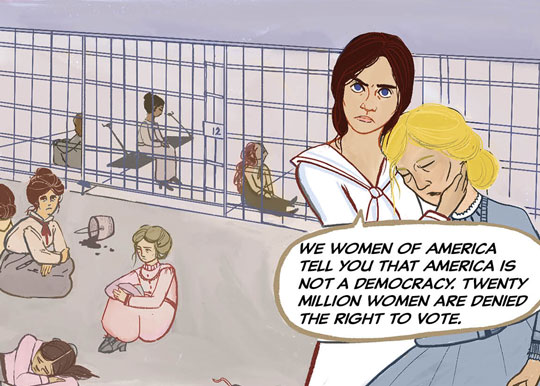 In October 1917, Alice began a seven-month sentence at the District Jail, where she was subjected to poor sanitation, infested food, and deplorable conditions. 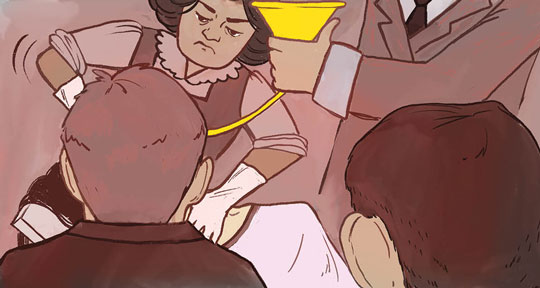 To protest the inhumane conditions, she went on another hunger strike. Alice was moved to the psychiatric ward and force-fed raw eggs through a feeding tube.

On November 14, 1917-what history has dubbed the Night of Terror-40 guards were ordered by the prison superintendent to brutalize the suffragettes. They beat, dragged, choked, and kicked the women, one of whom suffered a heart attack. 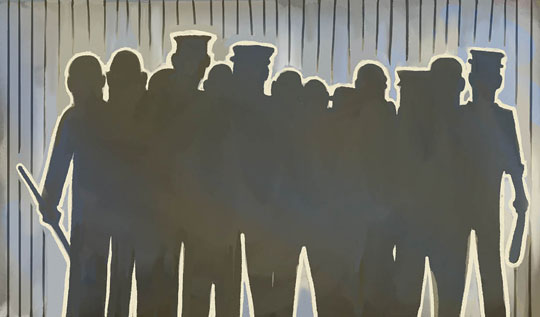 The NWP went to court to protest the treatment of the suffragettes, all of whom were released later that month.

Wilson finally announced his support for women's voting rights in January 1918, tying the amendment to the role women had played in the war efforts. While it narrowly passed in the House, it fell two votes short in the Senate. 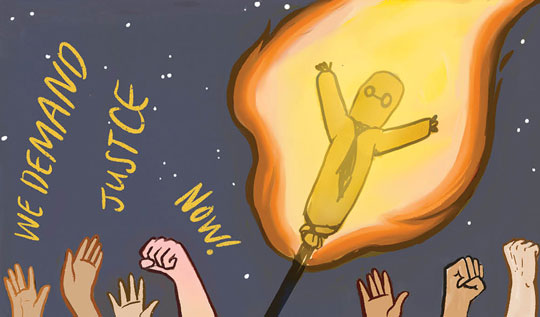 Alice and the NWP kept the pressure on, burning Wilson in effigy in front of the White House. It worked: a wave of pro-suffrage candidates was elected to Congress that year.

More than a year after it was passed in the House and Senate, the 19th Amendment granting women the right to vote was officially ratified on August 26, 1920. 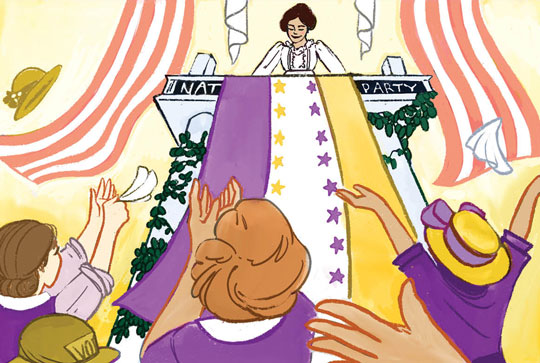 After raising a glass of grape juice to victory, Alice got back to work, reorganizing the NWP. Her goal: eliminating all forms of discrimination against women. 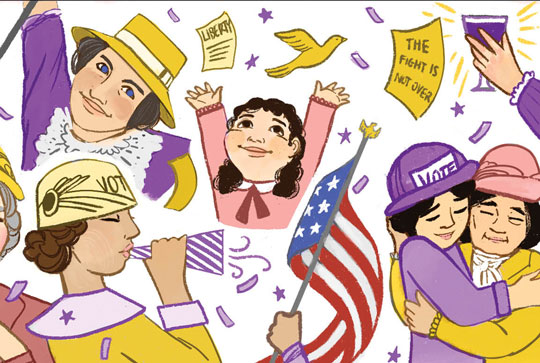 She also returned to school, earning a law degree in 1922 from the Washington College of Law-the first institution of its kind founded by women. Over the next six years, she graduated from AU with a master of laws and a doctorate in civil law. 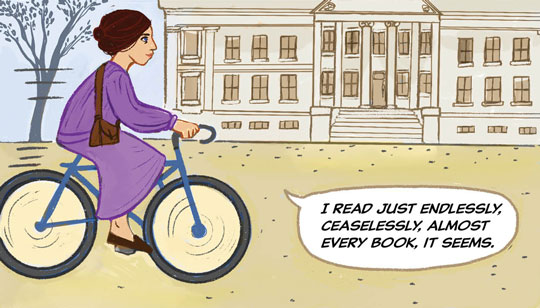 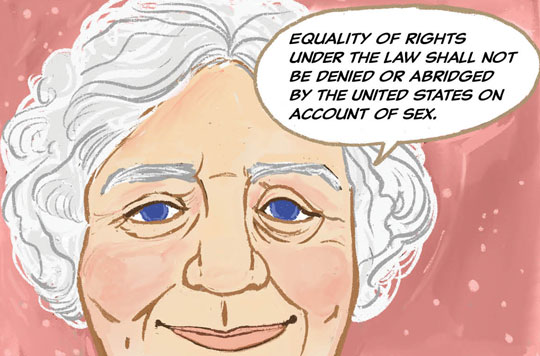 Five years after Congress finally passed the ERA in 1972, Alice died at age 92, just a mile from her childhood home. In January 2020, Virginia became the 38th state to ratify the ERA, setting the stage for a legal battle over whether too much time has passed to add what some have dubbed the Alice Paul Amendment to the US Constitution.

Please complete the form below to pitch a story for the print or digital versions of American magazine. If we decide to pursue your story, we will contact you for additional information.

Please complete the form below to submit a class note for the print and digital versions of American magazine. We will contact you if we need any additional information.