Sylvia M. Burwell is American University's 15th president and the first woman to serve as president. A visionary leader with experience in the public and private sectors, President Burwell brings to American University a commitment to education and research, the ability to manage large and complex organizations, and experience helping to advance solutions to some of the world's most pressing challenges. Burwell joined AU on June 1, 2017, succeeding Neil Kerwin.

Burwell has held two cabinet positions in the United States government. She served as the 22nd secretary of the US Department of Health and Human Services from 2014 to 2017. During her tenure, she managed a trillion-dollar department that includes the National Institutes of Health, Centers for Disease Control and Prevention, Food and Drug Administration, and the Medicaid and Medicare programs; oversaw the successful implementation of the Affordable Care Act; and led the department’s responses to the Ebola and Zika outbreaks. Before that, she served as the director of the Office of Management and Budget, working with Congress to negotiate a two-year budget deal following the 2013 government shutdown. In both roles she was known as a leader who worked successfully across the aisle and focused on delivering results for the American people.

Burwell has held leadership positions at two of the largest foundations in the world. She served 11 years at the Bill and Melinda Gates Foundation, including roles as the chief operating officer and president of the Global Development Program. She then served as president of the Walmart Foundation and ran its global Women’s Economic Empowerment efforts. Her private sector experience includes service on the Board of Directors of MetLife.

She earned a bachelor’s degree in Government from Harvard University and a BA in Philosophy, Politics and Economics from the University of Oxford as a Rhodes Scholar.

A second-generation Greek American, Burwell is a native of Hinton, West Virginia. She and her husband Stephen Burwell are the parents of two young children. 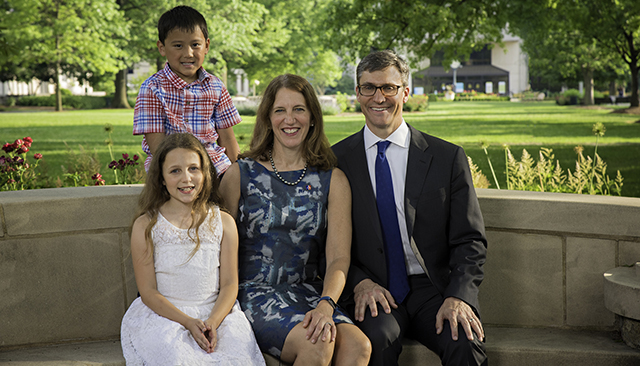