November 19, 2018 | Hello again! Since I’ve last written, quite a few changes have occurred within the UK and Europe as a whole. Primarily, the weather has become much more bitter, and I for one have broken out my winter coat and ski jacket to fend off the dropping temperature. Studies are in full swing for all of the mentorship students, and we’ve been able to sink our teeth into the Bath Spa curriculum. In this blog, I’ll address the differences in day to day life of being a student in the UK versus back in the US.

The main difference between studying in the UK and US is mainly in housing. The first and often second years of studying in the US most students live on campus, and their meals are provided for in the cafeteria or cafes on campus. The Bath Spa campus has a Students Union with a full restaurant and other facilities, as well as the Refractory, which is more of a cafeteria style eatery. Although we access these facilities, we are largely responsible to eat on our own. Most students in the MPUK program purchase groceries independently and then cook ourselves our own meals, because the variety is wider and quality of the food is usually better. I’ve had to teach myself to cook, mostly through the help of Youtube tutorials (My parents were ecstatic that I managed to cook myself salmon). 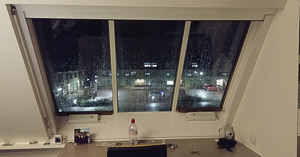 This independence is very common in the UK, which is partially due to the fact that English student’s ages vary more than the US. Freshman in the US are almost always 18 or 19, but in the UK it is very common to take one to even three gap years before starting university. As a result most students are very well acquainted with living on their own. In my European History lectures I sit next to a girl who is 19, and on the other side a boy I’ve met who is already 21. In my opinion, this adds to the immersion and experience, because we are all able to share our experiences and have more authentic, productive discussions. 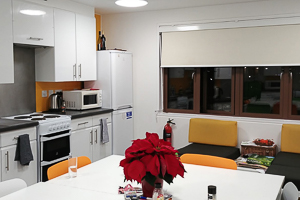 Perhaps the best aspect of school in the UK is the flat setups. Freshmen in the US always must share a room with 2 to 3 roomates. In the UK each student has their own room and bathroom, and we share a kitchen with 7 other students. This presents its own challenges, but also creates a familial cohesion between flatmates. My flat in particular put cobwebs and other halloween decorations all over our kitchen to celebrate, which were visible for other students and staff to observe as they walked by (we received many compliments).

With that being said, I hope I’ve painted a picture of our lives here in the UK.

Until my next blog, 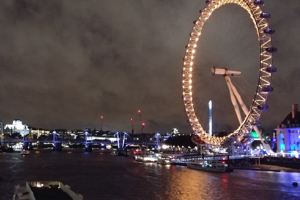 October 22, 2018 | Hello, my name is Conall Hirsch. I’m an English major in the American University Mentorship Program, and this is the story of my life studying in the UK! With my first post, I decided to revisit what my expectations were before coming to the UK, and what my experience has been so far in evaluating what I thought before and what I think now. I also would like to explore the culture shock and differences we’ve found between living in the UK versus the US. 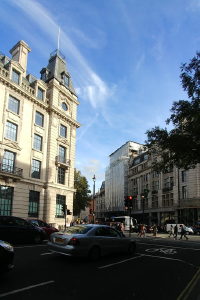 When I was in the US, I didn’t quite know what to expect when I departed for the term. Being from the US I knew relatively what college was like there, and I had a degree of reference for what to expect. Despite the UK being the most “Americanized” European country, dialectically and culturally they are still quite distinct from one another.

A challenging aspect which we did not necessarily anticipate was the dialectic differences, especially in academia. The majority of the cohort, myself included, figured that because we spoke the same language, we could mostly understand our British contemporaries. I can say first hand, it’s not the cakewalk we were expecting. Here’s a quick list of translations, which pertain solely to academic language: 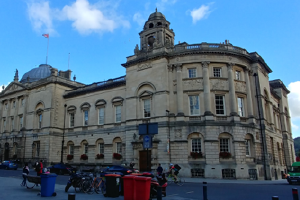 In addition, the grading system is much different. In the US getting above an 80 on a paper is quite commonplace, if not expected. In the UK, above an 80 means a piece is so good it could be published, and the writer has essentially achieved the status of an academic deity. You surely can imagine I wasn’t keen on telling my parents I’d gotten a 65 on a paper before explaining the grading system.

Getting back to the language difference, most Americans think of the English accent as your typical “Posh” speech, circa the aristocratic North London dialogue that we all tend to drool over whether we’re watching Benedict Cumberbatch or pretty much anyone on the BBC. The majority of the English that I’ve personally met are readily understandable, but others I simply cannot even try to comprehend. A good friend of mine and I were coming back on the bus after a night out, and his Scottish accent was so thick that he might as well have been speaking Mandarin to me. One of the Bath Spa administrators showed us this clip from the movie Hot Fuzz, which accurately portrays some of the accents we’ve had the pleasure of encountering.

Finally, as stereotypical as it is, I feel obligated to address the weather. As far as we’ve been here, the temperature has hovered in the range of 8-15 degrees Celcius, about 45-60 Fahrenheit. This change hit several of us brutally, as the September sun back in DC feels tropical compared to the often cool and wet environment we now find ourselves in. As a result, many of us have gotten a fall cold, colloquially known as “Fresher’s Flu.” “Freshers” is the UK term for a Freshman or 1st year, and due to not having real classes the first week of term “Freshers Week” consists of socializing each and every night for a full week (It was quite fun until our real classes rolled around the following Monday). Speaking for myself, I can say that my first three weeks in the UK have been a blur, yet among the best of my life. It has not been all sunshine and rainbows: the UK system places a much greater emphasis on independence and responsibility, but I feel that my fellow students and I have risen to this challenge efficaciously. I look forward to sharing my fellow student’s adventures and experiences over the coming months.