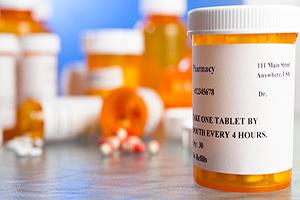 Researchers at American University have developed a new, highly sensitive rapid genetic test that can determine whether bacteria carries a gene that causes resistance to two common antibiotics used to treat strep throat and other respiratory illnesses. The scientists show that the new method works as accurately as culture-based methods but gives results in minutes, not hours or days. The research has been published in BMC Infectious Diseases.

The new rapid test developed by the AU team determines if a person harbors bacteria carrying the Macrolide efflux gene A, or mef(A), which causes resistance to two antibiotics: erythromycin and azithromycin. Azithromycin (also known as Zithromycin or a Z-Pak) is among those commonly used to treat strep throat and is one of the most highly prescribed antibiotics in the United States.

“The test is able to detect the gene within 10 minutes of assay run-time,” said John Bracht, assistant professor of biology at American University and corresponding author on the study. “Standard antibiotic testing requires at least an overnight culture and often isn't performed in routine diagnostic work. Instead, physicians guess which antibiotic to prescribe based on past experience and recommendations, and patients have to return if the treatment fails. We simplified the process of detecting antimicrobial resistance so a physician can determine whether or not a patient will be resistant to a prescribed drug while that patient is still in the waiting room. We think this is a game-changer for treating common illnesses.”

It’s common knowledge in the medical community that there’s widespread resistance in people to azithromycin and erythromycin, but in spite of that, the antibiotics are still used a lot in the treatment of strep throat and other respiratory illnesses, said the paper’s lead author Megan Nelson, a graduate of AU’s biotechnology master’s program.

“Our rapid genetic test can help doctors better assign medication on site, and improve point-of-care diagnostics, potentially leading to better outcomes without having prescribed a patient a useless antibiotic,” she added. “There’s a lot of trial and error with antibiotic use, so this is trying to take out some of the error.”

The rise of antibiotic-resistant bacteria is a growing problem in the United States and the world. In the U.S. annually, more than 2 million people get infections that are resistant to antibiotics and at least 23,000 people die as a result, according to the Centers for Disease Control and Prevention. The U.S. National Institutes of Health, CDC, World Health Organization, and United Nations have prioritized the issue. However, tracking antimicrobial resistance is a significant challenge, the researchers write in the paper, precisely because the available culture-based methods are so slow and expensive.

The new rapid test addresses this challenge, making tracking antibiotic resistance quick, easy, and routine. It offers scientific researchers a way to monitor the prevalence and movement of antimicrobial drug resistance. The next step for the AU team to getting the test into doctors’ offices is to seek approval of the test from the U.S. Food and Drug Administration.