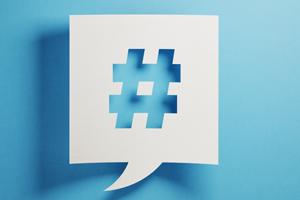 Saif Shahin documented how often alt-right leaders were retweeted. Racist vitriol grew exponentially, and spiked during the 2012 and 2016 election years.

As “alternative” right-wing ideas have crept into mainstream American politics, it’s imperative to understand why. Where exactly did the alt-right come from? If this racist ideology is an alternative, what are its leaders rebelling against? Alt-right is an alternative to what?

Saif Shahin, an American University School of Communication professor, has expertise in global media and politics, critical data studies, and digital discourses. He researched the digital interactions of alt-right leaders to better ascertain how their influence proliferated.

“We tracked the diffusion of the alt-right ideology on Twitter between 2009 and 2016 on a year-by-year basis. And we got some very interesting results,” says Shahin, an assistant professor of communication studies and a faculty fellow with the Internet Governance Lab.

Shahin co-authored the paper on alt-right Twitter with Margaret Ng, a professor at University of Illinois at Urbana-Champaign. They’ll present the paper at the Hawaii International Conference on System Sciences in January, and it will be published in the conference proceedings.

The Birth of a Movement

The origin of the alt-right movement can be traced to a live speech in late 2008, just after Barack Obama was elected president. Paul Gottfried, a self-described “paleoconservative,” gave the address at the H.L. Mencken Club titled “The Decline and Rise of the Alternative Right.”

Gottfried asserted that “neoconservative” figures who had become prominent during the George W. Bush administration had failed. As Shahin interprets the speech, Gottfried was questioning how mainstream conservatives couldn’t prevent the election of the nation’s first black president.

“The alt-right movement basically started as a reaction to Obama’s election in 2008. Not that these tendencies haven’t been there for much longer,” Shahin says. “But the idea they proposed was that the conservative movement needed to return to its roots. Hence, the need for an alternative right.”

Shahin and Ng looked at the Twitter activity of 18 accounts previously identified as white nationalist by George Washington University’s Program on Extremism. Some represent racist hate groups such as the Ku Klux Klan, Nazis, and Neo-Confederates, and others are more cult-like independent figures. The two researchers measured how frequently alt-right leaders’ original tweets were retweeted, and they did a year-by-year social network analysis of who was retweeting whom. What they found was a movement that spread exponentially from 2009 through 2016.

Obama’s early period in office was relatively quiet for the emerging alt-right, even as the so-called Tea Party was making waves in established political circles. “In 2009, most of these white nationalist accounts were not even operational. We only saw 59 retweets that year,” he says. “By 2012, there were up to 6,265 retweets.”

That year, Obama was up for re-election, which kickstarted a flurry of alt-right online activity. “2012 was a pivotal moment for white nationalism,” Shahin says. “The second coming of Obama was its big fear.”

Another critical event in 2012 was the death of Trayvon Martin, an African American high school student shot by George Zimmerman. When Zimmerman was controversially acquitted—he claimed self-defense—it helped give rise to the Black Lives Matter movement online. But according to Shahin’s research, it also caused a spike in anti-black racist vitriol and retweets by alt-right leaders.

Alt-right retweets grew steadily from 2012 through 2014, and then Shahin and Ng saw a big jump in 2015. What happened during that time? Donald Trump arrived on the scene and announced his run for the presidency.

This research does not explore—and takes no position on—whether Trump is using white nationalist rhetoric. It also doesn’t analyze Trump’s tweets or who’s retweeting him. But Shahin and Ng do argue that alt-right leaders took inspiration from Trump’s presidential campaign. Crucially, Shahin explains, Trump became a cause for alt-right Twitter to unite around.

“Initially, with Nazis or Neo-Confederates, there was not a lot of retweeting across these groups. So even as they were growing, they were kind of growing on their own,” Shahin says. “In 2016, we see that these groups shed their differences and closed ranks around Trump’s leadership. A fragmented movement thus came together and became a blowhorn for Trump on Twitter.”

Another interesting finding is the centrality of David Duke, a former KKK Grand Wizard, to white-nationalist online unification and growth. While some media outlets portray the alt-right as a phenomenon of young, angry white men—who happen to be internet-savvy—Duke is in his late 60s and has been steeped in white hate activism for decades. (Duke is depicted in Spike Lee’s film BlacKkKlansman, which is set in the early 1970s.)

While some observers characterize online hate as just “hot air” or “trolling,” Shahin notes that upswings of Twitter racism—which happened in 2012 and 2016—coincide with violence against minorities in physical spaces.

“Offline, during these periods, you see increasing numbers of attacks on black youth by the police and vigilantes. Following Trayvon Martin, you see a whole series of shootings in different parts of the country,” he says. “Digital politics is very closely related to real-world politics. If white shooters get acquitted, it encourages more white people to think that, ‘this is legitimate. This is acceptable.’ That leads them to go online and post more racist tweets or retweet other white nationalists. The online vitriol, in turn, feeds offline angst in day-to-day interactions between whites and non-whites.”

For Better or Worse

As they monitored a steady increase of alt-right retweets from 2009 to 2016, Twitter itself expanded substantially. But Shahin says that’s part of the story, too.

“Twitter grew because it started being adopted by more and more constituencies, and they used social media to spread their message,” he says. “One part of that story is the so-called Black Twitter, which other scholars have studied. Another part, which not many have paid attention to, is what we call White Twitter.”

As a platform, Twitter can be used for widely supported charitable causes or nefarious purposes. But its role as a meeting place for like-minded individuals is a 21st century reality.

“It enabled the formation of these networks where people could practice and reaffirm their own identities—by connecting with others like them.”