June 9, 2017, marks the 60th anniversary of the groundbreaking ceremony for the original SIS building, which held its first classes in September of 1958. President Dwight D. Eisenhower attended the groundbreaking ceremony and offered his "good wishes to all students who will enter that school to go into the service of our country in the noblest work that our nation can possibly pursue, and that is the seeking of a peace based on justice and the right."

To kick off a year-long celebration of SIS's 60th anniversary, we gathered 10 groundbreaking moments from the school's history. 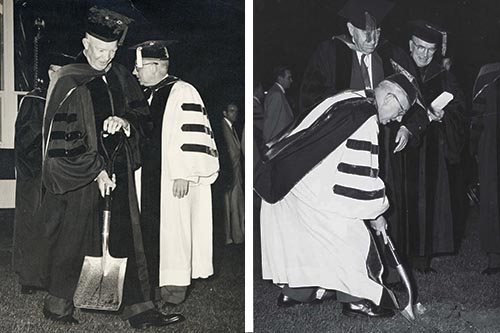 SIS is the first school of international affairs to require undergraduates to take a 3-credit course in cross-cultural communication.

SIS becomes the first, and remains the only, top-ranked school of international affairs to offer master's degrees entirely online.