At SIS, students are able to dive deep into the global issues that interest them most. Eight undergraduate students did just that by conducting thorough research on topics ranging from the efforts of a German far-right political party to how news sources framed the 2014 and 2016 protests in Hong Kong.

The students’ research papers garnered them spots to represent AU and SIS at the 2020 National Conference on Undergraduate Research (NCUR). Because the conference was cancelled this year due to COVID-19, we want to take the opportunity to highlight their work here.

We caught up with the students, who described their research and revealed their findings. 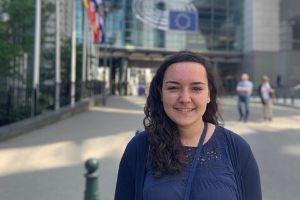 How does the United Nations’ discourse on the prosecution of genocide and crimes against humanity since the 1960s embed ideas concerning Orientalism and Western liberalism?

For my paper, “Ideological Schisms & Embedded Isms: The UN’s Framing of International Crimes,” I conducted Foucauldian genealogical analysis on meeting records and resolutions from the UN General Assembly, Security Council, and War Crimes Commission on the Indonesian genocide, Cambodian genocide, and Rwandan genocide. I did so to explain the UN’s increased scrutiny on international crimes in the Global South compared to those in the Global North. Utilizing NVivo, qualitative data analysis software, I combined development dichotomies with the savages-victims-saviors construction outlined by human rights scholar Makau Mutua while tracing nodes including “genocide,” “savage,” “evil,” “backward,” “victim,” “savior,” “civilization,” and “morality” across representations of genocide perpetrators, targets, and proposed solutions.

My main finding is that UN discourse employs savages-victims-saviors constructions to profile totalitarian and authoritarian leaders as “savages,” civilians as “victims,” and Western democracies under the UN as “saviors” because the typification of perpetrators and ascription of higher moral responsibility to the West creates an imperative to democratize the international legal order and idealizes the UN as the proper forum for peace. These embedded ideas concerning Western liberalism and Orientalism in UN discourse on genocide and crimes against humanity effectively legitimize the UN's genocide identification and humanitarian intervention, ultimately empowering it to restructure and impose authority upon Asia and the Middle East in an international legal order meant to uphold justice, truth, and equity.

One thing that surprised me about my research was observing the construction of a two-fold communist “other.” Within this construction, civilians who are members of communist parties are defined by narratives of victimhood, particularly in UN discourse on the Indonesian genocide. But in UN discourse on the Cambodian genocide, the communist ideology itself is associated with “evil.” This construction of communist actors as “others,” whether “evil,” “savages,” or “victims,” evokes development dichotomies and savages-victims-saviors constructions, as well as embeds ideas concerning Orientalism. In effect, this idealizes political liberalism as the proper means for peace and constructs a Self of Western democracies, which are located as “saviors” outside the scope of potential genocide perpetrators. 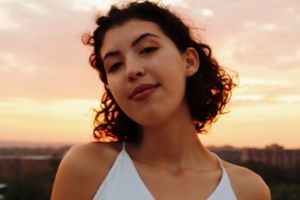 How do Nicaraguan labor migrant women construct meanings around the process of migration and adaptation to Costa Rica?

Given a definition of placemaking as imbuing spaces with new meanings, my ethnographic study, “Practices of Placemaking: An Ethnography of Nicaraguan Labor Migrant Women in Río Azul, Costa Rica,” analyzes the everyday practices—such as discussing telenovelas on the community soccer field or frying empanadas on a skillet—of Nicaraguan labor migrant women to explain how they carve out a physical and discursive space for themselves in Costa Rica. Based on data collected between May and August 2019 in Río Azul, La Unión, Costa Rica, this paper analyzes narrative, in-depth interviews, conversations from focus groups, and participant observation in communal activities and household life.

This project identifies three ways in which migrant women imbue spaces with new meanings. First, Nicaraguan labor migrant women in Río Azul expressed a desire to return home, even as they worked to fulfill the goals and justify the sacrifices they made in their choice to migrate. Second, the women’s growing awareness of rights violations and their efforts to push back against them become ways to overcome anxieties and fears. Third, these women’s stories fit within the larger historical context of Nicaragua-Costa Rica immigration—not only as labor migrants but also as wives and mothers of binational families. Nicaraguan labor migrant women in Río Azul view themselves as agents of a destiny they’ve chosen from limited options.

As a Costa Rican-American, I learned to understand how the Nicaraguan labor migrant women's narratives reveal the importance of daily activities as forms of resistance. I was most surprised by how the research allowed the process of migration to be unpacked as an intimate and embodied experience beyond discussions of migration in economic terms. 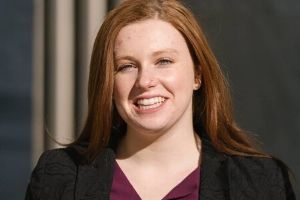 How did female victims use narratives to attempt to understand the Red Army’s perpetration of sexual violence against them at the end of World War II?

My research project, “Liberation’s Red Flag: Analyzing the Red Army’s Perpetration of Sexual Violence in the Final Months of World War II,” utilized narrative analysis, a type of discourse analysis that examines how people create meanings through the stories they tell. Narrative analysis examines diaries, journals, interviews, and other sources. My research focused specifically on diaries written by female survivors from this time period.

One of my main findings was that women relied on a discourse of primitivism and incivility to describe the Red Army soldiers who abused them, and this allowed them to distance themselves from their attackers. Ultimately, focusing on the perceived differences between German and Soviet societies allowed victims to create distance between themselves and their attackers, which made it easier for victims to understand why such horrible atrocities were happening at all.

What causes elites to support institutionalization in fragile states?

I conducted theory-building process tracing for my project, “The Causes of Elite Support for Institutionalization in Somalia,” to identify the causal mechanism that explains why elites chose to institutionalize during the electoral process. I drew upon government documents, news reports and interviews in the local media, and the research of international actors to test the theorized causal mechanism. Political settlement analysis was used to conceptualize the motivations and relationships of elite actors.

I found elites supported institutionalization when they were able to secure guarantees of their key interests, and external constraints forced them to commit to supporting or opposing the new political settlement.

One thing that surprised me during my research was the amount of effort spent by all sides during the bargaining process to maintain dialogue and make progress in an extremely challenging environment for institutional development. 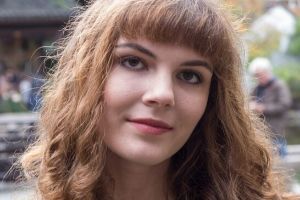 How has the Alternative for Germany subverted German national identity discourse to gain political legitimacy?

My methodology for my project, “Culture in Crisis: How Alternative für Deutschland Turned Immigration Into a Manufactured Crisis of Identity Politics,” involved a discourse analysis of immigration policy in the party manifesto for the Alternative for Germany, a German political party, as well as several key buzzwords used by the party and German media. The discourse produced by the Alternative for Germany represents immigration—specifically by asylum seekers from Syria—as a threat to German national identity.

Germany has had many far-right political parties in the decades since WWII, but none have been as successful as Alternative for Germany. Some may argue that is because the immigration crisis of 2015 coincided with the party's trajectory; however, most other previous far-right parties also mobilized in response to waves of mass immigration. Therefore, the volume of immigration alone is not the answer to the success of Alternative for Germany. 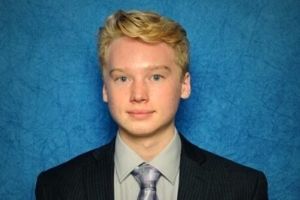 Why did Britain and the United States not go to war at the turn of the 20th-century?

My project, “A Peculiar Peace: Thucydides's Trap and Anglo-American Rapprochement,” utilized analyticism that focused on historical inquiry and singular causal analysis. I found that a transatlantic discourse of "Anglo-Saxonism" not only made war between the United States and Britain feel "unnatural," but also became the basis for a further transfer of global hegemonic power from the British Empire to the United States.

I was surprised to learn how discourses and identities of "civilization" really matter in fleshing out the course of these power transitions and how this might matter in the ongoing Sino-American power transition. 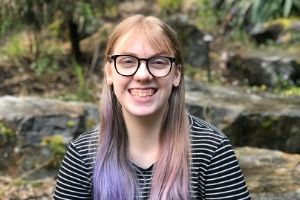 How did Hong Kong and mainland China-based news sources frame the events in 2014 and 2016 in terms of the relationship of the events to the identity of Hong Kong?

For my paper, “News Media Framing from Hong Kong and Mainland China of the 2014 and 2016 Movements in Hong Kong,” I conducted a critical discourse analysis of news sources from across the political spectrum (pro-Beijing, Moderate, anti-Beijing/pro-independence) from both Hong Kong and mainland-based publications.

Across the political spectrum, all sources made mention of the idea that the riots/protests—however they chose to categorize them—were in some way related to, often referred to as contrary to, what is considered the fundamental identity of Hong Kong. Hong Kong was seen as a peaceful, prosperous area which was not prone to violence. Furthermore, the primary actors of the movements were seen as “un-Hong Kong” and even referred to as separatists or terrorists.

All this shows that the most prominent framing of these events was they were disruptive, if not outright unacceptable. I was surprised that all sources condemned the movements, particularly the 2016 movement, as I had assumed there would be much more sympathy for those involved. 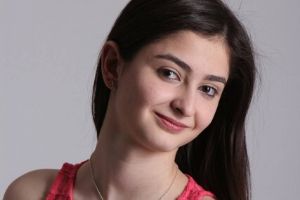 How are human rights still compromised if they are protected by existing international treaties to which countries have subscribed?

In my paper, “Terrorism: A Convenient Definition,” I examine the rhetorical landscape of the competing definitions of terrorism and their effects. I investigated the broader discursive field of terrorism by looking in detail at the efforts to define Hamas as a terrorist organization. I also looked at the actions of Hamas that may or may not classify it as a terrorist organization based on different definitions.

I collected data from official government documents, successful United Nations Resolutions, and international conventions to pinpoint the dominant discourses and the various available definitions of terrorism that were used. The process was very frustrating at times, but it was also very enlightening to see how a project comes together yet always remains a work in progress.

Through this research, I found that an ambiguous definition of terrorism creates space for countries to compromise human rights while remaining within the premises of international law.