The entire global community is now facing the unprecedented triple crisis of a global health pandemic, economic recession and global financial meltdown – and the fates of rich and poor countries have never been so intertwined.

Commodity prices are collapsing, international trade is slowing and many developing countries that were already in distress are on the edge of full-blown sovereign debt crises.

But while rich countries like the U.S. and those in Europe can afford to spend hundreds of billions or even trillions of dollars on massive bailouts, developing and emerging nations like El Salvador, Uganda and Myanmar are much less able to rescue their own economies.

As an expert in development economics, I believe it’s imperative that the richest countries find ways to shore up their poorer neighbors.

Brazil, for example, has reported thousands of cases and hundreds of deaths, even as its president continues to play down the threat. As a result of measures to contain it, South America’s largest economy expects no growth this year – which some economists consider optimistic.

Chaos recently erupted in El Salvador after the government promised $300 in aid to informal workers like house cleaners and street vendors. Even though the country was in the middle of a 30-day lockdown order, thousands of people formed lines outside of a government office hoping for aid, resulting in police using pepper spray to disperse crowds.

And while countries in Africa haven’t seen all that many cases so far, the World Economic Forum warned that the region faces a “COVID-19 time bomb.” Already it’s been enough to threaten fragile health care systems in countries such as the Democratic Republic of the Congo, Burkina Faso and Senegal, which will severely strain their economies too.

Most developing countries do not have enough hospital capacity, including intensive care units, or equipment like ventilators needed to treat large numbers of patients, which could prove be a disaster for these countries.

But experiencing a outbreak isn’t necessary for a country to see its economy crushed by the crisis. Countries that rely on remittances sent home from abroad, imports and tourism, such as Leosotho, Tajikistan and some small island nations have seen few cases but are still suffering from the impact.

While it should be enough to offer these countries aid because it’s the right thing to do, it’s also in the self-interest of the U.S. and other wealthy countries.

This becomes more critical now when it comes to essential goods like prescription generic drugs from India and manufactured goods such as communication equipment and office machinery from Taiwan.

But, just as Western economies begin to recover from the current coronavirus wave, they will continue to be affected by continued turmoil elsewhere and will likely face severe shortages of essential raw materials, for example of copper from mines in Peru, Chile and Mongolia.

Beyond the economic effects and financial contagion, there are also national security concerns. The collapse of economies in Latin America and Africa could lead to massive migrations as people try to flee troubles at home.

So far, though, we’re just seeing a trickle of aid.

The International Monetary Fund announced it would make US$50 billion available to low-income and emerging market economies. And the World Bank and IMF are encouraging their members to place a moratorium on foreign debt payments by African countries.

This won’t be enough. During the 2008 global recession and financial crisis, the IMF responded by issuing $250 billion worth of its in-house currency to aid developing countries.

The current crisis, however, combines a recession, financial crisis and an unprecedented health pandemic – a triple whammy that has closed borders, shut down entire economies and resulted in massive unemployment.

A group of economists recently proposed that the IMF should quickly deploy double that amount to help them stabilize their economies, stem financial outflows and finance domestic stimulus packages. Based on my own calculations, I believe that actual need could be more like $1 trillion. And using the IMF’s own currency, known as special drawing rights, is a low-cost way to provide aid.

This is an unprecedented global crisis of truly historic proportions, and it is not hyperbolic to say that the decisions that must be taken in the next weeks literally hold millions of lives in the balance.

If the rich countries thought they only needed to worry about themselves, they should think again.

This article is republished from The Conversation under a Creative Commons license. Read the original article. 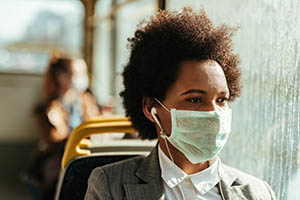