Our goal with the Research Fellows program is to recognize and honor
distinguished professionals whose work exemplifies the Center's mission: to inspire a new generation of filmmakers and media experts whose commitment to environmental stewardship drives them to produce creative work that is
informative, ethically sound, entertaining—and makes a positive and measurable difference. The Research Fellow award is accompanied by a $5,000 stipend.

The Research Fellow’s responsibilities during the 12-month fellowship may include guest lectures and teaching, mentoring graduate students, contributing to initiative such as diversity and inclusion, creative impact research, and advising on key events.

Leah Mahan is an independent documentary filmmaker whose work has been nominated by the Directors Guild of America for Outstanding Directorial Achievement.

Sweet Old Song (2002) aired on the PBS series P.O.V. and was selected by Roger Ebert for his Overlooked Film Festival. She served as U.S. Film Envoy for the American Film Showcase, traveling to Indonesia with Come Hell or High Water: The Battle for Turkey Creek (2013), which aired on the PBS World series America ReFramed.

Leah has been a Fellow at Sundance Documentary Editing and Story Lab and Sundance/Skoll Stories of Change, and a Hatchlab Mentor for the Alliance for Media Arts and Culture. She got her start as a research intern on the PBS series Eyes on the Prize and her first film was Holding Ground: The Rebirth of Dudley Street (1996). Leah’s work has been supported by the Sundance Institute Documentary Fund, Independent

Television Service, Ford Foundation and W.K. Kellogg Foundation. Leah is currently writer and co-producer of Skin of Glass, a feature documentary about the tumultuous recent history of Brazil, through the story of a modernist architect whose landmark building in downtown São Paulo was occupied by hundreds of squatters before it caught fire and collapsed in 2018. 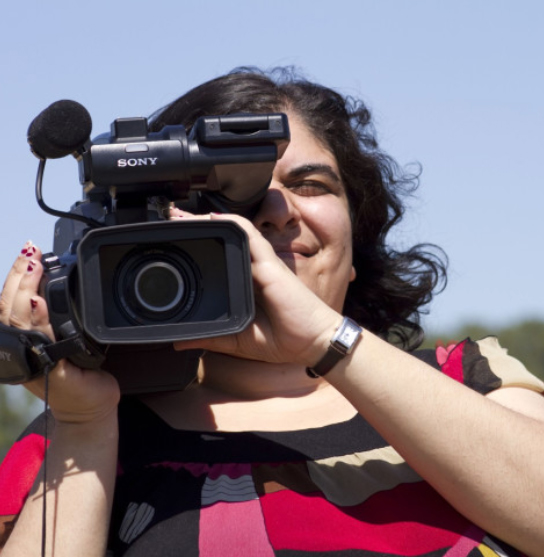 Alum Aditi Desai is the recipient of the Research Fellow award for 2018 at the Center for Environmental Filmmaking. Aditi is the Director of Multimedia and Assistant Director of Communications at American Bird Conservancy.

Aditi has helped fulfill the Center's mission by serving as a role model for emerging environmental filmmakers, facilitating internships with current AU students, and working with students on films for the Center and its partners.

Aditi is a digital storyteller skilled in producing, editing, and shooting documentaries. She has worked for clients such as The Pew Charitable Trusts, The Prince Charitable Trusts, the National Park Service, and Blue Bear Films. Aditi holds an MFA in Film and Electronic Media from AU and a BA in Psychology from Smith College. She is honored to share stories about passionate people working to manage and protect wilderness and wildlife for future generations.

She is a recipient of the William J. Clinton Fellowship for Service, the Pew Leadership Year Fellowship, the Women in Film and Video Carolyn's First Decade Fund Grant, and has won a CINE Golden Eagle, TIVA-DC Peer Awards, and other industry awards. The Culture of Collards, which she produced for the Center, was recently a finalist for Saveur Magazine's best food video. Her films have screened in numerous festivals including the DC Environmental Film Festival and Newport Beach Film Festival. 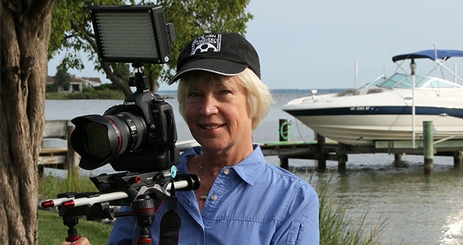 Sandy Cannon-Brown has helped fulfill the Center's mission by serving as a role model for emerging environmental filmmakers, mentoring countless students and young professionals, building Center partnerships with media and non-profit organizations, and working with students on films for the Center and its partners. She is the president of Video Takes Inc. and is an associate director of the Center.

Cannon-Brown taught Environmental and Wildlife Production at American University for six years. Her students won many awards for the work produced under her tutelage, including five student Regional Emmys. In 2011, Cannon-Brown received a University Faculty Award for Outstanding Teaching in an Adjunct Appointment. She currently is assisting former SOC Dean Larry Kirkman on an interdisciplinary initiative that focuses on water issues.

Through her company, VideoTakes, which she founded in 1985, Cannon-Brown has accumulated dozens of top awards in prestigious festivals, including six CINE Golden Eagles. Her personal honors include a Woman of Vision award from Women in Film & Video and individual recognition for scriptwriting and directing from ITVA/TIVA. She currently is working on a film about oysters in the Chesapeake Bay. She'll show a sneak preview of the film on November 19 in the Wechsler Theater as part of Center's 9th Annual Fall Film Series.