27-year-old Taylor Mickal enters his third year as a full-time student at American University School of Communication (AU SOC) this semester and was able to meet for an interview about the variety of work he currently engages in. Primarily, he spends the days outside of class working as a staff photographer at NASA's Goddard Space Flight Center in Greenbelt, MD. He also is serving out his second year of contracting for National Geographic's D.C. headquarters photographing events. Maintaining a photography business of his own on top of all this, it would certainly be an understatement to describe him as a busy man.

Mickal is in the Pathways Program at NASA, which allows him to finish school while working. He said he spends half of his week at NASA and half at AU. As a staff photographer for NASA, Mickal has to be able to shoot just about everything. One example of this is an assignment he was given to do high-speed close-up videography of particles breaking off between energized pieces of metals. The video shows exactly how the particles behave and break away and are helpful in allowing NASA to understand whether welding in space will be feasible and what kind of dangers it may pose to astronauts or off-world workers. 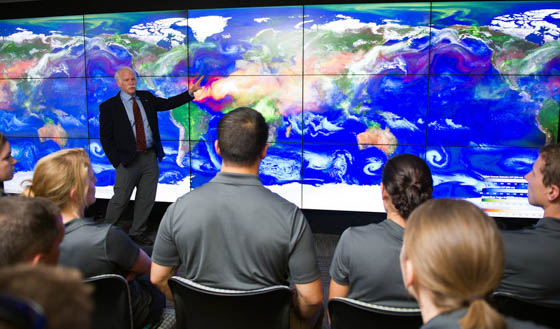 Besides the more scientific work, Mickal also shoots events, portraits, and various other assignments as needed. When I asked if he had any ultimate goals, he cited Bill Ingalls, the chief photographer at NASA.

"I would like his job… if he's getting ready to leave soon of course," he said, laughing. He also mentioned that it would be great to be assigned a large project like the James Webb Space Telescope (currently assigned to NASA photographer Chris Gunn.)

Mickal also photographs events and branding images for National Geographic. He points out that he especially enjoys this work because he is surrounded by people he considers friends, but also because each event is an opportunity to learn something new. A sentiment he additionally shares in regard to his work at NASA.

"You're sitting there photographing these people talk about the work they've done, and you can’t help but listen and be informed and educated," Mickal said. 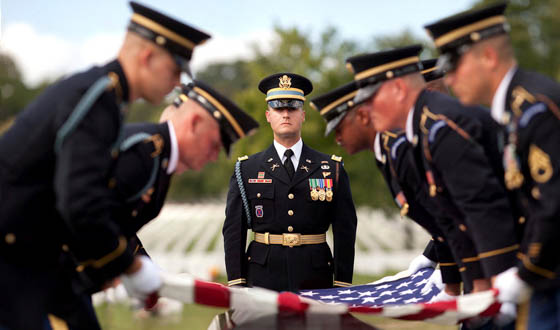 ARLINGTON, VA, September 27, 2017-- A soldier leading the burial service watches over the detail as they lift and prepare to fold the flag at the Arlington National Cemetery. Photo by Taylor Mickal

Mickal's own business, Taylor Mickal Photography, also brings him other interesting projects and assignments. One of them being the photographing of burial services at the National Arlington Cemetery. "This is probably some of the most meaningful work I've done," he adds. "To photograph these events is often deeply humbling and I feel honored whenever a family asks me to be their photographer. It can also be some of the most difficult work, because you're given all the challenges of documenting a live event with the added challenge of doing so with the utmost respect. You have to find the space between getting the best shot and still remaining unintrusive."

Nearing the end of his time at AU with only a little over a year left, I asked why Mickal chose to attend American. "It was an ideal location where there were many opportunities in being so close to the nation's capital. I just picked where I wanted to live, and then chose the best school for me; there was also a seemingly strong communication program here, and that's proven to be true through my experience at the school," he answered.

"If I had to pick the best asset of American University, it's definitely the faculty," Mickal said. "They're all not just well educated, but they're all accomplished."

As for Mickal's favorite subject to shoot—an often asked question—he said it's his seven-year-old brother.

"He gives me the ‘worst’ pictures every time," Mickal said. "He does these crazy cheesy smiles, makes these weird faces, and he’s way too wild for me to capture, but they're the best photos to me."