Fernando Rocha is a student in the film and media arts program with a major in film and a minor in sociology. Rocha is a part of the Fredrick Douglas Distinguished Scholars (FDDS) program, an award-winning program that prepares American University’s foremost student and alumni leaders for graduate and professional school, career management, and socially responsible leadership. As an SOC student, he has been able to build his own network within the school among staff and students. Through networking and studying abroad in Prague, he has focused on cinematography and continues to learn more about himself and his interests.

Rocha’s interest in documentary storytelling initially sparked in high school when he met his film teacher in his first year, and was introduced to the film program. While there was an emphasis on theater at his school, he was able to notice a trend in lack of representation. “A lot of my white classmates early on got the stories they wanted to portray and it was more viable, but I realized that I want to create movies about people who look like me,” he said. This prompted his interest in creating purposeful pieces of art, starting with a documentary about the janitor at his high school. While his interest and dedication to cinematography has grown over the years, he is able to realize the importance of representation and understand how it can become superficial if it does not truly represent the identities of the particular group at hand. For a more equitable future, Rocha hopes that everyone is able to have access to tools that can bring a change to harmful narratives surrounding the lives and experiences of marginalized communities. Emphasizing diversity on camera as well as behind the scenes comes with giving the opportunity to a person from a marginalized background to voice that they want to change the narrative, which is something he points out. 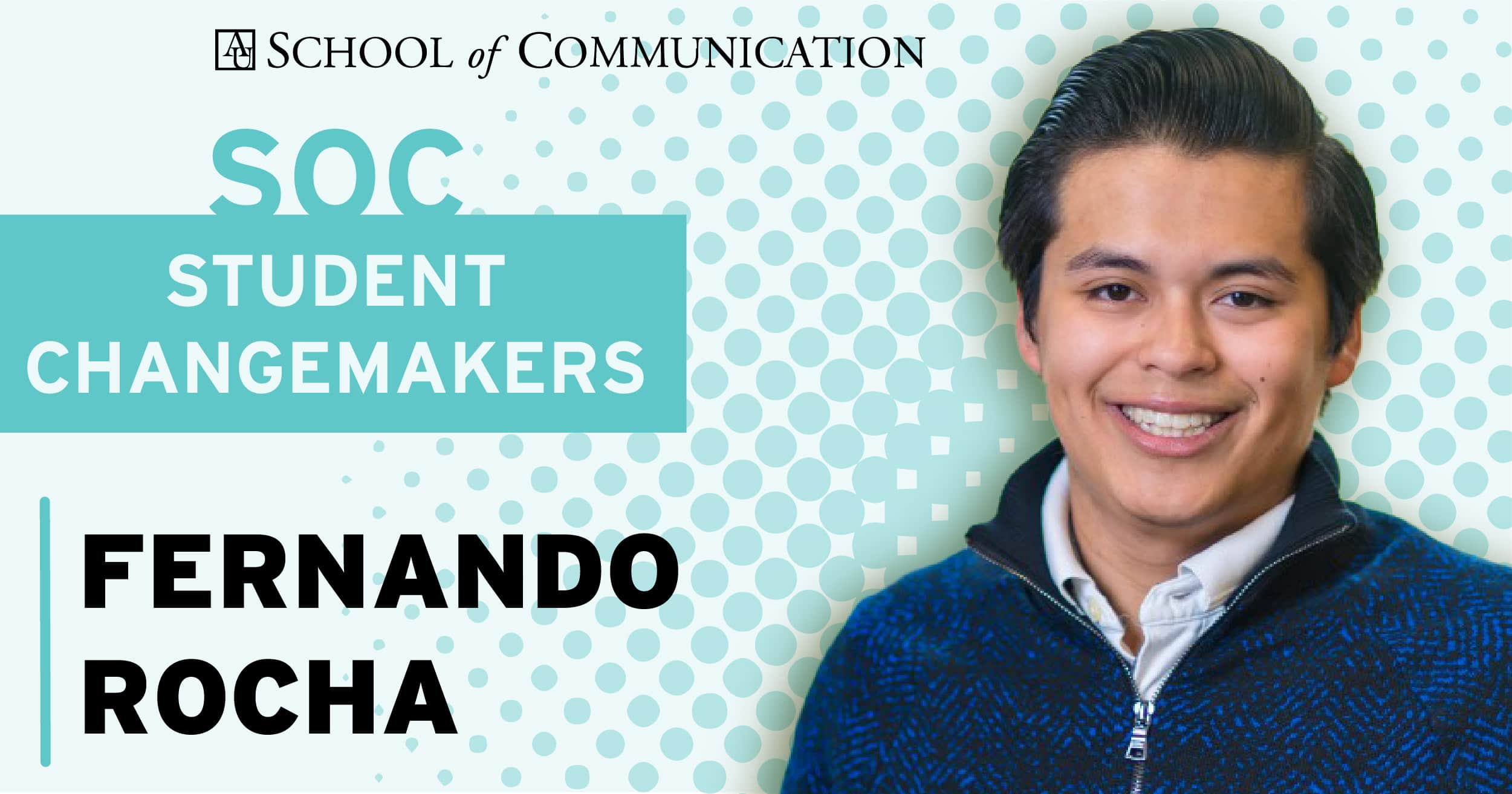 For me, it was about saying this is one-hundred percent, not my experience, and take a step and figure out how we can make this happen.

While taking the course, Community Documentary, which is a part of SOC’s Community Voice Lab, it prompted him and other students to make a film in a collaborative way where they are able to interact, learn and create a documentary about the community they are in. Rocha has also been able to work with other SOC students like Fernanda Perez to write and produce a short fiction film that went on to be the first short film to win the Summer’s Artists and Scholars Grant. The film is about what the US-Mexico border means to the different people who live at the intersection of that area. He co-wrote and co-directed this work with local storytellers, and employed a "community-based" storytelling approach, which included community feedback. “For me, it was about saying this is one-hundred percent, not my experience, and take a step and figure out how we can make this happen,” said Rocha.

In order to encourage students to make a change, this documentarian wants students to focus on why they want to tell a specific story, and whose story it is that they want to tell. “It’s about recognizing the power in this medium and really thinking about why you’re here, and from there you can say, ‘I see a gap in the narrative and I want to help fill it,’” he emphasized. “Whether that’s with writing, editing, or producing and finding the resources, you have to take that step.”

Fernando Rocha is a 2020 senior majoring in Film and Media Arts with a primary interest in cinematography. Watch along as he talks about a piece of his journey and growth into filmmaking as a student at SOC.