American University MFA Film and Media Arts student Beth Ebisch, who is concentrating on environmental film at the School of Communication, wrote this first-person account of her experience speaking about SOC's Center for Environmental Filmmaking at the Smithsonian National Zoo.

I had the chance to talk to teens on behalf of the Center for Envrionmental Filmmaking at a Smithsonian Institution Earth Optimism event at the National Zoo in May. It was such an enriching experience! The event focused on getting environmentally active teenagers together to collaborate on what they do in their communities to promote environmental awareness and encourage widespread conservation efforts. Some of these young people worked with groups at their schools and some had even started their own organizations to decrease use of straws and plastic.

[Fellow AU SOC MFA student] Grace Eggleston and I talked to kids about their favorite documentaries and using films to communicate messages of conservation during the event reception. 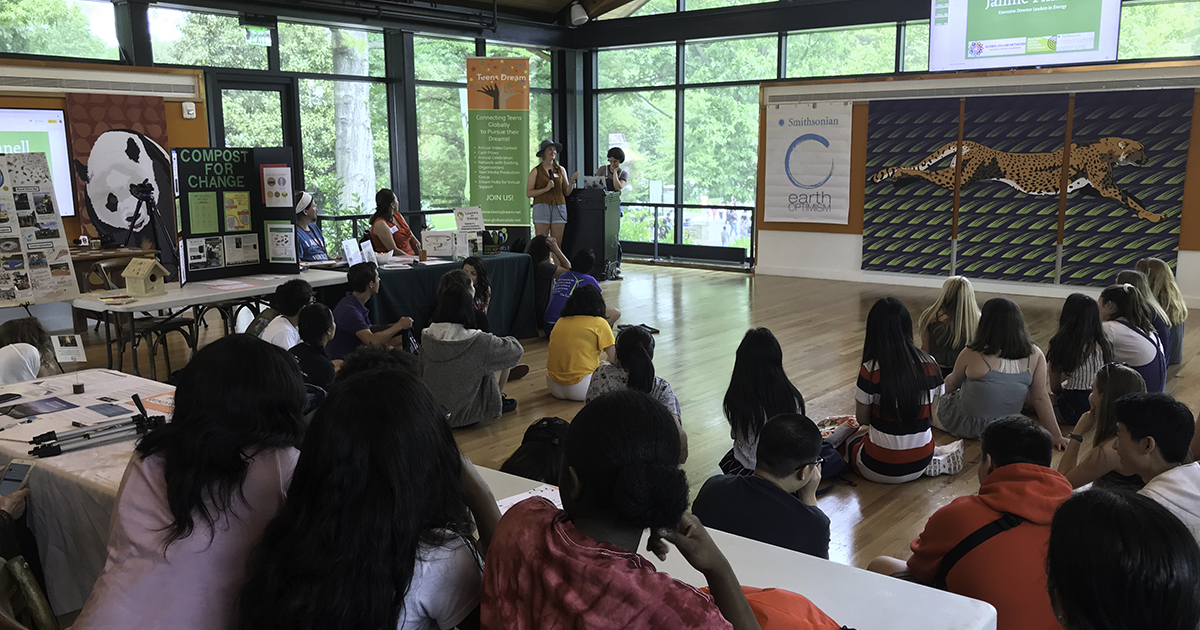 Following videos from [fellow AU SOC MFA student] Hyatt Mamoun, I gave a short presentation about the power of effective environmental communication, especially when it comes in the form of something as visually engaging as film. I discussed how beautiful images and interesting characters can connect people to stories, and how especially stories with positive messaging can help to empower others to create change. I tried to emphasize that anyone can make films, and that the artistic voice of a film comes through based on the filmmaker.

The most rewarding part of the day was when a mom approached me while the kids were doing an activity, and she told me that my presentation had inspired her young daughter, who had come with her teenage brother. Her daughter had asked her if she could borrow her mom’s camera once they returned home later that afternoon to film bugs by the lake behind their house. It was so amazing to see these young people get as excited about environmental film as I do!