Real or fake? At a time when the reading public daily grapples with the question of fake news, the American University Game Lab/JOLT has created an accessible, easy-to-play game that helps you sort fake news from real.

The brainchild of former AU JOLT Fellow Maggie Farley and designed by AU game professor Bob Hone, Factitious is a quick game that can be played on any platform.

"Factitious is a playful way of exploring the fake news conundrum," Grace said. "This game is a good way to remind players about what they know and don't know about news."

Farley pitched the concept more than a year ago, before the 2016 presidential campaign brought the challenges of fake news to the spotlight. For purposes of the game, "fake news" is defined as stories fabricated for fun, influence or profit, as well as satire, opinion and spin.

"Fake news is impossible to stop, so we wanted to playfully teach people how to recognize it," said Farley. "But the game is fun to play in itself." 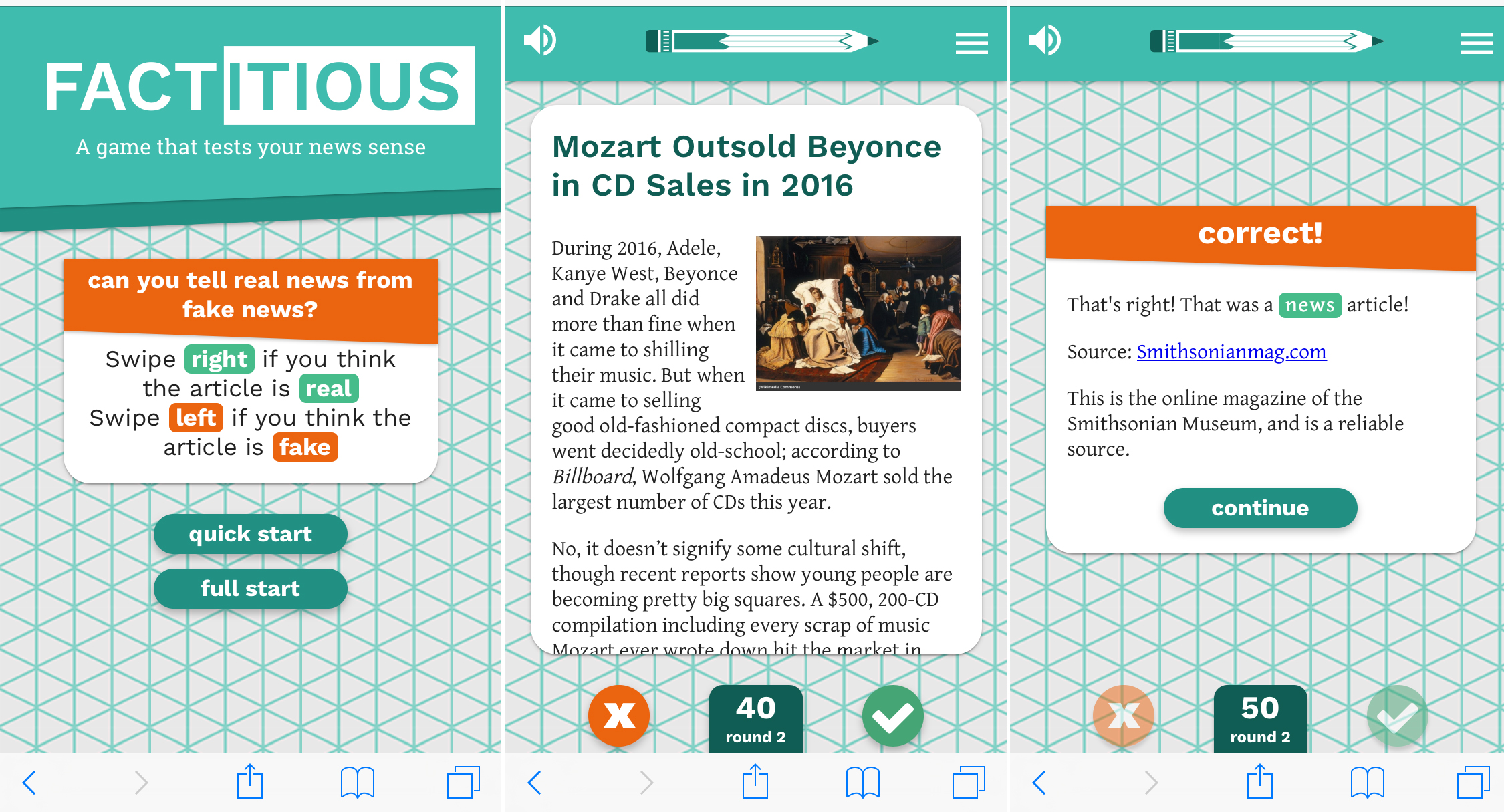 Developed under a Knight Foundation grant, the game engine in the next phase should also be available to newsrooms, schools, or groups that want to adapt a version for their own use. Grace said the game "also demonstrates playful ways for newsrooms to gather data about how players perceive their content."

Other recent Game Lab projects include a trivia game for Vox Media's Polygon pegged to anniversary of Final Fantasy VII and Commuter Challenge, that inspires empathy and taps into a groundswell of frustration around DC Metro’s SmartTrack initiative, developed through a partnership between NPR’s WAMU 88.5.

Read more about Factitious in these major outlets: