Filmmakers have been producing films about environmental issues since the Dust Bowl swept the American plains in the 1930s. After Rachel Carson published her book Silent Spring in 1964, people realized that something must be done about human-caused environmental issues.

In 2009, environmental filmmakers gained a tool to integrate sustainability into their productions and marry the concepts of practicing and preaching sustainability. American University School of Communication’s Professor Larry Engel partnered with UK producer Andrew Buchanan to publish The Code of Best Practices for Sustainable Filmmaking. They had met for the first time two years earlier at the Jackson Hole Wildlife Film Festival and Summit (now Jackson Wild). They both were working independently on carbon footprints and green filmmaking and decided to join forces.

Engel and Buchanan developed The Code to help minimize resources used in production and carbon emitted over the course of a project. The Code was based on a global survey in best practices in sustainable filmmaking and involved more than 175 filmmakers and companies. Their findings were reviewed by experts in the field of climate change, carbon reduction and sustainability for scientific validity. Through the School of Communication’s Center for Media and Social Impact, The Code was supported by the Ford Foundation and WWF UK as well as the Center for Environmental Filmmaking at American University. It was endorsed by UFVA, Women in Film-DC, and the International Documentary Association.

In the 11 years since The Code was published, it has been adapted and used as a framework for productions not only in the US and UK. German expert in sustainable filmmaking Katja Schwarz discovered The Code in 2010 and working in the Odeon Film Group translated it into German so that her company could test it on productions. Her goal was to establish a resource-saving and socially fair production method that eventually resulted in a reduction of 42% of CO2 emissions based on a 24-day film shoot. Producing feature films and non-fiction mainly for TV-broadcasters, but also for cinema, Odeon Film management decided to test sustainable production methods of the Code first in the 2011 season of the TV-series The Country Doctor. And they did. Additionally they measured the carbon footprint in all offices of the group with the carbon calculator of the climate protection company ClimatePartner. Then they adjusted the calculator for the needs of movie production. With this tool according to the Greenhouse Gas Protocol The Country Doctor’s footprint was determined as well and compensated by financially supporting a climate protection project. This process established that it not only became the first German company to implement green filmmaking policies in the production of a TV-series, but that it was the first TV-series in Europe to have been produced in a carbon neutral way. Various government agencies and broadcasters throughout Germany then created incentives for film companies to use the adapted code and the emissions calculator to reduce their own carbon emissions for both fiction and nonfiction filmmaking, which included the popular TV series Tatort.

Schwarz also provided guidelines for productions based on The Code that include the use of reusable batteries, energy-saving lights (LED), and recycled material on set or location. How the cast and crew travels, where they stay and how they are fed were also major factors in greening production. Characters in shows can even be presented on screen as being “green,” wearing clothes with ‘pro-environment’ slogans, recycling materials, and turning lights off when they would leave a room. These simple acts communicate a message to the audience that these practices are popular and “cool.” Even in post-production, Katja Schwarz encourages filmmakers to work in sustainable office spaces, use sustainable materials, sort their trash and work virtually, primarily to save waste and energy.

Moving forward, Katja Schwarz is working on implementing green production more widely throughout Germany together with a big network of other active and experienced filmmakers of Crew United, Crew Tech, greenfilmshooting.net, and broadcasters. While there are costs to go green, there are also significant savings to be had during all stages of production. Buy in by executives, crew, and talent is critical to success, as well as mutual appreciation, teamwork and fairness as well.

In the United Kingdom, in March 2020 the Doc Society hosted the second edition of the Climate Story Lab, where The Code of Best Practice for Sustainable Filmmaking was referenced as being tested during the production of a forthcoming short documentary, Eve. The film focuses on a young climate activist living with her family off-grid. The Doc Society is now creating a new adaptation of The Code that will be used on all short documentary film productions granted as part of the 2020/21 BFI Doc Society Made Of Truth short-film fund.

Professor Engel is working with filmmaker Davis Huber to assist production companies in greening their productions and advising them on carbon offsets by developing a nonprofit consulting company, Net Zero. They also want to create a certification for the film industry much like LEED is to the architecture and engineering communities, and the USDA Organic food label. They plan on calling their certification LEAF, or Leadership for Environmental Activism in Film. Huber and Engel hope to make it easier for companies to be greener by assisting them in sustainable planning on the front end of production or in the calculation of their carbon footprint at the end of production. As Engel says, “It’s about time for all filmmakers and especially those in the environmental and wildlife arenas to protect the planet and go green. It’s the ethical thing to do. It’s no longer about the budget; it’s about our world.” 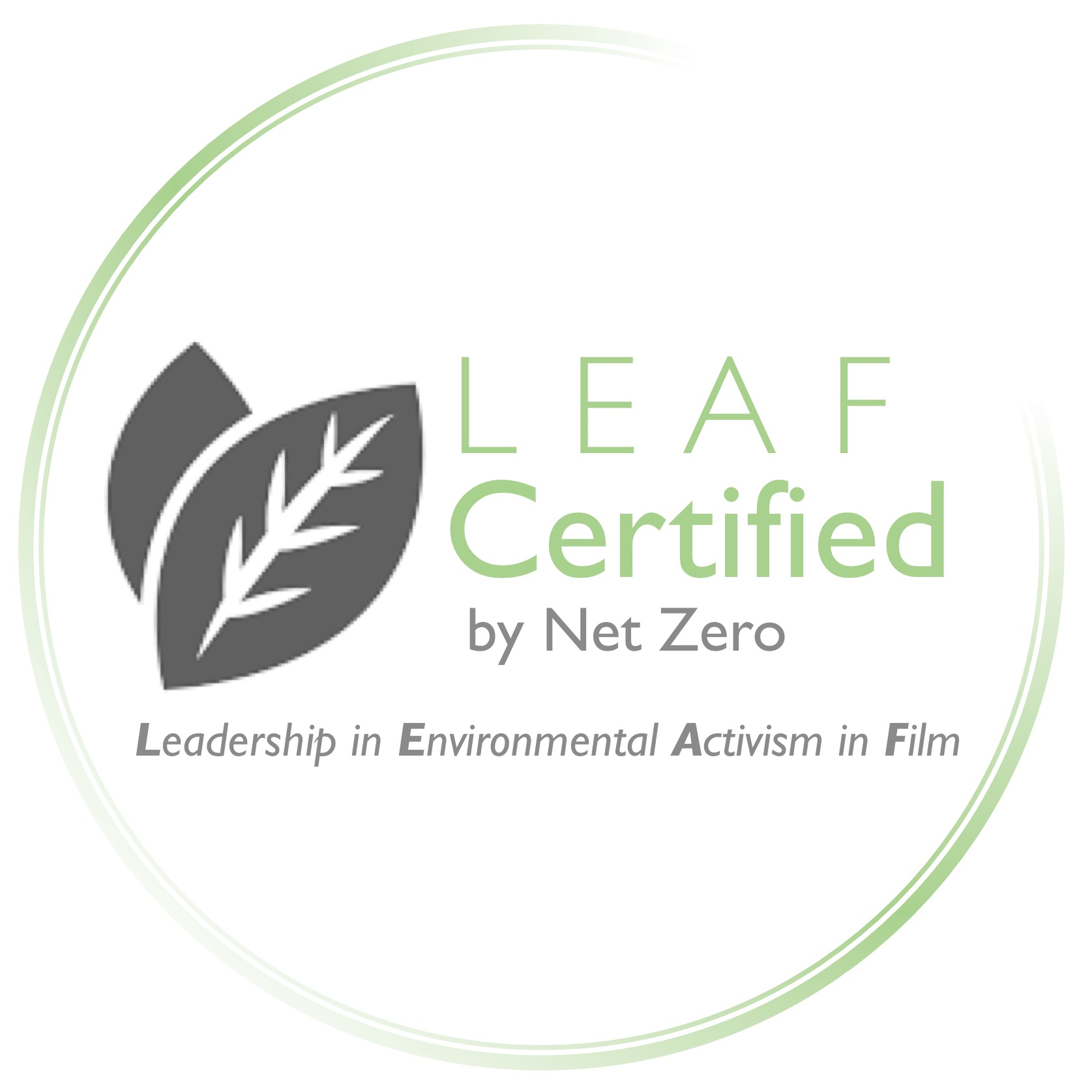 More information on The Code can be found through the Center for Environmental Filmmaking website as well as the website for the Center for Media & Social Impact.