Jennifer LaFleur joins the Investigative Reporting Workshop as a its new data editor and the School of Communication at American University as a data journalist-in-residence today.

LaFleur was previously senior editor for data journalism for the award-winning Reveal from The Center for Investigative Reporting, which she joined in 2013, and where she worked as a senior editor, managing news apps developers, data reporters, investigative reporters and fellows. She also contributed to or edited dozens of major projects while at Reveal. 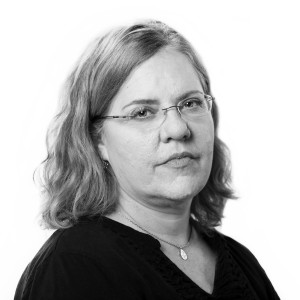 "Jennifer LaFleur is one of the preeminent data journalists in the world," says Chuck Lewis, executive editor at the Workshop. "We are delighted she is joining us at the Investigative Reporting Workshop and the American University School of Communication."

LaFleur is also the former director of computer-assisted reporting at ProPublica and has held similar roles at The Dallas Morning News, the San Jose Mercury News, and the St. Louis Post-Dispatch. She was also the first training director for Investigative Reporters and Editors.

She has won numerous journalism awards, including for her coverage of disability, legal and open government issues, and spoken to and trained hundreds of journalists around the world for roughly a quarter century. She was part of a team of journalists that won the very prestigious Phil Meyer Award (in 2013) and her work and projects won Third Place honors in the Phil Meyer Award competitions in 2011 and 2012. With the late David Donald and other preeminent data journalists, she has been a data journalism trainer in London at the Center for Investigative Journalism Summer School conferences, and in numerous Global Investigative Journalism Network and other conferences in North America, South America, Europe, and Asia.

"I'm thrilled to join American and IRW. I get to work with journalists I have long admired, work on important investigations that make a difference and teach the next generation of journalists," says LaFleur.

This story first appeared on the Investigative Reporting Workshop website.