Below is a first person account from Dean's Intern Brook Evans on her internship with NBC4 Washington.

It’s always an adventure at NBC Washington–especially this winter with the crazy weather! I think one of my greatest experiences so far has been covering the January blizzard. It was so exciting working with the Storm Team4 meteorologists and finding out the forecast before it was broadcasted to everyone on NBC4. I really got to see the importance of the news, especially during storms like this one. Since everyone was stuck inside, people turned on their TVs, browsed the site and opened the app to find the latest information on what was going on.

There was so much preparation during the days before the storm. I received a packet on NBC Washington’s procedure for reporting on storms. I guess I never realized how important it is to use or not use certain words in weather reporting. In some cases, using the wrong word would could lead to legal issues.

During the days leading up to the storm, I moderated a lot of Facebook Live chats for our viewers. Viewers could interact with the Storm Team4 meteorologists and get all of their questions answered by them on the spot. I also got to take over the Snapchat account, which was a lot of fun!

Despite how much it snowed, the news never stopped. Someone was in the newsroom at all times. Some people slept there, and others were brought in by four-wheel drive vehicles from hotels. Since I live within walking distance of NBC, I was asked to come in extra days. I did so gladly, since I knew it would be such a neat experience. I had the opportunity to write several articles covering the storm and keeping readers informed. Trudging through the storm was definitely a highlight. I showed up to the newsroom with snow covering my lashes and my clothes completely drenched from the snow.

That day, I got to monitor the Twitter feed and cut tape from the broadcasts. Pat Collins’ famous Snow Stick Challenge was in full swing, so there were lots of viewers’ funny submissions to go through. We were on the air 24/7, so there was constantly new tape to cut from the forecasts to update the website, too. I was definitely kept busy.

My internship is going great so far! I’m excited to see what the next weeks will bring.

The Dean’s Internship program pairs SOC’s top students with selected partner organizations for semester-long, for-credit internships. The competitive program provides extraordinary opportunities for undergraduates and graduates to have their work featured with named credits and bylines under national brands. 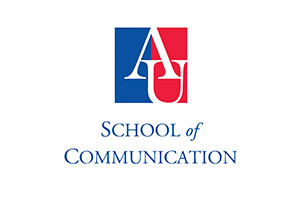