SOC: What sparked your interest in journalism?

SW: I was interested in photography at first. I studied at West Virginia University for undergrad and they didn’t really have a photography program. They did have visual journalism so I started studying that. Once I was there I had a professor, April, and she told me that I was really good at writing and so I followed that. I really like storytelling, even though my professor said I was good at writing, I’m not super passionate about the writing piece of it. But I like how Journalism allows me to use a lot of different mediums to tell stories. Photography, which is what I was really interested in, video, the writing of course, all of those things are interesting to me.

SOC: Which recent stories that you covered have left the biggest impact on you?

SW: Since I got to AU, covering the election was a big deal. I was able to work with NBC Washington on election day. I went to some of the polls and talked to people about why they voted. That night, I stayed up until finally the professors told us to go to bed. For the website that we made, I was going to help make our final post for the election to say who had won. But obviously the election was going on and on. So at 7 in the morning, the professor and I were on the phone together, finishing up that post and getting it online. That next day, my assignment was to cover women’s reactions and because of the results, it became something different, especially in this area. I think people consider this a liberal bubble and so the women who I talked to had a lot to say. Some were angry, some were crying, some were just somber. I had some women of color say that she was afraid for her life. It was definitely an intense experience.

SOC: What new skills have you learned through your internship that translated to changes in the way you work?

SW: Through my internship with USA today, which I’m still doing right now, I am part of their graphics team. They are introducing me to programming for interactives and that’s not something I have ever really done before.

SOC: How has your internship shaped the path of your career?

SW: We will see! This isn’t just specifically about the internship, but what I can say is that coming to grad school at AU has allowed me to have these opportunities. I graduated from undergrad in 2012 and I have only had one job in journalism, at a small newspaper, and now I feel like I can leave AU and have better footing to be more successful in larger markets and just be better equipped to do the things that I’d like to do. My internships were part of that but also my classes.

SOC: How has your internship changed your perspective of your field?

SW: It’s not just the internship, but my entire experience at AU and in DC. Before I came here I studied in West Virginia and then I worked in Tennessee so I have mostly been in small markets and I do want to do community reporting. But there are communities everywhere. Even in large markets like DC or NYC, a block may be a community as opposed to the town where I’m from that has about 4,300 people. So it’s just a community in a different way. My experiences here have given me the tools to tell those people’s stories whether it’s a small town in West Virginia or a big city.

SW: I feel like I am paying a lot of money to go to AU but I don’t regret it. I think I’m getting my money’s worth. 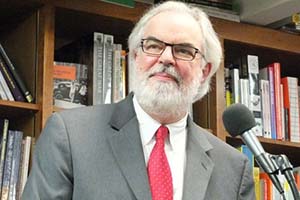