American University School of Communication (AU SOC) students and recent graduates are getting a head-start on a career in L.A. with a week of networking, visits to TV and film studios and candid discussions with Oscar-, Emmy-, and Golden Globe- winning professionals working across the entertainment industry, many of whom are AU SOC alumni.

The trip will also include site visits to CBS to meet producer Clyde Kaplan and experience a live taping and post-production of The Bold and the Beautiful; Amblin Entertainment where they will meet with Co-President, Darryl Frank; Nickelodeon where students will interact with staff from various divisions; CW Network, where they will be hosted by hosted by Mitch Nedick, CFO; and a tour of Warner Brothers Studios.

"I hope to make connections and get a sense for the job market and the L.A. area," says Kat Cooper, one of the students attending the L.A. Intensive this year. "Being one of the few female screenwriters/directors geared toward horror and thriller, I would like to connect with individuals who could advise on how to break out in that particular genre and industry and how to stand out from the crowd." 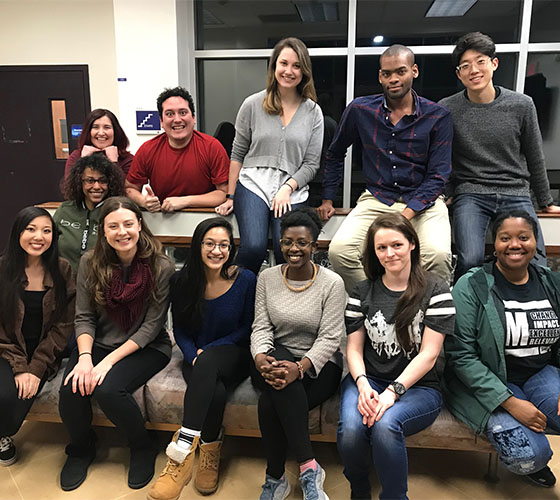 By the end of the L.A. Intensive trip, in addition to valuable contacts who work at major networks and studios, students will have a better understanding of the entertainment industry and landscape for work in the field of communication. Students will also see first-hand the opportunities and challenges that come with working and living in L.A.