Univision, Fusion Media Group (FMG) and American University’s Center for Media & Social Impact (CMSI) today announced the launch of a new research-based initiative that will shape and evaluate the depiction of key social issues in entertainment media. The project will inform content produced across Univision’s leading Spanish-language broadcast, radio, and digital platforms as well as FMG’s English-language platforms including FUSION TV, The Root, The Onion, among others.

‘Rise Up for Social Change’ at CMSI builds on Univision and FMG’s commitment to create positive social change through its Rise Up social impact unit and builds on CMSI’s track record in research, production and strategy in storytelling designed for social change. The project will serve as a research, strategy and evaluation partner on several of Univision and FMG’s grant-funded pro-social storytelling projects, beginning with the following grant-supported cross-platform storytelling initiatives:

The project also includes a 12-month graduate fellowship and student team at CMSI and will be housed at American University’s CMSI, an innovation lab and research center that examines the social influence and impact of entertainment and other mediated storytelling. 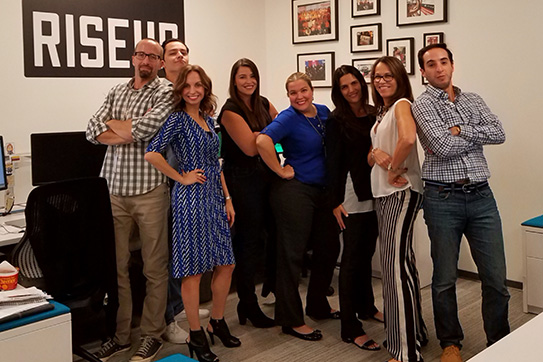 CMSI director Caty Borum Chattoo will lead the project. Borum Chattoo, an award-winning social-change communication strategist and media producer who works also in research, is a full-time professor who serves in an appointment as executive in residence at American University’s School of Communication, within the Public Communication division, in addition to her leadership role with CMSI. She begins work immediately on two projects, and finding a fellow. “I am thrilled to be working with such prestigious partners on such an important initiative," says Borum Chattoo.