The utility in this demonstration is that it provides a sense of whether the spatial clustering of terms and scholars seems to correspond to formally delineated fields of study or whether the clusters seem to suggest more emergent fields. In assessing the ties between scholars and concepts, 63 prominent scholars studying similar phenomena of collaborative governance were entered into UCINET, along with 16 concept terms they used to define such phenomena (Table 1, Figure 1). In addition, an attribute layer of the scholars' field of study was assigned in an effort to delineate the academic fields utilizing these terms and allow for more cross-fertilization in collaboration research.

Table 1. The extent to which terms are utilized and cited by scholars. 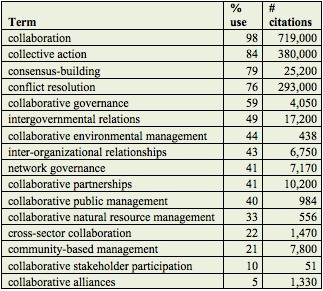 Figure 1. The extent to which terms are commonly cited or co-cited by scholars. 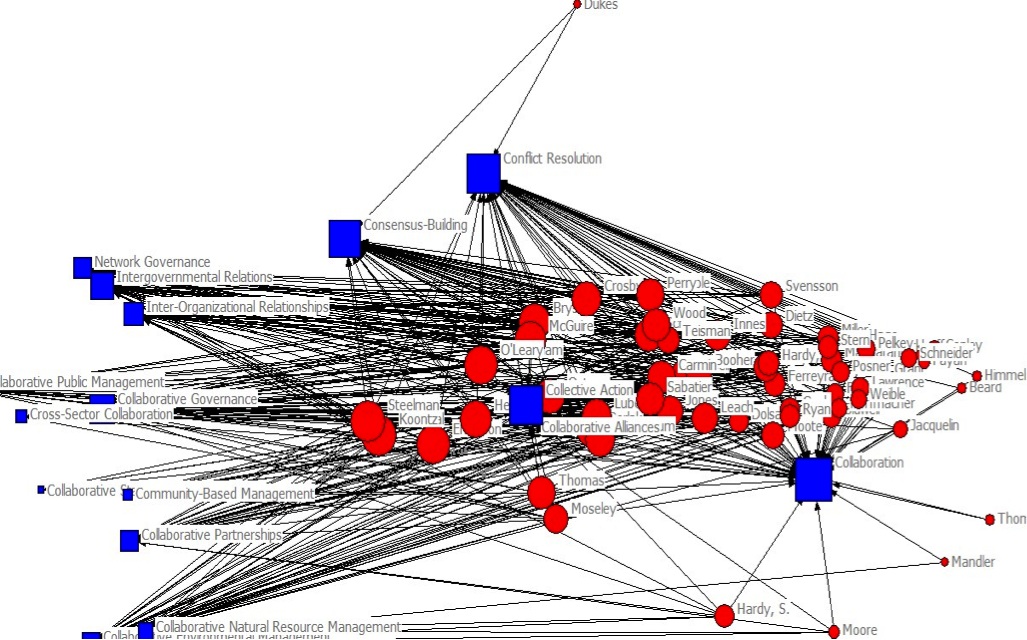 Jennifer Biddle, PhD in environmental science and public policy, will serve as the project lead. Kimberly Richards, MS in public administration and policy, will provide research assistance from the center for the project.