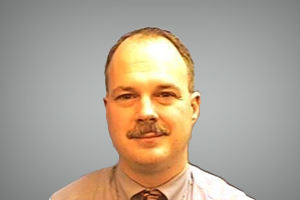 Key alum Robert J. Schall (Key/MPA, '03) has been promoted to acting deputy regional administrator of the National Capital Region within the General Services Administration (GSA). As acting deputy regional administrator, Schall is now responsible for directing day-to-day operations of NCR's Staff Offices while assisting with the planning and directing of all other activities as they relate to regional functions.

With more than 20 years of federal service, he began his career in 1991 as a graduate of GSA's Buildings Management Intern Program. Since February 2005, he has served as GSA/NCR's director of the Potomac Service Center, supervising a staff of nearly 200, and serving a client base of 16 agencies (including the Departments of State, Veterans Affairs and Interior). His GSA career has included five years as the director of the Ronald Reagan Building and International Trade Center and service as GSA's director of administration for the 2005 Presidential Inaugural. He has held numerous responsible management positions within Public Buildings Service. Schall was a member of GSA's Advanced Leadership Development Program, Class of 2003.

Schall holds a BA in Psychology from George Mason University and a Master's Degree in Public Administration from American University’s Key Executive Leadership Program, Cohort 23. He is a member of Pi Alpha Alpha, the National Academic Honor Society of Public Administration. He also serves on the Key Executive Leadership Programs Alumni Advisory Board.