By engaging in trial simulations in competition with teams from other institutions, students develop critical thinking and public speaking skills, as well as a knowledge of legal practices and procedures. Students travel to over a dozen tournaments across the United States and compete against many of the nation’s premier organizations.

HUGE congrats to our B team for securing a bid to ORCS this past weekend! Endlessly proud of these mock icons! #RoadtoChicago #allwedois 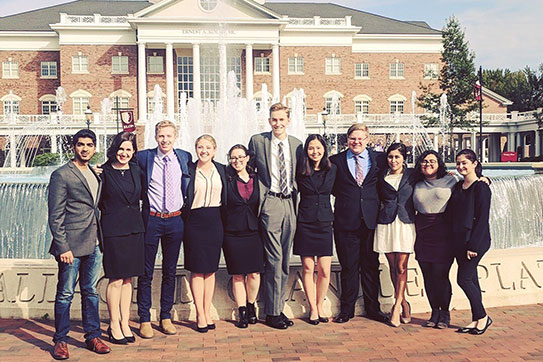