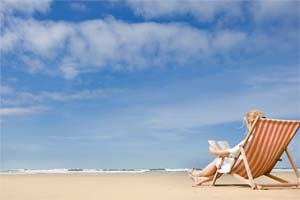 Behold the Dreamers by Imbolo Mbue tells the story of an immigrant couple who face hardship during the Great Recession while living in Harlem, New York. Published in 2016, the book is a recipient of the PEN/Faulkner Award for Fiction, making Mbue the first African author to receive this honor. During an appearance on CBS This Morning, Imbolo shared how borrowing Toni Morrison's Song of Solomon, from a library sparked her interest into becoming a writer. Media mogul Oprah recently announced Behold the Dreamers as her latest book club choice.

The Leavers by Lisa Ko explores the life of 11-year-old Deming Guo, an undocumented Chinese immigrant who is abandoned by his mother Polly. After Deming is adopted he struggles to assimilate while Polly tries to reconcile with the difficult decisions she made in her past. The Leavers won the PEN/Bellwether Prize for Socially Engaged Fiction in 2016 and is critically acclaimed for its portrayal of immigration and social issues.

Homegoing by Yaa Gyasi tells the story of half-sisters Effia and Esi who are in born in separate villages and live vastly different lives. Set in 18th Century Ghana, Effia grows up and marries an Englishman while her sister Esi is sold into slavery. The story continues with Effia's descendants living through centuries of Civil War and British colonization while Esis' go through slavery, the Civil War and the Great Migration. Homegoing is a New York Times bestseller and an Audie Award winner.

Little Bee written by Chris Cleave tells the story of a friendship that blossoms between Nigerian refugee Little Bee and Widow Sarah from London. When Little Bee goes to live with Sarah after being released from a detention center, their lives continue to intertwine. The critically acclaimed novel is reportedly being adapted into a film.