PTI sponsors a series of student-run debates through its Janus Forum Student Society. Janus, the god who looked two ways, is the symbol for this debate society. The Janus Forum invites to campus prominent intellectuals with distinctly different points of view to debate a topic. Other debates will be led by AU faculty or AU students. Every student club on campus that deals with moral and political questions may have a member on the Janus Forum Student Society Board.

Megan McArdle is the author of The Upside of Down: Why Failing Well is the Key to Success (Viking, 2014) and is a Washington, D.C. based columnist for Bloomberg News. Her work has appeared in the Atlantic, the New York Times, Newsweek, and other outlets.

Bhaskar Sunkara is the founder and editor of Jacobin magazine and has been called by the New York Times one of the "breakout stars" of the young new left. His new book is a co-edited volume, The Future We Want: Radical Ideas for the New Century (Metropolitan Books, 2016).

The Political Theory Institute at American University hosts a Janus Forum conversation between two noted experts on poverty and inequality. William Darity is the Samuel DuBois Cook Professor of Public Policy, African and African-American Studies and the Director of the Samuel DuBois Cook Center on Social Equity at Duke University and has written widely on structural causes of inequality. Isabel Sawhill is a Senior Fellow in Economic Studies at the Brookings Institution in Washington, D.C. and has written on family structure and poverty, including most recently Generation Unbound: Drifting Into Sex and Parenthood Without Marriage (2014). 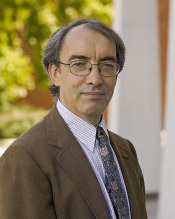 Larry Bartels holds the May Werthan Shayne Chair of Public Policy and Social Science at Vanderbilt University. His scholarly work focuses broadly on American democracy, including public opinion, electoral politics, public policy, and political representation. He is a member of the American Academy of Arts and Sciences, the American Academy of Political and Social Science, and the National Academy of Sciences. His 2008 book, Unequal Democracy, appeared on a New York Times list of "economics books of the year" and won the Gladys M. Kammerer Award for the year's best book on U.S. national policy. He is also the author of P residential Primaries and the Dynamics of Public Choice which won the Woodrow Wilson Foundation Award for the year's best book on government, politics, or international affairs as well as co-editor of Mass Politics in Tough Times (2014, with Nancy Bermeo) and Campaign Reform (2000, with Lynn Vavreck). His upcoming book (with Christopher Achen) is entitled Democracy for Realists. Bartels has served as vice president of the American Political Science Association, president of its Political Methodology section, and chair of the Board of Overseers of the American National Election Studies. He is a trustee of the Russell Sage Foundation and an occasional contributor to the Washington Post's Monkey Cage blog. 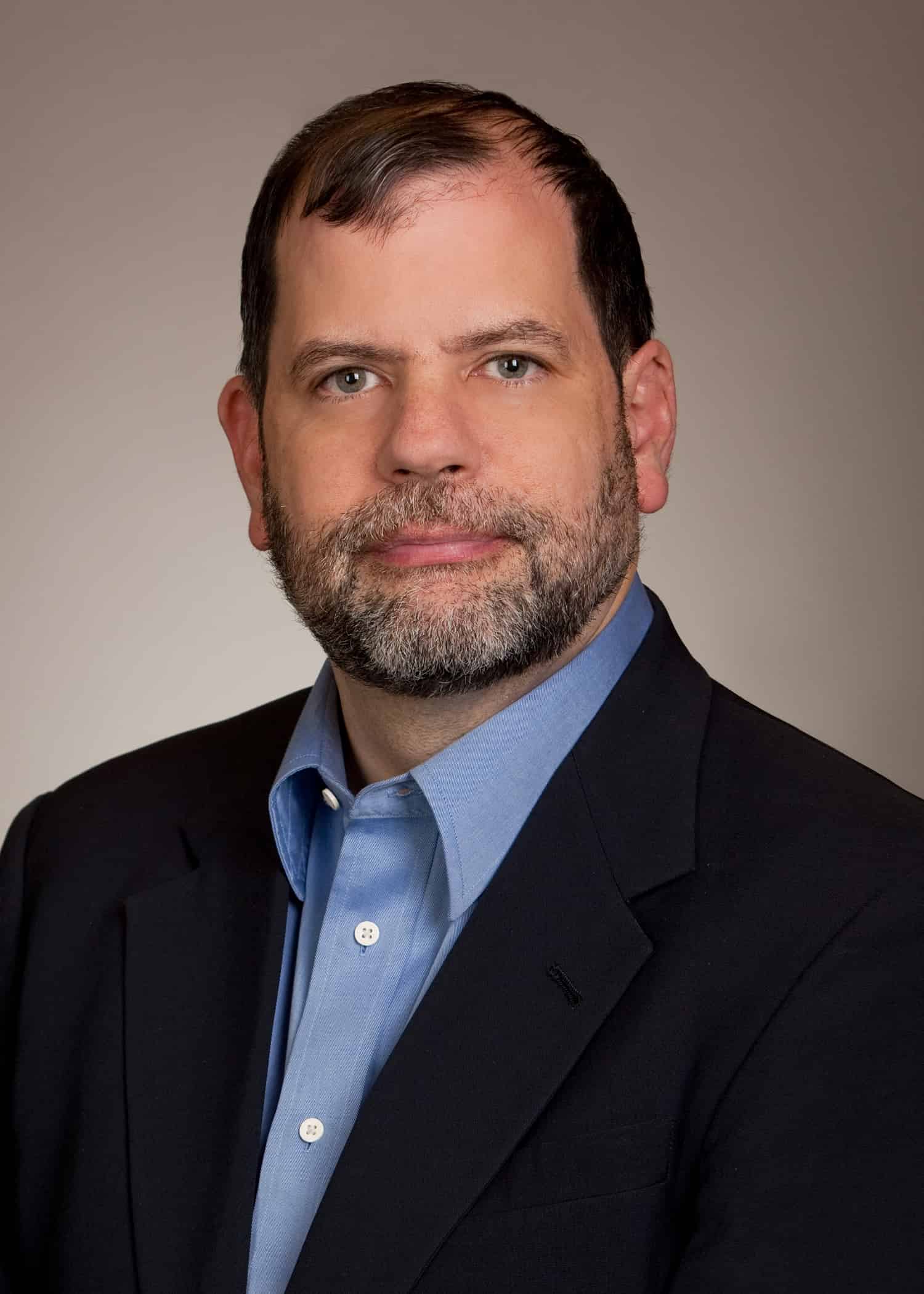 Tyler Cowen is Holbert L. Harris Professor of Economics at George Mason University and also Director of the Mercatus Center. He received his PhD in economics from Harvard University in 1987. His book The Great Stagnation: How American Ate the Low-Hanging Fruit of Modern History, Got Sick, and Will (Eventually) Feel Better (2011) was a New York Times best-seller. He was recently named in an Economist poll as one of the most influential economists of the last decade and last year Bloomberg BusinessWeek dubbed him "America's Hottest Economist." Foreign Policy magazine named him as one of its "Top 100 Global Thinkers" of 2011. His latest book Average Is Over: Powering America Beyond the Age of the Great Stagnation (2013) focused on the implications of growing inequality. He also co-writes a highly-regarded economics blog at www.marginalrevolution.com, and he has recently initiated an online economics education project, MRUniversity.com

This conference will address a major problem facing society and explore the best theories, presented by leading experts in the field, in solutions to the quandary.

Our first annual conference (2012) was entitled "Whither American Education?" Our 2013 conference was entitled "Morality and the Future of Capitalism," and our 2014 conference celebrated the life and writing of Chinua Achebe.

2014 Conference: A Commemoration of the Life and Work of Chinua Achebe

Nigerian writer Chinua Achebe (1930-2013) is known the world over for having played a germinal role in the founding and development of African literature. He is considered among the most significant world writers. He is most well known for the groundbreaking 1958 novel Things Fall Apart that has sold over twelve million copies and has been translated into more than fifty languages. Achebe's global significance lies not only in his talent and recognition as a writer, but also as a critical thinker and essayist who has written extensively on questions of the role of culture in Africa and the social and political significance of aesthetics and analysis of the postcolonial state in Africa. He is renowned, for example, for "An Image of Africa," his trenchant critique of Conrad's Heart of Darkness. In addition, Achebe is distinguished in his substantial and weighty investment in the building of literary arts institutions. His work as the founding editor of the Heinemann African Writers Series led to his editing over one hundred titles in it. Achebe also edited the University of Nsukka journal Nsukkascope, founded Okike: A Nigerian Journal of New Writing and assisted in the founding of a publishing house, Nwamife Books-an organization responsible for publishing other groundbreaking work by award-winning writers. Achebe won numerous honors and awards, including The Dorothy and Lillian Gish Prize (2010), Man Booker International Award (2007), Presentation in the Everyman's Library collection by Alfred A. Knopf (1992), Rockefeller Fellowship (1960), UNESCO Fellowship for Creative Artists (1960), Margaret Wrong Prize, The New Statesman Jock Campbell Prize, and The Commonwealth Poetry Prize.

This panel, on the first anniversary of Achebe's death, celebrated his life and writing. Featured speakers included Tijan Sallah, a famous Gambian poet who knew Achebe and wrote a biography of him; Charles Larson, professor emeritus at American University and the first American scholar to publish a book on African literature, who also was a good friend of Achebe's; and PTI Director Alan Levine, who published two pieces on Achebe.

The Political Theory Institute brings some of the most talented recent doctoral graduates from the U.S. and abroad to American University. Interested applicants should check the website periodically for additional information and instructions.

Robert Garrow’s main areas of expertise are modern liberalism, American political thought, and Platonic political philosophy. His research focuses on the relationship among pride, the soul, and immortality. His first teaching position was aboard the USS George Washington, a Nimitz-class aircraft carrier stationed in Yokosuka, Japan. He has subsequently taught at California State University, San Bernardino and Pitzer College. He earned his BA from the University of Colorado at Boulder and his MA and PhD from Claremont Graduate University.

Brandon Turner serves as Visiting Assistant Professor of Government in the School of Public Affairs. He is currently on leave from Clemson University, where he is Assistant Professor of Political Science with a joint appointment at the Clemson Institute for the Study of Capitalism. He has published articles in The Review of Politics, Polity, and elsewhere, and is currently finishing manuscripts titled Antagonism in the Liberal Tradition and Classical Liberalism: A Short History. His current research focuses on the emergence of the economic way of thinking in the early modern period. Turner has been the recipient of several teaching awards. This year at AU, he will offer a fall course on the political theory of capitalism and a spring course on classical liberalism. He earned his BA in Political Science, History, and Philosophy at Miami University in 2004 and his MA and PhD at the University of Wisconsin-Madison in 2008.

Matthew Holbreich earned his PhD in 2011 from the Department of Political Science at Notre Dame University. His dissertation, “Tocqueville and the French Tradition of Political Liberty,” provides a novel reading of liberty and sovereignty in Rousseau, Constant, Guizot, and Tocqueville. Holbreich has a master’s degree from the École des Hautes Etudes en Sciences Sociales (Paris, 2006) and a BA from Tufts University (2005). As an undergraduate, he spent a semester each at Karls-Eberhart Universität in Tübingen, Germany (Spring 2004) and at the Université de Paris, Sorbonne I and IV (Fall 2003). Holbreich has been awarded a Lilly Presidential Scholarship from Notre Dame (2006-11), an Institute for Humane Studies Scholarship (2010-11), and a Tufts University Class of 1942 Prize (2005), granted to the three students most likely to become outstanding university professors. He has also won two national essay contests: the Pi Sigma Alpha Political Science Honors Society Penniman Scholarship (2004), awarded to four students nationwide, and the ISI Weaver Fellowship for Best Essay on Education and a Free Society (2011). Since 2005 he has presented papers at 12 professional conferences, and in 2010-11, he worked as an editorial intern for the Review of Politics. In addition to revising his dissertation, Matthew is currently completing a two-article series on the political and religious thought of Abraham Lincoln. In Fall 2011, he is teaching “American Political Thought,” and in Spring 2012 he will lead a seminar (GOVT 496/696) entitled “Freedom.”

How Should You Vote?
William Kristol vs. William Galston

Are The Benefits of American Global Leadership Worth The Costs?
Christopher Preble vs. Jamie Fly

The Role of Art in Democracy

Read more about the 2013 PTI Annual Conference, "Morality and the Future of Capitalism."