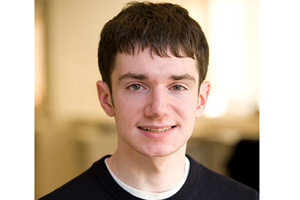 In the past decade, social media has become a driving force for reporting and is imperative for distributing content. Many newsrooms have hired social media editors to manage their approach to social media. As such, the roles and responsibilities of a social media editor are relatively new and the position is often a desirable one.

Recently, AU alumnus Ethan Klapper, SOC/BA ’11, joined the Huffington Post as politics social media editor. He manages the presence of Huffington Post Politics in social media. Klapper says that his motivation to start a career in journalism derived from his experience working for The Eagle newspaper. “Coming into AU, I saw an opening to work for The Eagle and I got the job. I loved working in a newsroom and [was] hooked on journalism. After taking journalism classes and doing internships, I knew this was what I wanted to do,” he said.

Klapper admits that working in social media journalism has its pros and cons. Klapper says, “I love the fast pace and unpredictability of it, especially in the online world. No two days are ever the same, and that’s really important to me in a job. However, [working in journalism has] long hours. Journalists don’t work a typical 9 to 5 day. But I don’t really mind.”

When asked how his education and experiences helped him obtain his dream of working in journalism, Klapper says, “Being in D.C., I was able to snag amazing internships at The Washington Post, Bloomberg BNA and The National Journal, which eventually turned into my first full-time job. I had some great professors in SOC who taught me, including Jane Hall and Lynne Perri, and received support from some who didn’t teach me – like Amy Eisman and David Johnson. I learned a lot working at The Eagle as well.”

Since social media jobs are relatively new, most don’t understand the responsibilities involved with being a social media editor. When asked what a typical day is like, Klapper says, “I manage the social media presence of Huffington Post Politics, which [includes] Facebook, Twitter and Google+, but I’m constantly thinking of new ways to share our content with our readers. I also coordinate with a team of social media editors who are looking at the sites overall social presence, monitor social media site's to spot news as it's happening, and pass those items off to our editors. I also write short pieces, which is fun.”

While Klapper is excited about his accomplishments and looks forward to more social media roles, becoming a reporter, or working in management, he admits the field is changing so it’s tough to speculate where he will be ten years from now. However, Klapper says, “I always tell aspiring journalists to experiment, and to learn from your mistakes. [This] field changes so fast that experimentation and innovation is always a requirement.”