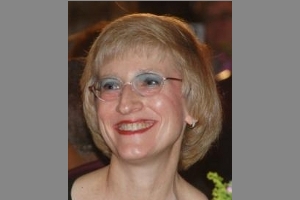 For Karen Bune, CAS/BA ’76, SPA/MS ’78, a love of AU began at an early age. As a child, she took music theory classes on American’s campus. Years later, her prior love of the school as well as the American Studies major brought her to American for her undergraduate degree.

Today, Karen L. Bune serves as a victim specialist in the Domestic Violence Unit of the State’s Attorney’s Office for Prince George’s County, Maryland. Her job includes working closely with the prosecution and the victims to ensure that victims are advocated and provided for through the legal process. Often, this involves bringing comfort and understanding to domestic violence victims while ensuring that the offenders are held accountable.

“A big challenge in my present work...is empowering victims to understand they must go forward with their cases and with prosecution. Though my office has a ‘no drop’ policy, I have the challenges of dealing with many victims who, after reporting a criminal incident, subsequently say they want to drop charges,” says Bune. “I have to attempt to make them understand the devastating and potentially deadly consequences of domestic violence and enlighten them to the necessity of holding the abuser accountable.”

Additionally, she acts as an adjunct professor in the Department of Criminal Justice at George Mason University in Fairfax, Virginia, and Marymount University in Arlington, Virginia, where she teaches victimology.

Bune is board certified in Traumatic Stress and Domestic Violence, and she is a fellow of the Academy of Experts in Traumatic Stress and the National Center for Crisis Management. She also serves as a consultant for the Training and Technical Assistance Center for the Office for Victims of Crime and the Office of Juvenile Justice and Delinquency Prevention, U. S. Department of Justice.

Furthermore, she is a nationally recognized speaker and trainer on victim issues and a writer for PoliceOne magazine. Bune describes writing as one of her avocations and appreciates the ability to use her written and spoken words to disseminate information about domestic violence.

Her passion for the field of criminal justice began at AU through the encouragement of Professor Ronald Weiner. As an expert on violent sex offenders and a challenging but inspirational professor, Weiner helped Bune shape her career goals and encouraged her to pursue a master’s in criminal justice from American.

“My whole tenure at American has a very special place in my heart,” said Bune. In addition to her education at AU, Bune says that the institution is recognized within her field as exceptional.

Bune also identifies with the tough job market that recent graduates face today. At the time of her graduation, criminal justice positions were sparse and many of her peers turned to alternate careers, but Bune never gave up on her dream.

“I never settled for something I didn’t want to do. I kept going until I got a job in the field I was passionate about,” said Bune. As for recent graduates, Bune advises them to “always keep your dignity and make sure that your values and behavior reflect positively on the school. Be proud you went to AU.”