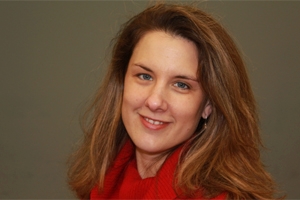 From D.C. to Chicago, Laurie went on to receive her doctorate in communication sciences and disorders from Northwestern University. While there, she completed an internship with top-notch childhood development learning centers, such as Johns Hopkins Kennedy Krieger Institute, Yale University School of Medicine's Center for Learning and Attention, and the National Institute of Child Health and Human Development.

Coupling her understanding of literature with her learning in cognitive development, Laurie conducted research for 12 years, first as a postdoctoral fellow and then as a member of the faculty, at Johns Hopkins School of Medicine/Kennedy Krieger Institute. She tested how learning disabilities manifest themselves in early childhood and how the neural structure and function of the brain can begin to inform educational practices.

Currently, Laurie holds multiple faculty positions at Vanderbilt University, including an endowed chair with appointments in both Vanderbilt's Peabody College of Education and Vanderbilt's Medical School. She is also the faculty director of Vanderbilt Kennedy Center Reading Clinic, and part of the Vanderbilt Brain Institute. Her diverse research is part of a new discipline known as educational neuroscience, which integrates previously isolated bodies of knowledge to form new exciting connections. Laurie embodies a new age of scientists whose backgrounds in the arts serve to inform their passion and dedication to social causes.

Laurie excitedly admits that while her educational path was non-traditional, in retrospect, she wouldn't have it any other way. "I would not be where I am today without my time at AU," she said. She remains very close with several of her friends from AU, including her best friend. Their sons were born two weeks apart, and the families regularly hear stories from their time on campus.