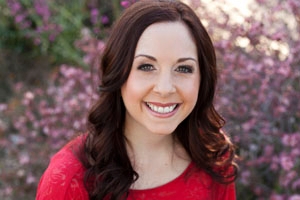 “I truly hope that after reading this book, a student or alumna walks away with validation and adopts the ‘it’s not just me’ mentality when finding/managing her friendships.”

So says alumna Nicole Zangara, CAS/BA ’06, about her book, Surviving Female Friendships: The Good, The Bad, and the Ugly, an analysis of how to find and keep female friendships in the age of new technology and social media. Nicole is a licensed clinical social worker and provides psychotherapy in Arizona, where she moved to be closer to family.

Nicole decided to write the book because she felt that “there wasn’t enough information out there for women who have experienced complicated friendships – from how we meet and make friends to the long-lasting friendship that ends without any explanation, to having to let go of an unhealthy friendship.”

In this book, Nicole not only recalls her own experiences but also includes stories from women ranging in age from 20 to over 60. “Regardless of age, every woman has a story,” she says. “Another reason for the book is that, as women grow older, we tend to focus on our family and career, and sometimes friendships take a backseat in our lives; it’s not good or bad, it simply is, and I want to acknowledge the shifts that so often happen in female friendships.”

The book examines what Nicole calls a popular myth about female friendships —that they will last. “Friendships take work. They take both parties putting in time and effort to keep the friendship going. Oftentimes, friendships lose steam if both people are not reaching out in some way,” she says.

The longest friendship that Nicole herself has consistently maintained has lasted seven years (and counting). “This friendship has lasted so long because we both put in time and effort to make it last. And the kicker is that we don’t live in the same state, so it takes even more time and effort – calls , emails, and text messages to maintain the friendship,” she says.

According to Nicole, one of the best parts of writing the book was “asking various women for their incredible stories, thoughts, and experiences and being able to give them a voice.” She says also enjoyed the “journey” of making a book.

When sharing aspects of her AU experience that have stuck with her since graduation, Nicole says, “I learned a great deal about friendships during my time at AU and even write about some of these experiences in the book. College allowed me to grow as a person, yet also provided insight into how friendships can change.”