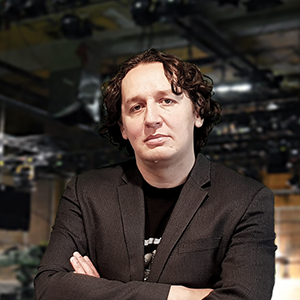 Executive Director of the Institute for IDEAS

Dr. Pietroszek is an Associate Professor in Film and Media Arts division of the School of Communication. He is the Founding Director of the Institute for Immersive Designs, Experiences, Applications and Stories (Institute for IDEAS), an Associate Director of the Center for Environmental Filmmaking, and is also affiliated with the Game Lab, and the Department of Computer Science. Krzysztof teaches immersive filmmaking courses in the undergraduate and graduate film programs and game development courses. His research interests include application of machine learning to media, designing volumetric cameras and telemedicine equipment, and developing technologies related to creating films and interacting in virtual and augmented reality. Krzystof holds a Ph.D. in Computer Science from the University of Waterloo, Canada, M.F.A. in Film, York University, Canada, M.A. in Communication Studies, Wilfrid Laurier University, Canada, and B.Sc./M.Sc. in Computer Science with courses in Archeology.