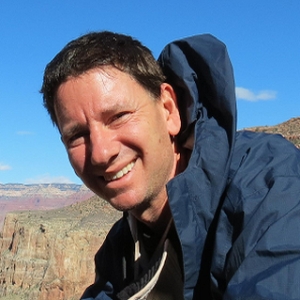 Philip Johnson received his PhD in theoretical physics from the University of Maryland in 2000, as a member of the Gravitational Theory Group working on problems at the interaction of general relativity and quantum field theory. From 2000-2004 he was a postdoctoral fellow with the superconducting quantum computing group at Maryland. From 2004-2006, he was a National Research Council post-doctoral fellow at the National Institute of Standards and Technology (NIST) in Gaithersburg, Maryland, where he was a member of the quantum processes group and worked with the NIST Laser Cooling and Trapping Group on the physics of ultracold atoms in optical lattices. In 2006, he joined the Department of Physics at American University (AU) in Washington DC, where his research has focused on developing the theory of effective interactions for few-atom systems with collaborators from the Joint Quantum Institute of NIST and the University of Maryland, and on superconducting qubit physics with collaborators at Johns Hopkins Applied Physics Laboratory. This research includes applications to quantum computing, sensing, simulation, and metrology. While at AU, Dr. Johnson has served as Chair of the Department of Physics and as the Associate Dean of Research for the College of Arts and Sciences. In 2017, he helped build and now directs AU's Integrated Space Science and Technology Institute (ISSTI), which supports cutting-edge research by over 20 AU research faculty together with a external partners including NASA's Goddard Space Flight Center. In addition to Dr. Johnson's service at AU, he previously served on the executive committee of the Topical Group on Few-Body Systems and Multiparticle Dynamics, and is currently on the American Physics Society (APS) governing council representing the Mid-Atlantic Section.