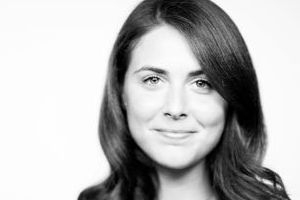 When Kelsey Donohue arrived at the Washington Semester Program for the spring 2013 term, she was in her last term at Marist College, and she knew she had to have a paying job by the time the semester ended.

As part of the Journalism and New Media concentration, Donohue wanted to find out how the news media operated to help her shape a career in public affairs and politics.

Her seminar course introduced her to many of Washington’s journalism and communication innovators, who were willing to offer advice on how to get ahead – always network; the people you meet now you will see over and over again as you rise in Washington.

Donohue took that advice to heart. At her internship at the Department of Education communications office she got experience in digital media, learned more about education police, and saw how government works.

“Navigating DC and understanding how federal agencies work is an education in itself,” she said. “I got connected through networking.”

Sure enough, at the end of the term, she had impressed her supervisor so much that she was offered a full-time job right out of the Program – one of three offers.

But that was not the end of the story. Within six months, the Education job ended and she landed with EMILY’s List, an advocacy group to promote the political careers of Democratic women. Within a few more months, people she had networked with at the Education Department helped her land a position doing digital media at the State Department.

Done yet? Not a bit. Within a few more months, she heard through her network that she was being recommended for a position in First Lady Michelle Obama’s communications office.

Two years out of the Washington Semester Program, and she had reached the White House. Now her days are filled with the controlled mayhem of working to promote the First Lady and the Obama administration agenda, writing press releases, working on social media content and “wrangling reporters,” she told the current Washington Semester Journalism and New Media class.

“The Washington Semester Program taught me all about DC and how to navigate it,” she said. “It was an education that can’t be found in a classroom.”

She said she will work with the First Lady until the end of the administration. Then she will pick up those networking skills to go on to the next challenge.