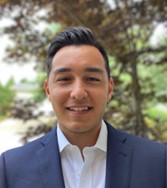 Keisuke Fujio is a senior CLEG major in the School of Public Affairs, hailing from Waltham, Massachusetts. He became interested in bridging divides and finding common ground while growing up as a half-Japanese American in both MA and NC – where, perhaps, culture and politics could not be more different. Keisuke previously served as an intern for NC Attorney General Josh Stein and currently serves as a Founding Board Member for the AU Student Alumni Association. In his free time, Keisuke enjoys poker, crossfit, and discovering new places to eat. He looks forward to bringing in-person discourse events back to campus this year and re-engaging with the AU community in a variety of PCD programs.

Alice Kahkajian is a senior in American University’s School of Public Affairs pursuing an interdisciplinary Bachelor’s Degree in Communication, Legal Institutions, Economics, and Government(CLEG). She is a student in the AU Honors Program, SPA Honors Program, and is involved in AU’s International Relations Society. Alice also serves as an ambassador on behalf of Free the Facts; a non-profit organization that creates educational programs to aid young Americans in understanding complex economic, social, and political issues pertinent to their lives. She is looking forward to working alongside all the peer facilitators to foster meaningful discussions among AU students!

Olivia Gauvin is a senior majoring in Political Science with minors in Religious Studies and History. She is also a member of the AU Honors Program, as well as the SPA Leadership program. Olivia is from North Chicago, and spent her junior year abroad studying History & Politics at the University of Oxford’s Lady Margaret Hall in the United Kingdom. Olivia is also a member of the national professional honors fraternity Phi Sigma Pi. She is passionate about facilitating complex discussions as she believes challenging civil discourse enriches one’s academic and interpersonal experiences.

Ben Parsons is a senior studying Political Science and Public Administration from Wentworth, New Hampshire. Growing up in a place with very different political views from his own, his political organizing included reaching across the political aisle to try and work together to solve an issue. Coming to AU, Ben has enjoyed being able to work with PCD to encourage the exchange of ideas across campus. Outside of PCD, Ben loves being outdoors, spending time with friends, and watching live sports. He is excited to work with PCD this year! 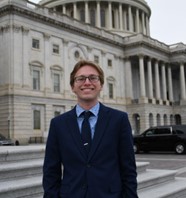 Jack Baum is a senior at American University's School of Public Affairs and College of Arts and Sciences pursuing studies in Political Science and Economics. He currently serves as Co-Editor-in-Chief of American University’s Undergraduate Law Journal. Jack has been working with the Project on Civil Discourse since his sophomore year to bridge divides on campus and promote civil, educational conversations for AU students. 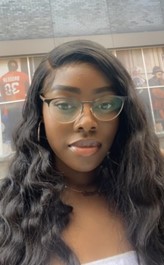 Chanelle Bonsu is a graduate student at American University's School of Public Affairs pursuing a Master’s of Public Policy. She joined the Project on Civil Discourse because she wanted to gain a better understanding of how people think to find a common ground. She believes it is important to create an inclusive space to navigate difficult conversations. She enjoys traveling, writing, and producing music outside of PCD. Chanelle is looking forward to having meaningful conversations with the AU community! 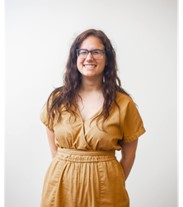 AJ Given is a junior studying International Studies at the School of International Service. After being frustrated by the lack of truly open and non-judgemental discussions in class and club activities at AU, AJ was thrilled to find the Project on Civil Discourse. PCD has given AJ the opportunity to learn extensively about speech, the importance of respect, and civility. AJ hopes that other students will get to enjoy, disagree with, and be challenged by the important discussions PCD hosts. She also enjoys reading, exploring new recipes, and taking care of her houseplants. 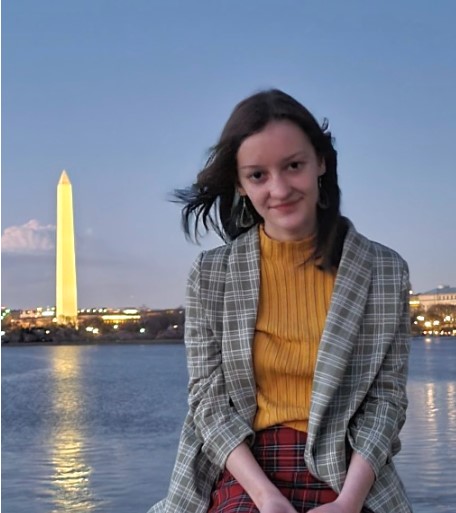 Lindsey Harriman is a sophomore studying Philosophy and Political Science in American University’s College of Arts and Sciences and School of Public Affairs. Revering inclusivity as the premier component of establishing a civil discourse, Lindsey intends to foster a comfortable space at AU for students of all perspectives to share their voice in the classroom. She considers open-mindedness a preface to productive discussions; an environment in which a student is discouraged from participating -- even subtly -- on account of being in the minority is not productive. Lindsey hopes that she will incentivize students to analyze their values and improve their engagement as listeners and speakers. 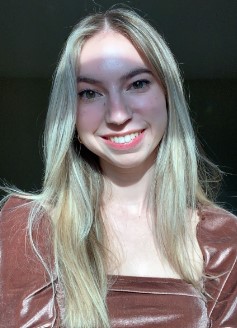 Dakota Willenbrock is a senior in American University’s School of Public Affairs pursuing a degree in Political Science. She is a member of the SPA Honors Program and has previously worked as a student associate with AU’s Sine Institute of Policy & Politics. Dakota joined PCD in an effort to help foster productive discussions among a diverse, passionate student body. In her free time, Dakota enjoys writing, trying new restaurants, and playing the piano. 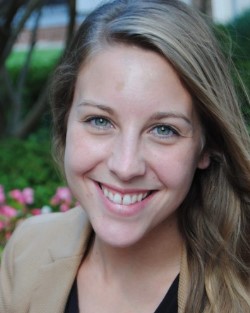 Monika Chill is a second year Masters student studying Public Administration in American University’s School of Public Affairs. Monika believes that a lot of conflict in political discourse is really just miscommunications. With a background in ministry and philanthropy, Monika hopes to bring multiple perspectives to all conversations. Monika joined the Project on Civil Discourse to learn from other students in a setting where learning is encouraged while being an example of how to listen, learn, engage, and respectfully disagree. 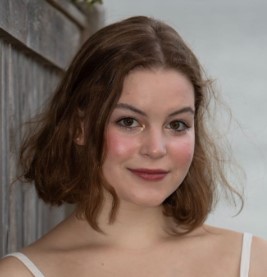 Abigail Chase (she/her) is a third-year student at American University majoring in Justice and Law and minoring in Psychology and International Affairs. She is also a member of the Lincoln Scholars, a political philosophy fellowship program at AU. Abigail is thrilled to work with PCD and sees civil discourse as critical in countering the instinct to view those who disagree with us as outsiders. 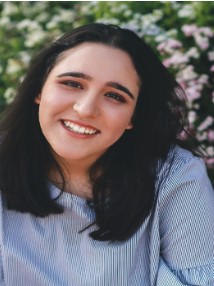 Sophia Nayyar is a third-year Community-Based Research Scholar at American University. She is double majoring in Interdisciplinary Studies: Communications, Legal Institutions, Economics, Government (CLEG), and Legal Studies, and pursuing a certificate in Community-Based Research. Sophia is passionate about building connections and creating safe and respectful spaces for dialogue where all participants feel recognized. She is extremely excited to be a part of the Project on Civil Discourse and looks forward to having engaging and impactful conversations with students. In her free time, Sophia enjoys photography, swimming, and reading memoirs. 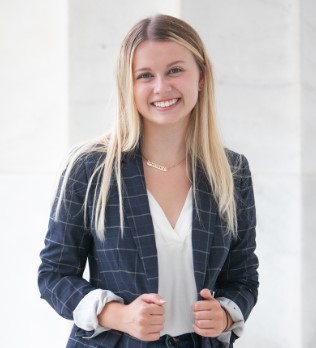 Josie Magnotti is a senior in the School of Public Affairs studying Political Science with a minor in Legal Studies. Aside from Project on Civil Discourse, she is involved in the Pre-Law Society and Undergraduate Law Review. She also spent her junior year studying History and Politics at the University of Oxford where she served as a committee member in the Oxford Union. Through her work in electoral politics, policy advocacy, and the legal field, Josie has become incredibly passionate about fostering meaningful conversations on pressing issues, and she is so excited to further this interest within PCD. In her spare time, Josie enjoys reading, fitness classes, and doing Washington Post crosswords. 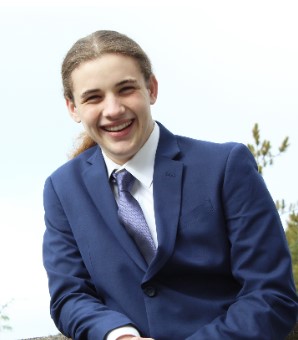 Silas Engel is a senior in American University’s School of Public Affairs and College of Arts and Sciences pursuing a dual major in Political Science and Computer Science. Silas joined the Project on Civil Discourse to help develop meaningful conversations between people of diverse backgrounds and to improve his own skills at communicating with others. Outside of PCD, he enjoys technology, reading, and programming. 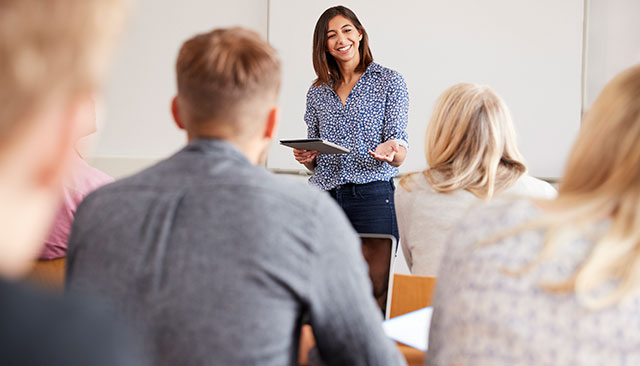 Would you like to become a peer facilitator for the Project on Civil Discourse?