Todd Eisenstadt, professor of government at AU’s School of Public Affairs, is the first recipient of the LeoGrande Award. Professor Eisenstadt receives the award for his book, Politics, Identity, and Mexico’s Indigenous Rights Movement. Drawing on years of field research and an original survey of more than 5,000 respondents, this book argues that, contrary to claims by the 1994 Zapatista insurgency, indigenous and non-indigenous respondents in southern Mexico have been united by their socio-economic conditions and land tenure institutions as much as, or more than, by their ethnic identities.

Two scholars will share the LeoGrande Prize. Alexandra Délano, an assistant professor of global studies at the New School for Social Research, receives the LeoGrande Prize for her book, Mexico and its Diaspora in the United States: Policies of Emigration Since 1848. The work examines how the Mexican government's assessment of the possibilities and consequences of implementing certain emigration policies from 1848 to 2010 has been tied to changes in the bilateral relationship with the United States.

José Ángel Hernández, an assistant professor of history at the University of Massachusetts–Amherst, is the other recipient of this year’s LeoGrande Prize. Professor Hernández is recognized for his book, Mexican American Colonization During the Nineteenth Century. This study is a reinterpretation of nineteenth-century Mexican-American history, examining Mexico's struggle to secure its northern border with repatriates from the United States, following a war that resulted in the loss of half Mexico's territory. 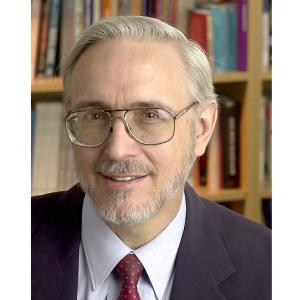 One of the world’s most accomplished scholars in Latin American politics and U.S. foreign policy, Professor LeoGrande has been a Council on Foreign Relations International Affairs Fellow, and a Pew Faculty Fellow in International Affairs. He has written five books, including Our Own Backyard: The United States in Central America, 1977 – 1992. His articles have appeared in various international and national journals, magazines and newspapers. Most recently, he was co-editor of A Contemporary Cuba Reader: Reinventing the Revolution.