Click on a staff member's name below to read their profile. 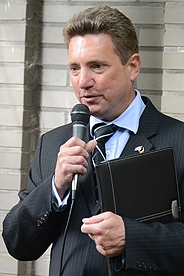 Dr. Jerome (Jerry ) Sheridan is the Director of American University's Brussels Center and a Professor of International Relations at American University. Since coming to Brussels in 1991, he has developed, directed, and taught a number of specialized academic programs on the European Union and NATO for students coming from American University's main campus in Washington, DC. He serves as a Lecturer at the Netherlands Defense College, and as a frequent guest lecturer for various European and American audiences on transatlantic relations, the European Union's Common Security and Defense Policy, and NATO. He is also the Chairman of the Fulbright Commission for Belgium, Luxembourg, the European Union, and NATO. Outside of academia, Dr. Sheridan is the President of the American Overseas Memorial Day Association in Belgium. He is a Past-President of Lions Club Ijsedal Tervuren, and a member of the Executive Board of the Transatlantic Council of the Boy Scouts of America. He is an active participant in the Transatlantic Policy Network and the American Defense Industry Forum, and is a member of several other community service, cultural, and professional organizations. Professor Sheridan graduated with honors from the University of Notre Dame and earned his Doctorate in Economics from American University. Prior to coming to Belgium, he taught at American University's London Semester Program, and on the main campus in Washington, DC. While in graduate school, he worked as a part-time Legislative Aid for a Member of the United States Congress. He has also taught at the University of Notre Dame in South Bend, Indiana. Dr. Sheridan and his family live in Tervuren, Belgium. He is a dual national, trilingual, and an avid amateur mountaineer. 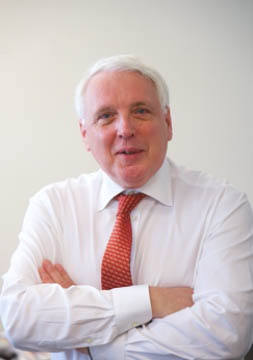 Outside NATO, Jamie Shea has been involved with several prominent academic institutions. For 20 years, he was Professor at the Collège of Europe, Bruges. He was also Visiting Lecturer in the Practice of Diplomacy, University of Sussex and Associate Professor of International Relations at the American University, Washington DC.  Jamie Shea is a Senior Transatlantic Fellow of the German Marshall Fund of the United States and a Senior Fellow at the London School of Economics, where he teaches a course on crisis management and political communication.

Amongst his many associations and memberships, Jamie Shea is an Associate Fellow at Chatham House. He serves on the Board of the Danish Defence College, Copenhagen and is currently a Senior Advisor at the European Policy Centre and a Senior Fellow at Friends of Europe. These are two of the most active and influential policy think tanks in Brussels.

Jamie Shea has been awarded two honorary doctorates: one from the University of Surrey and the other from the National School of Public Administration in Bucharest, Romania. He is a recipient of the NATO medal for Meritorious Service.

In 2020, Jamie Shea was awarded the honour of Companion of St. Michael and St. George for services to NATO and diplomacy.

Professor Dr Geert van Calster is full professor in the University of Leuven, and visiting professor at Monash University’s Law faculty (Melbourne), the China-EU School of Law in Beijing, King’s College, London, as well as adjunct professor at American University. He is also an independent legal practitioner at the Belgian Bar. His practice and scholarship focus is on conflict of laws (private international law), EU and international regulatory law (especially environment), and international and EU economic law. He keeps a blog on these issues at www.gavclaw.com 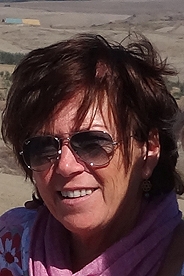 Before becoming Housing Coordinator for the AU Brussels Center in 2002, Bénédicte Debray and her family hosted AU students in their own home for over seven years. During that time, Bénédicte and her husband had three children of their own growing up in the home. To this day, Bénédicte is moved when she thinks about how much her children were influenced by the American students who stayed with them. Later, her own children stayed with American homestay families in the United States. Therefore, she knows the homestay experience from both the perspective of the family and the students. She also knows that the experience of learning about other cultures through homestays produces more open-minded adults. That's why Bénédicte approaches her position as Housing Coordinator with deep personal engagement. In her own words "I treat these students as I wanted my own children treated when they were abroad." Bénédicte knows that communication is they key for a successful homestay relationship, and that each student shapes his or her own relationship with the Belgian homestay family. Bénédicte looks forward to working to build more relationships between undergraduate students and homestay families in the coming years. 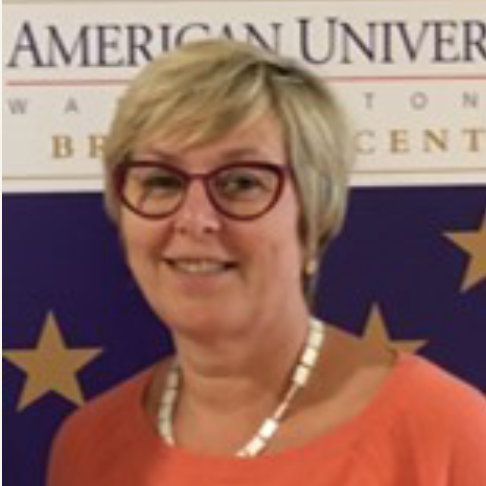 Ivonne Bruyninckx is the Assistant Director for AU Brussels. She studied chemistry and in the course of her career, mostly at American corporations, she moved to the area of health, safety and security, and facility management. She lives together with her husband in a small village about 20 km from Brussels. They have two daughters who both graduated from university obtaining a master in Industrial Design, a creative though scientific degree. She likes spending her holidays abroad, and her favorite destinations are Italy and United States. She likes reading and exploring her own and neighboring countries by bike. The combination of many years of work experience and being a parent helps her in supporting the program. She helps the students with administration and on a variety of practical & personal issues related to the study program in Belgium and on the multiple field trips. Françoise Celis is the Internship Coordinator at AU Brussels. She has worked for many years as a professional translator in Brussels and works closely with a wide range of organizations and companies in Brussels. Starting with a high-school summer exchange program in France, Ethan developed a fascination for other cultures. After studying international relations and Japanese at Bucknell University, Ethan spent an extended period of time living and teaching in Japan on the JET Program. He has also spent time abroad in such places as Australia, Thailand and the U.K., and continues to regularly return to Japan and Asia. He has worked for the Embassy of Japan and later a Japanese consulting firm. Ethan has his M.A. in International Training and Education from American University. He was thrilled to join AU Abroad in February 2004. Mathew Stifter is one of the study abroad advisors for the AU Abroad Center in Brussels, Belgium. He earned his MA in International Training and Education from American University in 2018. Matthew also attended AU’s School of International Service and graduated with his BA in International Studies. As an undergraduate student, Matthew studied abroad in Berlin, Germany. Studying abroad not only improved his German language ability, but also allowed him to achieve new insights into who he was and how he related to the world. He can be your resource for LGBTQ life in Madrid, the quirkiness of language in Brussels, or where to visit the giraffes near Nairobi!