Check back or subscribe to our newsletter for upcoming performances in Summer 2022!

February 13-15
The Boy Detective Fails
With the able assistance of his sister and his best friend, Billy Argo can solve any crime that comes his way—except for the most disturbing puzzle of all. Read the review in DC Metro Theater Arts
March 26-28
The Birds by Aristophanes
cancelled
First performed in 414 BC, the story is timeless—humans frustrated with life on earth seek a utopia. They find it in the trees with the birds. Then things get complicated...
April 17-18
DANCEWORKS 2020
cancelled
AU Dance Program’s annual mainstage presentation of fresh and seasoned perspectives on concert dance.
September 25-26
Overture: 200222020
Online

What does it feel like to turn 18 in 2020? AU’s incoming theatre class speaks out.

October 16-17
The Women
Online
This classic 1930's comedy of manners is a hysterical and touching exploration of the pampered lives and power struggles of wealthy Manhattan socialites and the gossip that propels and destroys their relationships. The Women is presented by special arrangement with Dramatist Play Service, Inc., New York.
October 29-30
Miss You Like Hell
Online
This fresh new folk-rock musical by Pulitzer Prize winner Quiara Alegría Hudes explores the complicated bond between a teenage daughter and her mother—an undocumented immigrant from Mexico—as they embark on a roadtrip together across the US. “Miss You Like Hell” is presented through special arrangement with and all authorized performance materials are supplied by Theatrical Rights Worldwide 1180 Avenue of the Americas, Suite 640, New York, NY 10036.
November 13-14
CHOREOLAB
Online
Choreolab 2020 is a concert of new dances by emerging choreographers. Choreolab gives selected students the opportunity to research and develop their creative methodologies and stretch and articulate their artistic tastes and ideals, drawing from a variety of cultural and social influences.

October 17–19, 25–26
How to Succeed in Business Without Really Trying
Big business leads to big laughs in this clever lampoon of life on the corporate ladder.
February 14 – 16
The Wolves
Nine members of a high school soccer team warm up for practice, negotiate growing up, and battle with each other and themselves.
March 28 – 30
The Government Inspector
A hilarious case of mistaken identity sends a Russian town into panic and greed.
April 13 – 14
Danceworks 2019: Fulcrum
American University Dance Company brings fresh and seasoned perspectives on concert dance. 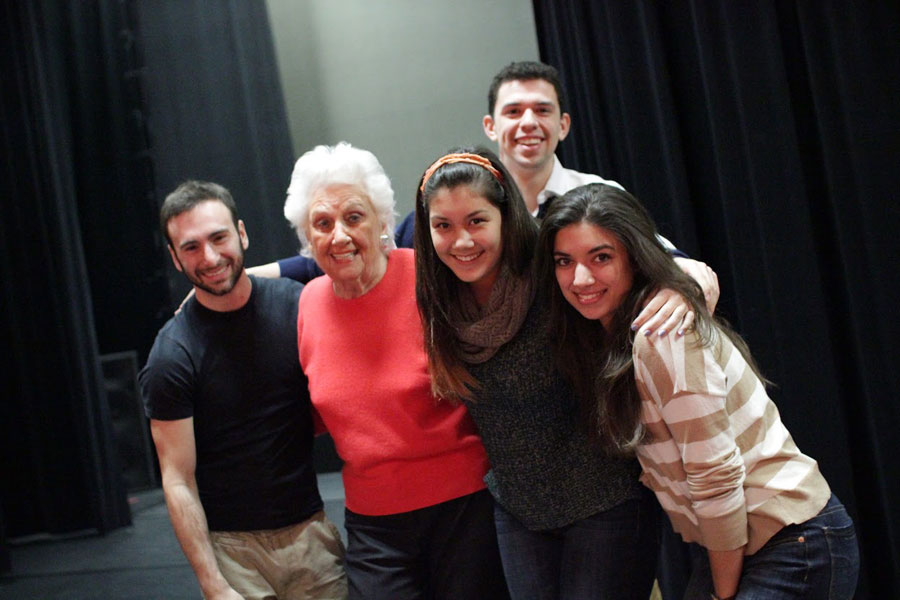