College of Arts and Sciences faculty are sharing trailblazing scholarship, pulling from their experience inside and outside the classroom, crafting poetry, and spinning stories to publish books across the arts, humanities, and sciences.

Recent book releases by CAS faculty include a vital history of bankruptcy in America, new and selected poems by David Keplinger, an exploration of the politics behind modern environmental policy, and a masterful novel about secrets, sisters, and survival. Read on to learn more about just some of the books written by CAS faculty! 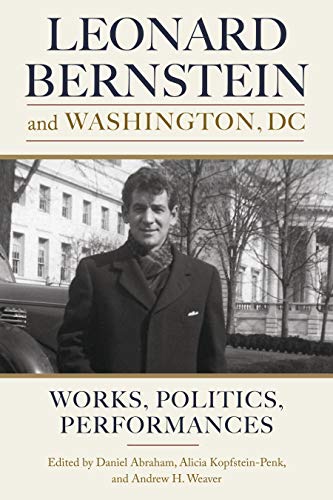 By examining Bernstein through the lens of Washington, DC, this book offers new insights into his life and music from the 1940s through the 1980s, including his role in building the city's artistic landscape, his political-diplomatic aims, and his relationships with the nation's political elites. 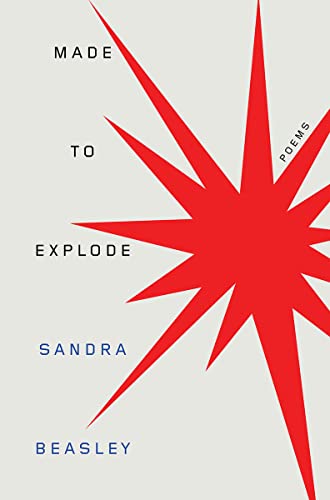 Acclaimed poet Sandra Beasley interrogates the landscapes of her life in decisive, fearless, and precise poems that fuse intimacy and intensity. She probes memories of growing up in Virginia, in Thomas Jefferson’s shadow, where liberal affluence obscured and perpetuated racist aggressions, but where the poet was simultaneously steeped in the cultural traditions of the American South. 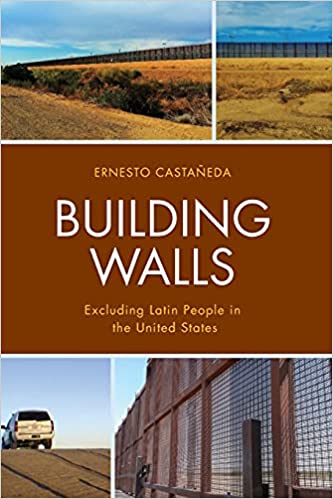 The election of Donald Trump has called attention to the border wall and anti-Mexican discourses and policies, yet these issues are not new. Building Walls puts the recent calls to build a border wall along the US-Mexico border into a larger social and historical context. 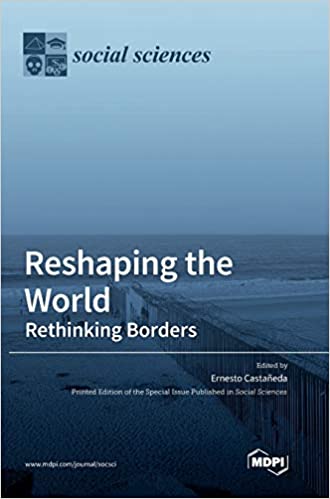 This volume provides information and analyses to better grasp the social implications of geographical border,s as well as the individuals who travel between them and those who live in border regions. 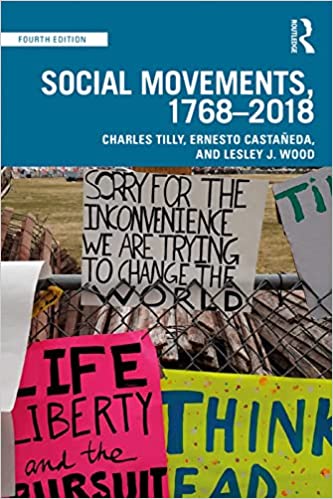 Social Movements 1768-2018 provides the most comprehensive historical account of the birth and spread of social movements. This new edition includes case studies focusing on social movements in Mexico, Spain, and the United States including Black Lives Matter, immigrants’ rights struggles, The Indignados, mass incarceration and prisoner rights, and more. 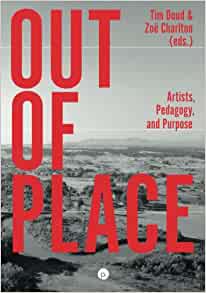 Out of Place: Artists, Pedagogy, and Purpose

Out of Place: Artists, Pedagogy, and Purpose presents an overview of the different paths taken by artists and artist collectives as they navigate their way from formative experiences into pedagogy. A work of literary fiction with an American mystery at its center, The West House is about the traumatic pasts that haunt the book’s characters, and about the stories that it is possible for us to tell about those pasts. 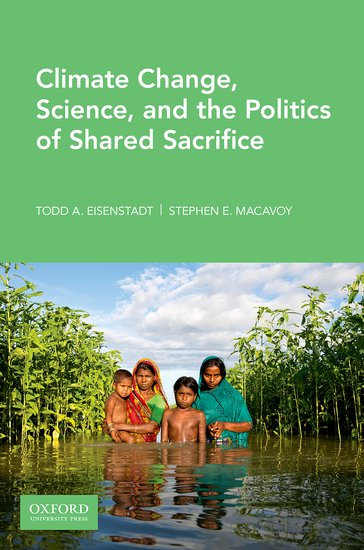 Climate Change, Science, and the Politics of Shared Sacrifice

Designed for undergraduate courses that cover climate change politics within environmental studies, politics, and international relations courses, Climate Change, Science, and The Politics of Shared Sacrifice integrates science and policy within each chapter by considering technical issues as well as their political implications. It reflects the recent changes in US climate policy under President Biden, as well as by other international actors, and covers recent technological advances, including carbon capture, storage and solar energy efficiency. 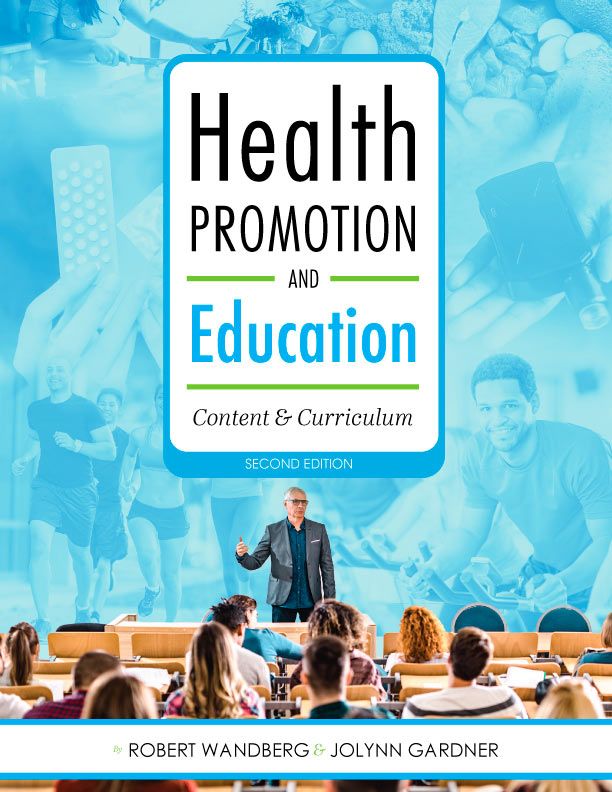 The second edition of Health Promotion and Education: Content and Curriculum presents students with best practices for school and public health education. Filled with practical applications and examples, the book is written with future professional experiences in mind and provides teaching strategies and learning activities for diverse learning populations. 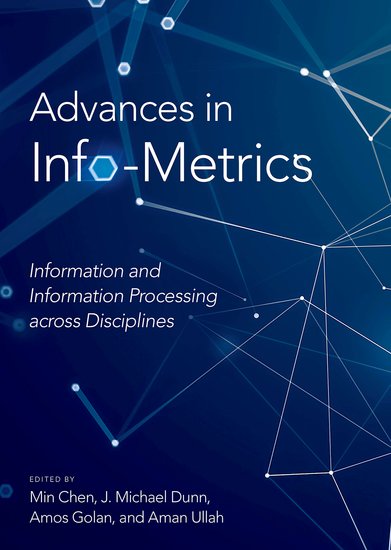 Min Chen, J. Michael Dunn, Amos Golan, and Aman Ullah bring together a group of 30 experts to expand the study of info-metrics across the sciences and demonstrate how to solve problems using this interdisciplinary framework. 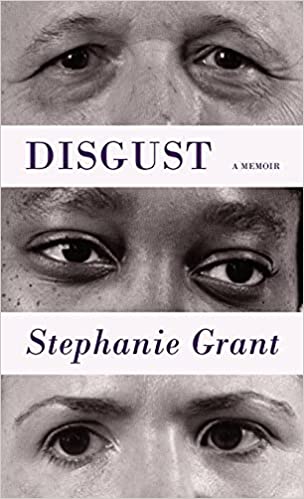 In this hybrid memoir, Stephanie Grant works to make sense of three generations of female self-disgust in her family while considering how it challenges both the American ideal of equality and our real-life experiences of intimacy. 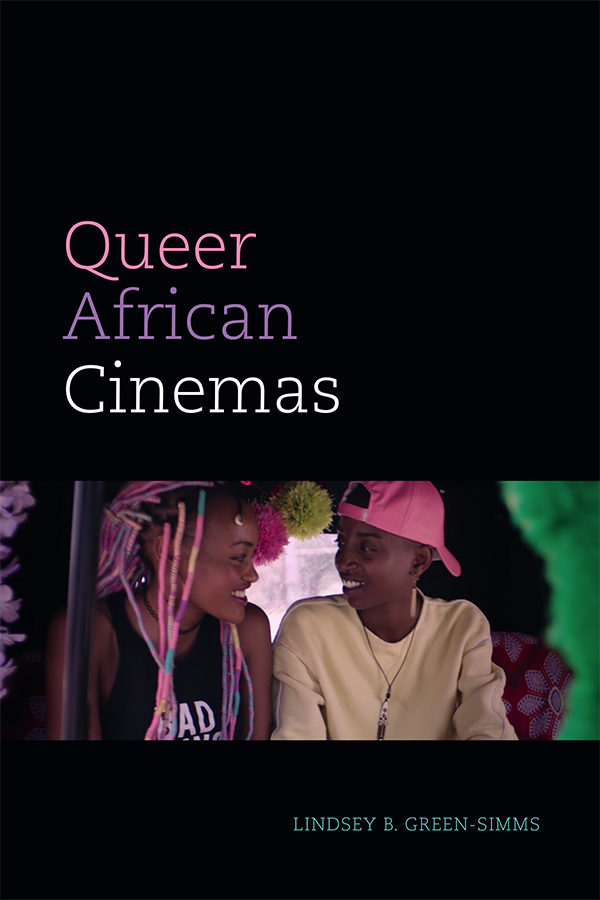 Queer African Cinemas examines films produced by and about queer Africans in the first two decades of the twenty-first century in an environment of increasing antiqueer violence, efforts to criminalize homosexuality, and other state-sanctioned homophobia. 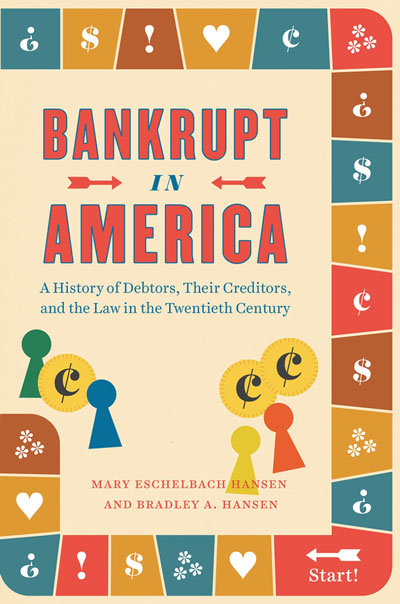 Bankrupt in America: A History of Debtors, Their Creditors, and the Law in the Twentieth Century

In 2005, more than two million Americans—six out of every 1,000 people—filed for bankruptcy. In Bankrupt in America, Mary and Brad Hansen offer a vital perspective on the history of bankruptcy in America, beginning with the first lasting federal bankruptcy law enacted in 1898. 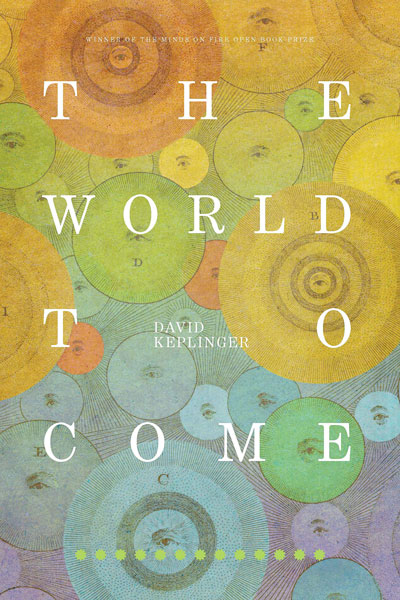 The World to Come

The World to Come, by David Keplinger, the author of seven books of poetry, is the winner of the third annual Minds on Fire Open Book Prize awarded by Conduit Books & Ephemera. A dazzling collection of prose poems, The World to Come imagines the future while honoring the prose poem's rich tradition. 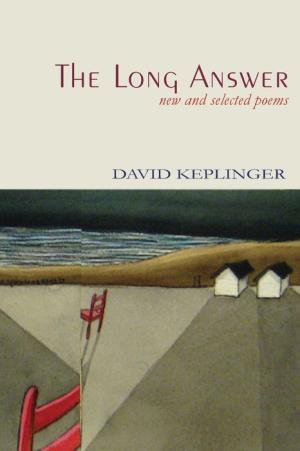 Selected from five books highlighting more than 20 years of work, The Long Answer marks the best of David Keplinger’s engagement with the lyric form, from his first collection, chosen by Mary Oliver for the T.S. Eliot Prize, to his most recent, winner of the Rilke Prize in 2019. The collection also features over 30 pages of new material. 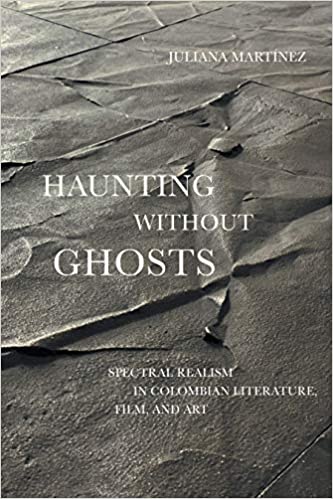 Juliana Martínez argues that recent Colombian novelists, filmmakers, and artists―from Evelio Rosero and William Vega to Beatriz González and Erika Diettes―share a formal and thematic concern with the spectral but shift the focus from what the ghost is toward what the specter does. 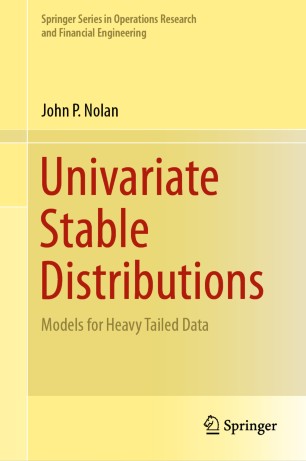 Introduces the theory, numerical algorithms, and statistical methods associated with stable distributions with an accessible, non-technical approach. Highlights the many practical applications of stables distributions, including in finance, statistics, engineering, physics, and more. 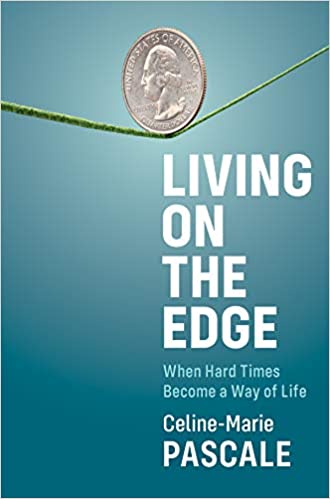 Living on the Edge: When Hard Times Become a Way of Life

Living on the Edge is about individual experiences and a nation in a deep economic and moral crisis. It’s about the collusion between government and corporations that prioritizes profits over people, over the environment, and over the nation’s well-being. It’s about how racism, sexism, violence, and the pandemic affect struggling communities. And it’s about hope and a vision for the future. 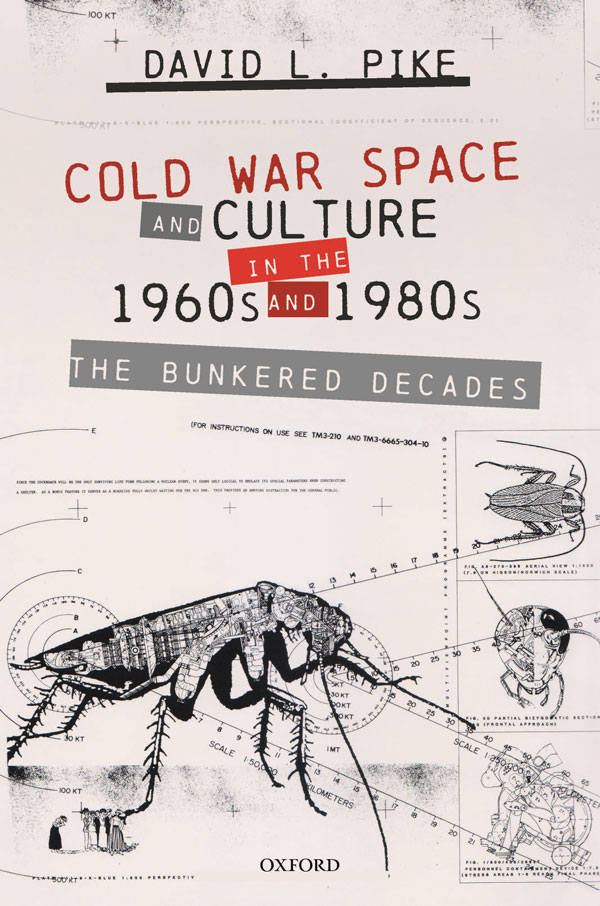 Cold War Space and Culture in the 1960s and the 1980s: The Bunkered Decades

Cold War Space and Culture in the 1960s and 1980s focuses on all the ways the spectre of nuclear destruction has been expressed, from comics, movies, and pulp paperbacks to policy documents, protest movements, and survivalist tracts. 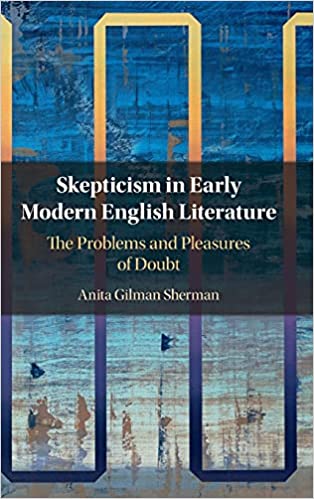 Skepticism in Early Modern English Literature: The Problems and Pleasures of Doubt

This ambitious account of skepticism's effects on major authors of England's Golden Age shows how key philosophical problems inspired literary innovations in poetry and prose. When figures like Shakespeare, Donne, and Milton question theories of language, degrees of knowledge and belief, and dwell on the uncertainties of perception, they forever change English literature, ushering it into a secular mode. 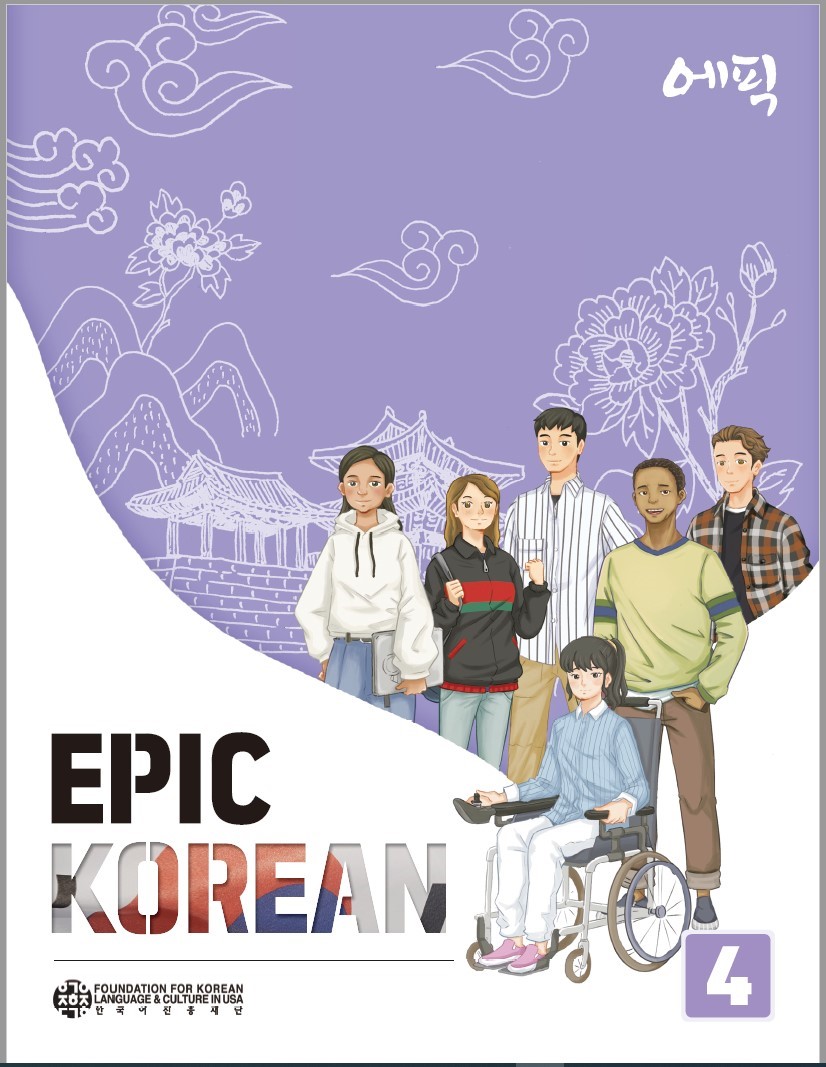 Epic Korean is a performance-based and proficiency-oriented textbook series, aligned with the five Cs (Communication, Cultures, Connections, Comparisons, and Communities) introduced by ACTFL’s World-Readiness Standards for Learning Languages.) and used nationally in the field of world language classrooms. 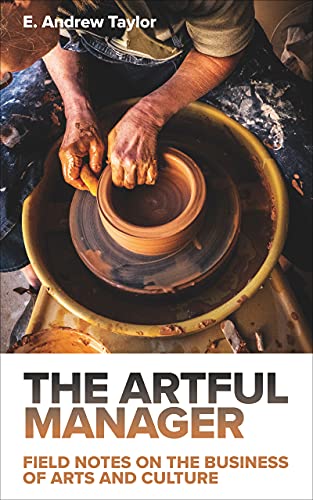 The Artful Manager: Field Notes on the Business of Arts and Culture

In these 50 “field notes” from his first quarter century of teaching, research, and consulting in arts and cultural management, E. Andrew Taylor reframes and reimagines the ways we think and work in the arts. 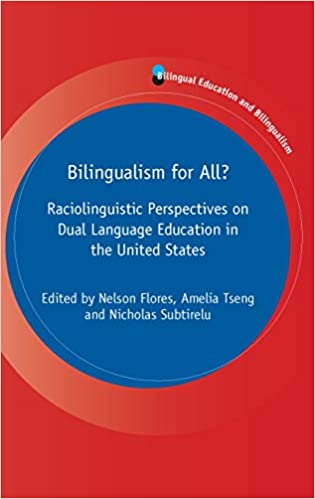 Bilingualism for All?: Raciolinguistic Perspectives on Dual Language Education in the United States

This book adopts a raciolinguistic perspective that points to the contradictory role that these programs play in both reproducing and challenging racial hierarchies. 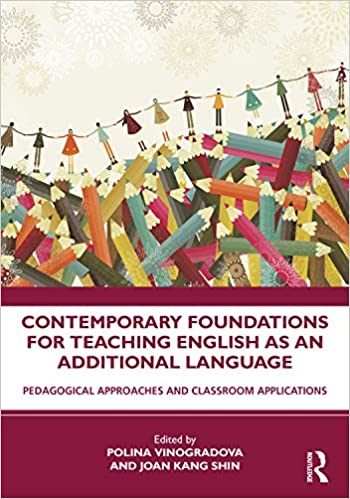 This volume on English as an Additional Language (EAL), argues for the importance of critical participatory pedagogies that embrace multilingualism and multimodality in the field of TESOL. It highlights the role of the TESOL profession in teaching for social justice and advocacy and explores how critical participatory pedagogies translate into English language teaching and teacher education around the world. 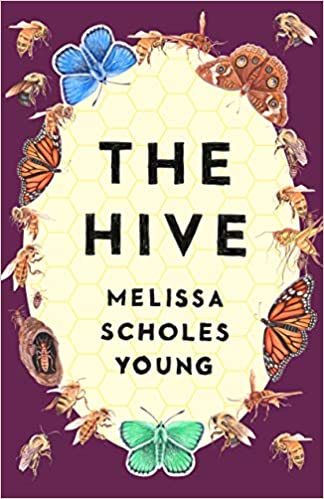 Facing an economic recession amidst the backdrop of growing Midwestern fear and resentment, the Fehler sisters unite in their struggle to save the company’s finances and the family’s future. To survive, they must overcome a political chasm that threatens a new civil war as the values that once united them now divide the very foundation they’ve built. Through alternating point-of-views, grief and regret gracefully give way to the enduring strength of the hive. 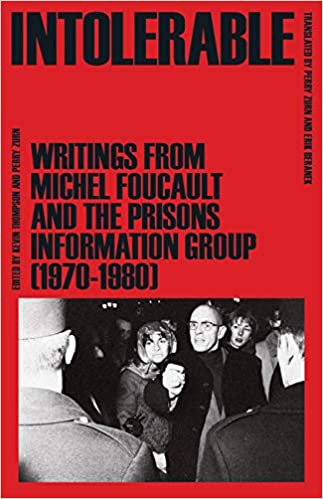 Intolerable: Writings from Michel Foucault and the Prisons Information Group, 1970-1980

Founded by Michel Foucault and others in 1970–71, the Prisons Information Group (GIP) circulated information about the inhumane conditions within the French prison system. Intolerable makes available for the first time in English a fully annotated compilation of materials produced by the GIP. 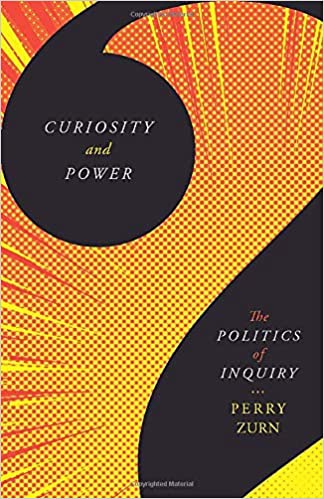 Curiosity and Power: The Politics of Inquiry

Curiosity is political. Who is curious, when, and how reflects the social values and power structures of a given society. Curiosity and Power explores the political philosophy of curiosity, staking the groundbreaking claim that it is a social force—the heartbeat of political resistance and a critical factor in social justice. 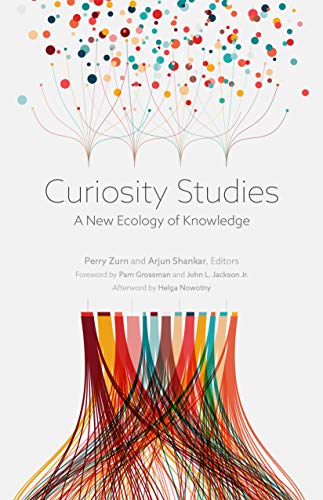 Few people can define curiosity. Curiosity Studies marshals scholars from more than a dozen fields not only to define curiosity but also to grapple with its ethics as well as its role in technological advancement and global citizenship.