At the beginning of the Covid-19 pandemic, people were bombarded with a constant stream of negative headlines. However, one topic yielded uplifting news—the environment. Positive stories circled the internet, from species rebounding from the brink of extinction, to new sources of renewable energy. One of the most well-circulated environmental topics was the decrease in fossil fuel emissions. Factories and offices closed, workers stopped commuting and traveling, and most colleges went virtual. As institutions of higher education moved towards virtual learning, they saw a decline in fossil fuel emissions, a goal that many universities have been working towards for years.

American University became the first carbon-neutral university in the United States in 2018, two years before the goal set by AU’s Office of Sustainability. The criterion for achieving carbon neutrality is not releasing excess carbon into the atmosphere. This can be accomplished by decreasing emissions, removing existing carbon dioxide, and/or directing renewable energy from the grid. AU became carbon neutral by building LEED gold-certified buildings, encouraging the community to reduce emissions, installing solar panels, and purchasing renewable energy credits and carbon offsets.

In many ways, the pandemic assisted American University’s efforts towards carbon neutrality. When almost all students, staff, and faculty moved off campus for a year, the university had to restructure its energy use. With lighting and heating reduced in many buildings, and fewer people commuting to campus, carbon emissions declined drastically. Two buildings among the few to remain open on campus were the Don Meyers Technology and Innovation Building and the Hall of Science. Both buildings feature high efficiency climate control systems and other new technologies, allowing them to run on less energy than the other older buildings on campus. 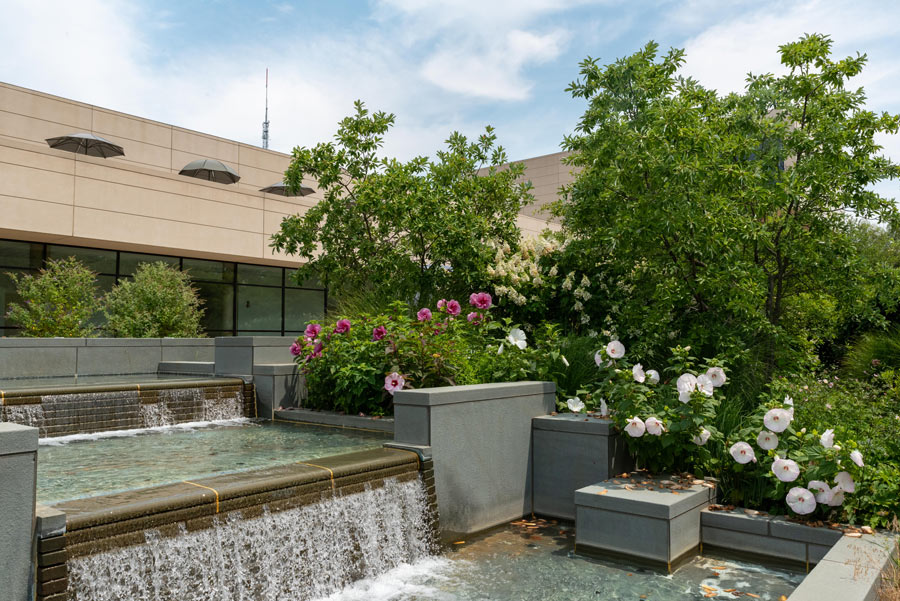 What exactly does a decrease in emissions mean for carbon neutrality? In short, it means that the school will spend less money to remain carbon neutral. Carbon offsets allow organizations to neutralize their carbon footprint through financial measures. In 2018, about half of American’s contribution towards carbon neutrality came from buying renewable energy credits and carbon offsets. This was used mainly to counteract emissions from transportation, although it is also used for natural gas use and emissions from landfills. American University tries to purchase carbon offsets that relate to the emission source as well as having an added benefit, such as educational value or community assistance. For example, to combat emissions of natural gas used on campus, AU will purchase carbon offsets that transform methane emitted from landfills and turn it into usable fuel.

While offsets balance out carbon that has already been emitted, energy credits are used to pay the city to provide clean energy as opposed to non-renewable energy. This allows an institution to reduce its carbon footprint and be assured that it will receive renewable energy without having to produce it. With buildings operating at a much lower capacity and fewer people on campus using electricity, AU has been able to save money on energy credits in the past year.

With the money saved in carbon offsets and energy credits, the university can potentially fund future environmental projects. While AU does not have an official plan to go “carbon negative,” there are more initiatives in the works to make the university emit less carbon and remain carbon neutral without turning to outside sources. The university’s new five-year sustainability plan came out on Earth Day—April 22, 2021. The plan includes actions such as constructing more net-zero buildings, making existing buildings more efficient, and putting less waste into landfills.

As we navigate the return to normal life, it is important to acknowledge both the temporary and permanent impacts of the pandemic. While this shift of energy use is not permanent, it can teach us lessons about how to better navigate the world and decrease our carbon footprint.