Each year, American University honors outstanding faculty who have made significant contributions in teaching, research, collaboration, and service. This year, College of Arts and Sciences faculty were honored by the American University Faculty, the Provost, and the Center for Teaching, Research, and Learning (CTRL).

Maria S. Floro, professor of economics and co-director of the Graduate Program on Gender Analysis in Economics, won the award for Outstanding Scholarship, Research, Creative Activity and Other Professional Contributions.

"Professor Floro is a leader in the field of gender analysis in Economics. Her achievements have been recognized by major funders, leading development organizations, and by our prospective PhD students, who often mention Professor Floro as a principal reason for applying to our program." -Mieke Meurs, Professor and Department Chair, Economics

In 2017, Floro received a three-year $1.8 million grant from the Williams and Flora Hewlett Foundation for research on caregivers. Her publications include, Informal Credit Markets and the New Institutional Economics (Westview Press, 1991) , Women's Work in the World Economy (Palgrave Macmillan UK, 1992), and Gender, Development, and Globalization (Routledge, 2015).

Catherine Stoodley, professor of psychology, won the Morton Bender Prize. She is being recognized for her outstanding scholarly work since attaining the rank of associate professor.

"Dr. Stoodley is an outstanding scientist and teacher. Her work on such conditions as autism has tremendous potential to improve not only our understanding of the brain but also clinical care and thus the lives of patients and their families." - David Haaga, Professor and Department Chair, Psychology.

Lacey Wootton, professor of literature, won the award for Outstanding Service to the University Community in a Term-Line Appointment Award. Wootton demonstrated exemplary contributions to the university community as shown through leadership in faculty governance.

"I'm delighted that the university is officially recognizing what I have known about Lacey Wootton since she gave me teaching tips when we shared an office in Gray Hall back in the nineties: she is an invaluable colleague. Lacey has excelled at every position in which she has served and has been a staunch and effective advocate for equal treatment for term faculty." - David Pike, Department Chair, Literature

Wootton is currently enrolled in the PhD program in Writing and Rhetoric at George Mason University. Her research centers on academic-labor issues and affective labor.

Monika Konaklieva, professor of chemistry, received the Provost's Award for Outstanding Faculty Mentorship in Undergraduate Research or Creative Work. This recognition is awarded to faculty who have shown an outstanding commitment to advising and mentoring students in undergraduate research or creative work that has resulted in publication or presentation at an academic conference. Of more than thirty undergraduate students who have worked on research projects in Konaklieva's laboratory, about half have been accepted in medical schools, and all the students in Konaklieva's laboratory have received awards.

"Dr. Konaklieva (better known as Dr. K among students) has mentored many undergraduate students in her research lab, developing new drugs for curing various diseases. Our students are high achievers who have received awards from the university and beyond. Dr. K's effective mentoring is instrumental to these successes." - Shouzhong Zou, Department Chair, Chemistry

Michelle Newton-Francis, professor of sociology, won the Provost's Award for Outstanding Faculty Mentorship in Undergraduate Research of Creative Work. This recognition is awarded to faculty who have shown an outstanding commitment to advising and mentoring students in undergraduate research or creative work that has resulted in publication or presentation at an academic conference. Professor Newton-Francis is currently mentoring several research projects for current and former students presenting at regional sociology conferences or progressing in their graduate studies.

"A crucial aspect of Dr. Newton-Francis's pedagogical commitments is moving students from being consumers of knowledge to active engagement with the process of producing knowledge. It is her work with students beyond the classroom that exemplifies this commitment and is also one of the most significant elements of the undergraduate experience at AU." - Gay Young, Department Chair, Sociology

Joanne Allen, professor of art history, won the Milton and Sonia Greenberg Scholarship of Teaching and Learning Award. The award recognizes faculty who have made a significant contribution to research-based analysis of teaching practices or curricular design. Her nomination spoke eloquently of how she blends traditional research associated with architecture and site visits that deepen student learning and critical thinking.

Erin Foreman-Murray and Britta Peterson, professors of performing arts, won the 2018 Ann S. Ferren Curriculum Design Award. This award recognizes the collaborative work of two or more faculty who creatively enable students to integrate their learning over the course of their undergraduate experience. In addition, their work to launch the BA in Dance represents connections to the AU Core and meets the high ambitions set out by former American University Provost Ann S. Ferren.

Juliana Martinez, assistant professor of world languages and cultures, won the 2018 Jack Child Teaching with Technology Award. The award recognizes faculty who demonstrate creativity in using technology in their teaching. Her nomination spoke to her use of technology by integrating familiar social media tools to creatively engage students to demonstrate historical motivation and context, coupled with use of language from the course literature and extending the use of digital humanities pedagogy.

Jesse Meiller, senior professorial lecturer of environmental science, won the Green Teacher of the Year Award. Jesse Meiller receives this award both in recognition of her long-term commitment to sustainable teaching, manifested through her eight years of certification, six of which at the highest gold level, and in recognition of her dedication to continuously making incremental changes that contribute to a more sustainable university, while inspiring her students to do so as well. 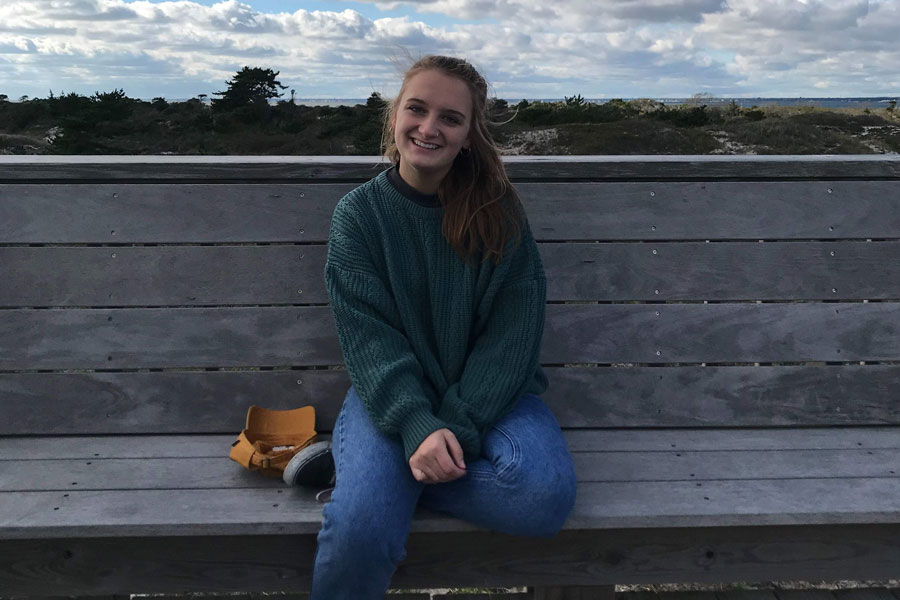